‘Construction started at new place, old buildings will be utilised for some other purpose’ 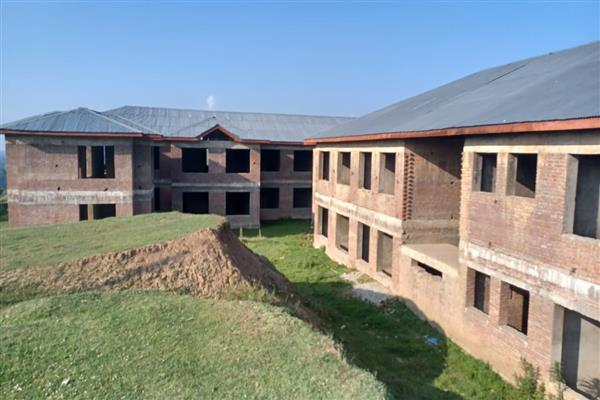 Kulgam, July 17: After spending crores of rupees on construction of buildings for the Sub-District Hospital at Damhal Hanji pora area of south Kashmir’s Kulgam district, the authorities in the Health department have now realised that the site isn’t feasible for such a project and have now started construction at another place.

The site identified is 2 kilometres away from the main town of D H Pora and is a rough terrain and the road leading towards it isn’t commutable, they say.

Sanctioned by the NC-Congress government 13 years ago, the construction of the hospital buildings was almost completed at old site.

“After 90% of the construction work was completed, authorities suddenly woke up to the fact that the road isn’t commutable and have decided to shift it to the alternative place,” Amjid Rashid, a social activist in the area, told Rising Kashmir.

“Large buildings have already been constructed and the money has already been utilised. This is such an unplanned execution of this all important project,” he said.

As of now, the hospital continues to work from the old buildings which have a space crunch, and most of the machines there are lying unpacked for want of feasible space, he added.

As per official sources, the authorities are now considering to relocate the hospital near the police station in the town which will cost further Rs 11.34 crore.

A senior health official in the district said the columns and slab work of a few floors is completed near the police station site and the rest of the work will be started soon. “Also, the previously constructed hospital buildings will also be used for another purpose,” he said.

“The cost incurred in constructing the abandoned buildings at the old site is Rs 16 crore and now more than Rs 11 crores will be spent on the construction of new buildings at another place. In this way, the crores of rupees are being wasted on projects that don’t seem to have been thoroughly surveyed and the person at fault has hardly faced any action,” a resident told Rising Kashmir.