Breast Cancer- What You Need to Know! 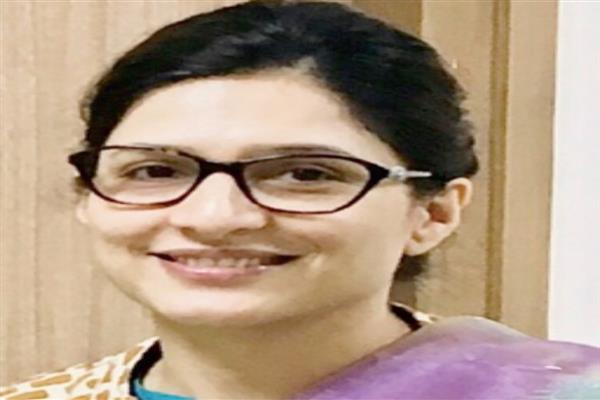 Regretfully, howsoever we may try to smother it, the fact remains that women’s health suffers globally due to various factors like lack of prioritizing the health of women, gender-baseddiscriminations in the form of domestic violence, workplace exploitations & underpayments, relatively scant access to healthcare especially the essential sexual & reproductive health services etc.

Amongst all contemporary health care issues, cancers are becoming new-age epidemic globally with around 18 million new cases being detected annually & 9.6 million deaths per year. 1 in every 4 deaths is due to cancers.

Unfortunately, cancer diagnosis and treatment suffer hugely due to various factors including public ignorance regarding various subtle signs and symptoms, social taboos related to this disease, myths created by society and sense of denial in people. And when it comes to something like breast cancer, further delays are causedby shying away from discussing this issue, lack of female surgeons available in conservative societies, fear of loss of an organ which it is identified with feminity, & fear of side effects of chemotherapy (especially hair loss in women), causing a huge obstacle in seeking proper and timely advice & treatment.

Breast cancer has become the most common cancer in women especially urban women & the number one killer in the reproductive age group. Around 2.3 million new cases are being diagnosed every year across the globe and about 1 million deaths occur due to breast cancer; 70% of these deaths are happening in low-mid income group countries and 30-50% of cancers are preventable.

In India breast cancer accounts for around 2 lakh new cases annually with close to 1 lakh deaths. The ominous fact is that, in India as compared to West, 60 % of breast cancers are diagnosed in advanced stage. In Kashmir, the Regional Cancer Centre (StateCancer Center), SKIMS, mentioned in one of their studies that roughly 15 new cases are being registered every day, which comesto around 4500-5000 new cases every year.

Breast cancer can start in any part of the breast, ducts, lobules or stromal tissue. Ductal Carcinoma is the commonest type with majority being invasive ductal carcinoma NOS (of no special type.)

If diagnosed in Stage 1, the overall 5-year survival rate is close to 90-95% while for the as same cancer diagnosed in Stage 4 the survival drops down to 20-25%, hence, the urgent need for creating awareness, and screenings and early detection. It needs to be noted that majority of breast cancers (90%) are sporadic which means can happen to anyone without any family history of breast cancers!

Screening is testing to find cancer in people with no signs and symptoms. It includes:

• Self breast examination (done by the woman herself).

•Clinical breast examination (CBE) by a trained healthcare professional. CBE can pick 4.6-10.7 % of breast cancers missed out on mammograms.

• Ultrasound of breast & armpits (Sono-mammography) usually for less than 40 years of age.

Some people may not have any signs or symptoms at all. However, various people have different symptoms. Some of the warning signs of breast cancer could be:

• New lump in the breast or armpit.

• Thickening or swelling of part of the breast.

• Irritation or dimpling of breast skin.

• Redness or flaky skin in the nipple area or the breast.

• Nipple discharge other than breast milk, including blood.

• Any change in the size or the shape of the breast.

• Pain in any area of the breast.

Although 70-75% of the lumps are noncancerous and pain in the breast could be just cyclic mastalgia (pain coming with menstrual periods) but that needs to be evaluated and ruled out by a trained healthcare professional.

Aging:  Risk increases as a woman grows older, especially 50 years & above. However, the breast cancer in India is striking a decade earlier than in western population and we are seeing a lot of young age breast cancers.

Race: African American (Black) women are more likely to die of this cancer; Ashkenazi Jews at a higher risk.

Physical Inactivity: Women with no or less physical activity have slightly higher chances of getting breast cancer.

Taller Women: Taller women have been seen to have slightly increased chances of having breast cancer. Though no direct link has been established but it is thought to be due to growth hormone like effects.

Previous chest irradiation: Patients who have received radiation therapy on chest for any disease eg Hodgkin’slymphoma before the age of 30 years.

Exposure to diethylstilbestrol (DES): DES was being used in the past to prevent repeated abortions. Whether the lady had received it herself or her mother had received it while she was in the womb, her chances of having breast cancer increased.

Smoking and alcohol: It increase the risk.

Nulliparity: Having no children or no full-term pregnancy increases the chances.

Elderly primigravida: Having first childbirth after the age of 35 years increases the chances.

OCP: Oral contraceptives are only associated with very slight risk of breast cancers if taken over very prolonged time.

All women with a breast lump should undergo a TRIPLE TEST comprising of:

2. Breast Imaging: Bilateral (Both sides) Mammogram and or Ultrasound or MRI as appropriate.

Goals of treatment are to try the best to save the breast wherever possible & reduce local recurrence and the spread to other parts.

2) Chemotherapy: Various regimes based on molecular subtype of breast cancer.

5) Radiation Therapy: Various options are provided based on various feasibilities:

It is very important to create awareness about early signs, break the social taboos attached to it, bust the myths about various treatments like its surgery and chemotherapy etc. to sensitize the public about this disease and various diagnostic and therapeutic options & advancements available.