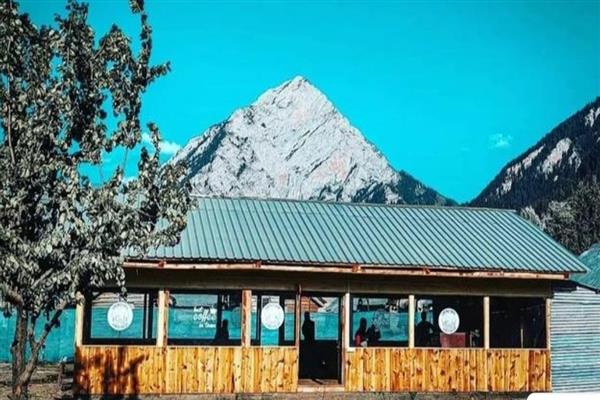 The sub-continent of India, once a seat of great civilization and a cradle of various religions and cultures has always been the crucible of change for mankind for better. The northern frontiers of India, Himalayas have had the unique distinction of acting as a buffer as well as a way point for connecting two of the world’s largest human civilizations on this planet i.e. the Indus valley civilization as well as the Chinese. World famous Chinese scholars cum travellers like Huein Tsang & Fa Haien were the first of Chinese ambassadors of hope bringing along them the theme of Chinese Buddhism or philosophy south of the Himalayas at a time when there was no proper border or travelling conveniences to say. Undeterred they soldiered on under the weight of their Buddhist convictions and the belief of its propagation worldwide. India with a land border stretching to about 15200 kms and trying to make a common cause with friendly countries like Bhutan, Nepal, Sri Lanka , Myanmar, Bangladesh and not so inimical to its interests like China and Pakistan has a very ominous Task cut out before it. The coastal line of the country extending to about 7516 kms adds to its woes.

The nation in order  to tide over such gigantic tasks has no wonder put in place institutions like the BRO (Border roads organization) which has its job neatly cut out in terms of maintaining the border roads and are a life line for the frontier people and their rising aspirations as well as for the robust defence of  India. In fact the border area development in terms of road infrastructure got a fillip in the mid 19th century during the ‘Great Game ‘days involving the Czarist Russia and Victorian England each trying to outsmart other in their Geo-political hegemony for the coveted ‘Jewel in the crown’ i.e. India. Being an army man one can’t escape the rigours of border area service with its entire vicissitudes in tow. Two recent news items caught my eye prompting me to write this article. One was the grandiose plan by the BRO under the aegis of the MOD to open up way side amenities in the form of ‘Border roads cafes’ at 75 different locations in the 12 states/UTs and the second but equally stunning news was the lone Café going by the name ‘Log hut café’ run by the IA at ‘Dawar’ area of border town of Gurez in northern Kashmir’s Bandipora district.

Having had the good fortune of serving almost the entire stretch of the towering ranges of Himalayas from Ladakh to Arunachal Pradesh with places thrown in like Siachen , Sugar sector,  Joshimath, Sikkim, Tuting, Walong and Mechuka in the far east the border areas get spoor in permanently in your memory for posterity. The everlasting but nagging problem in such areas is the tedious road connectivity with its monotonous journeys along the myriad twists and turns as seen by the traveller.  The only break in achieved in this monotonous travel was afforded by an occasional ramshackle tea/coffee jaunt run by the locals. But no longer now. With the Border roads organization’s recent announcement of establishing ‘Border road cafes’ all along the frontiers of our country things have brightened up.These so called ‘Border roads cafes ‘ will be providing amenities like restaurants, food plazas, parking for 2 &4 wheelers ,separate rest rooms for women, men and differently abled, first aid facilities and much more. As per the official reports, emanating from the MOD the BRO will establish up to 14 ‘Border cafes’ in Ladakh region to include Kargil, Matyan, Khaltse, Debring, Sarchu, Pang, Hanle, Nyoma, Agham etc. In Himachal Pradesh the organization is going firm on building these modern conveniences at 07 places to include Sissu in Lahul, Manali, Kharo, Sumdo in Kinnaur valley on the Powari-Kaurik highway bordering Indo-Tibet region. Similarly in the Uttrakhandregion BRO plans to have its footprint of modern Cafes at places like Darkot, Bhaironghati, Gwaldam ,Manera bypass, Pandukeswar, Mayri Grant , to name a few.

As far as J&K is concerned border roads has its plate full to have 12 road sections approved for this purpose to include TeePee, Tragbal, Hussaingaon, KM95, KM117.90, KM58, Siot, Budhal, Kapotha and Surankote to cater to the palate of the border people. The NE, border areas of Punjab& Rajasthan too have some places on the radar of BRO for undertaking this novel venture. The entire proposal revolves around the PPP (Public-private partnership) model with the locals forming part of the main nucleus of this maiden venture for a term of 15 years extendable for another 5 years. As if this is not enough, the Indian army on its own volition went a notch higher and without assistance from the BRO last year established an excellent ‘Border café’ in the close proximity of LC at Dawar area of north Kashmir’s border town of Bandipora district under the Gurez sector. One can find an overview of the world famous ‘Habba Khatoon’ mountain a triangular massif jutting into the azure blue skies of Gurez with a cup of Cappuccino and a razzmatazz of people jostling around on tables in the brand new border café going by the equally mesmeric name as ‘Log hut café’ . Having served in the Gurez valley way back in 2003/04 this particular area used to be a bleak zone by the riverside of famous Kishan Ganga flowing in all its ferocity in torrents. With hardly any amenities to come by during those days one had to stock himself in body and material possessions before kick starting either from Srinagar or Bandipora.

With changing times this remote corner of northern Kashmir too has seen its fortunes change for the better. The ‘Log Hut café’ is in fact a one stop spot for the parched souls heading for the ever discerning Kishan Ganga valley as well as serve a successful business model for the locals of the area. The café is just about heralding the business tourism and helping the needy locals with a ready-made template to emulate and get gainfully employed. The above effort by the IA has been creating a lot of awareness amongst the locals who hitherto used to rush out to the plains of Punjab, Jammu and rest of India to find employment.In all today there are 14 cafes, home stays, rented accommodation etc  in Gurez Valley for a tourist to choose from. A very long call from the days of 2003 when the same area used to reverberate with the aftershocks of artillery duels between India and Pakistan and movement restricted to night time. Till 2021 over 15,000 tourists visited Gurez Valley and till this year about 12.000 have already had a brief sojourn with this pristine valley. One pleasant change which this ‘Log Hut café  has brought is the way fast food in the form of Maggi, Pasta, Pizza etc is being served with gay abandon to all its customers. Keeping in view the terrain constraints and the time availability in the hands of the visitors ‘log Hut café has been very prudent in its thinking and action and broken away from the mold of offering the oft repeated Kashmiri Wazwan and Gusthaba to its customers.

Since Gurez valley remains cut off for more than 6 months in a year due to heavy snowfall and the only land route over Razdanpass full of perils to try any misadventure, it makes sense to stock dry foods in the form of Maggi, pizza cakes, Pasta rather than go in for an elaborate dish like the ‘Gusthaba or Wazwan which requires lots of preparation time as well as ingredients. With the cease fire holding on and a relative calm having descended, it makes sense to have a semblance of normalcy in this remote area of our country by way of indulging in activities which was once considered a luxury for the Balti people. One notable addition which ‘log Hut café’ can undertake and appropriate the advantage is the abundance of world famous ‘Trout fish’ in the pristine waters of  ‘Kishan Ganga’ and go in for quick make fish dishes along with the fast food to add variety to the tourist’s palate thereby giving more bang to a tourist’s buck. As it is  Gurez valley used to be the official ‘Shikargah’ of Dogra rulers along with foreign dignitaries like ex US president Franklin D Roosevelt and his wife and not to forget Nehru and his daughter Indira who used to come for the yearly sojourn in the sublime climes of this area. The excellent initiative by the BRO in coordination with the locals will be a throwback to the Great Game days when our colonial masters went in an overdrive to habituate the forward areas of our country to help it integrate better with the rest of the country. It stands to logic that a nationalistic organization like the armed forces of the country be the forerunner in ushering a new lease of life the frontier areas.

(The writer is a retired army officer and writes regularly for RK. Email: slalotra4729@gmail.com)