A girl has so many primary roles to play in her life. Before being anything else, she’s a daughter. Then maybe a sister, a wife and a mother and each of them are such significant roles of perfection 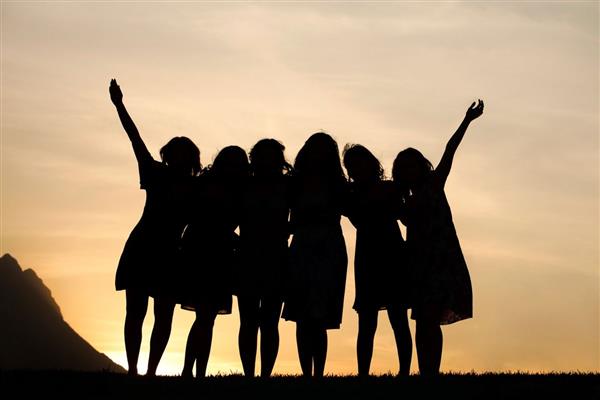 Despite the fact that we live in a modern, scientific era, we regularly come across incidents related to female foeticide and we often see parents grin at the prospect of a female birth. Yet, from the time a baby girl comes in the life of parents, fun and unconditional love pours on her. She is pampered like an angel.

Basically, girls are born with a bit of angel shine about them. The Creator needs so many things to make a girl. He uses the song of a bird, the stubbornness of a mule, the antics of a monkey, and spryness of a grasshopper, the curiosity of a cat, the grace of a gazelle and to top it all, He adds the gentle nature, so integral to womanhood.

A girl has so many primary roles to play in her life. Before being anything else, she’s a daughter. Then maybe a sister, a wife and a mother and each of them are such significant roles of perfection.

When she’s a daughter she’s an angel in a human form - the joyful moments of the present for her parents. And, when she’s a sister, she is more like a key to her sibling’s fundamental self, a sharer of delights. And sorrows too! When she’s a wife she isn’t just someone who brings her spouse that hot cup of tea when he’s back home after that tiring day. She’s the one who turns his concrete house into a soulful home. And further, when she’s a mother she isn’t just someone who feeds her child. Being a mother makes her an alarm clock, a maid, a cook, a waitress, a teacher and a nurse.

Not to forget, apart from these domestic duties, she turns out to be a handyman, an event planner, a photographer, a counsellor, a security officer, a personal assistant. Note that a mother doesn’t get holidays, sick pays or days off. And for doing so much, she is not being paid either. Women have made extensive progress in the last couple of centuries, but I’m not sure if their roles have really changed. Women have been sacrificing since ages and continue to do the very same.

A girl may grow like a princess but at each point she’s referred to as a ‘keepsake’ that has to leave her home for a new one. Give up all her old relations and friends just to make some new ones. She is sent off from her parent’s home to make a new family of her own. It’s she who has to adjust to her in laws’ mindset and cater to their every need. And just when she begins to believe that it’s the place where she belongs, she’s reminded of her being an alien in the house. We come up saying that a girl has dual house reliability. The house of her parents and the house of her husband. But never did I get to know which house she actually belongs to? The one where she spent her childhood and was sent off or the one where she came just in the second phase of her life?

The road for the girls to travel is a tough one and they all struggle to find their place in the world. Their transparent actions cry out.  Where do I belong to? What am I living for? Loneliness and depression are endemic to us girls. We may have figured out how to put on our big girl pants and get through day to day life but the fact is so many of us carry wounds from life’s disappointments, hurts and rejection. Time and again we have wondered. Do you see me? Am I worthy? Do I fit in? And often the world has answered or our inner voice confirms a big No. Yet we live believing the lie!