It should be everybody's endeavour to heal the wounds and desist from doing anything that has potential to disturb peace and tranquility. Hope good sense prevails on everyone, particularly our politicians 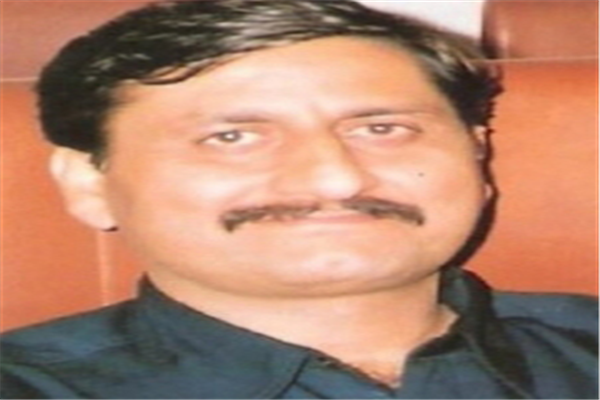 The brand of blackmail politics is again making the rounds in Jammu and Kashmir. Some recent statements emanating from a few Kashmir centric political parties in the UT of J&K are a clear indication of the trending narrative. Lead role in this bizarre politics is as usual played by Mehbooba Mufti, President of PDP. Her statements during her tour of certain areas of Jammu and Kashmir regions are a testimony of the fact that old habits die hard. This variant of politics may further one's political fortunes for the time being but won't heal the bleeding wounds of the past three decades of the Union Territory of Jammu and Kashmir.

Mehbooba Mufti said in a public rally last week, "We have decided our fate with Mahatma Gandhi's India which gave us Article 370, our own constitution and flag. If they take everything from us, we will also take back our decision. They have to think if they want to keep J&K with them, they have to restore Article 370 and resolve the Kashmir issue".  The threats issued by Mehbooba Mufti in regard to the unity and integrity of the nation are reminiscent of the volatile situation of 1953 when Sheikh Abdullah also used public platforms to threaten the government of India with dire consequences in case his ideas of autonomy were not taken to their logical conclusion.

It needs to be clarified that in 1947, the government of India handshaked with the nationalist Maharaja of Jammu and Kashmir Hari Singh, and not with any Pakistan's agent. The right to accession to either of the Dominions, India and Pakistan, was limited to the ruler of the state and the subjects had no choice as per the Indian Independence Act of 1947. The fake narrative that the people of the state had an option to choose the Dominion of their choice is a designed story to hoodwink the opinion of the people. This fake description of the event of 1947 is being repeated time and again by certain vested interests in Kashmir valley to suit their partisan political agenda. In Jammu and Kashmir, the political domain was overwhelmed by the towering personality of Sheikh Mohd Abdullah for decades together after 1947. He was successful, in collaboration with the then Congress leadership at the Centre, in creating a wrong perception that the people of Jammu and Kashmir opted to go with India in 1947, though they had an option also to go to Pakistan. He used all his paraphernalia to take the perception to the people and the political spectrum and blackmailed the central government thereafter on this account.

The fact of the matter is that the then Princely ruled states in whole of India were given an option to choose one of the dominions, India or Pakistan, to accede. Since the right to accede, was limited to the rulers only and the subjects had no role to play in this decision, accordingly, the people of Jammu and Kashmir state, and particularly the people of Kashmir valley, had also no role in the issue of the accession. Yet they were made to believe under a flawed perception that they had an option to go to Pakistan as a Muslim majority state. This had a terrible impact on the minds of the people in Kashmir since the very accession of the state with the Union of India. Article 370, Article 35A, separate constitution of J&K, separate flag and separate symbol, all worked as the constitutional justification of a wrong perception about the accession, status and political position of the state. Political personalities, parties and people of prominence, wittingly or unwittingly supported gender-biased, caste-biased, region-biased and human rights biased clauses of Article 370 and 35A. Those who championed the cause of human rights every now and then supported these Articles of the constitution of India that were incorporated either by default or surreptitiously.

Mehbooba's statements are a clear threatening and instigation to arouse the sentiments and passions of the people against the government, parliament and the nation that need to be taken cognizance of. Moreover, she is selling a fake narrative to the people about the accession of the state simply to keep herself politically alive consequent upon a number of divisions in her party, PDP, over the last two years. Asking the Centre by Mehbooba Mufti 'to restore Article 370 and resolve the Kashmir issue if it wants to "keep Kashmir", saying people want return of "our identity and honour" and that too with interest' is tantamount to revolt and sedition.

Article 370, Article 35A, separate constitution, flag and symbol were removed only after due process of parliamentary and constitutional procedures. All the members of Parliament from the then J&K state barring one were present during the session of the parliament in August 2019, and participated in the discussion and voting. The resolutions and bills in this connection were overwhelmingly voted with 80% votes in their favour in the lower house of parliament and with two-thirds majority in the Rajya Sabha. Even opposition parties supported the move to abolish these constitutional provisions. However, since some people referred the matter to the Apex Court also, therefore, it would be desirable for them to wait for its judgement. Any hue and cry with threatening political overtone and tenor is absolutely bizarre and hence unacceptable and should eventually invite action under law.

The August 5-6, 2019 developments while taking away the constitutional justification of the separatist narrative provided an opportunity for the course correction with a clear political narrative that all human and fundamental rights are for all and there can be no discrimination between various kinds of citizens in a democratic and egalitarian society. All citizens are equal before law and the governments can't discriminate between them on any pretext. This opportunity should have been used by the political parties to put a clear picture before the people so that the psychological and historical wounds that Kashmir was inflicted with, due to the flawed political perception, were healed. However, the political leaders and particularly the PDP President don't allow it to happen due to their vested political interests, at the cost of the interests of general public.

Settled issues in regard to Jammu and Kashmir would never be allowed to get unsettled by any dispensation at the centre or in the state. Hyperbole about 'resolving the Kashmir issue' is simply hawkish to sell a rotten political agenda and instigating young minds to go for violent actions. Some political figures are still feeling 'appetite' as if thousands of deaths and widespread destruction and mayhem of the last more than three decades aren't enough. Their eagerness to come to the rescue of terrorists, their over ground and underground workers, anti-national activists and those who embezzled money in the name of admissions in foreign universities, human rights and furtherance of separatist activism is fraught with dangerous consequences for the society at large.

These politicians in Kashmir valley have never been observed to raise their real and serious concern about the drug menace among the youth of the valley, growing suicide tendencies at tender age, continued selective killings of innocent citizens, open threats to minorities and empowerment of women in the society. Instead they go on inflicting the healed wounds miserably so that they bleed again and again. In case this blackmail politics is allowed to target peace, Kashmir will remain boiling to the detriment of the society and nation. It should be everybody's endeavour to heal the wounds and desist from doing anything that has potential to disturb peace and tranquility. Hope good sense prevails on everyone, particularly our politicians......!

(The author is a senior BJP and KP leader, Incharge, Deptt of Political Feedback, BJP-J&K and can be reached at ashwanikc2012@gmail.com)