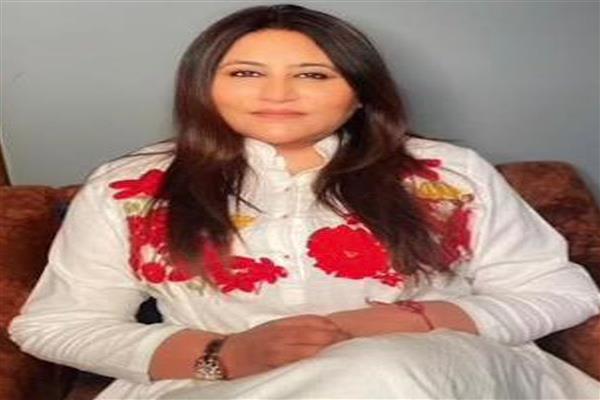 Expressing gratitude to the J & K BJP Unit, Ritika said that only the BJP can give such big responsibility to an ordinary party worker. Speaking to media persons, Ritika said the party has given such a big responsibility to an ordinary worker like me. This can only be possible in BJP. No other political party can take such a step. I will try to live up to the expectations of the high command and to the trust they have shown in me.

Speaking on the occasion, Ritika said that a political party is like a water body. There is an inflow and outflow of the workers. People join us with a motive and left us as their personal motive is not fulfilled but the people who have faith in the ideology of the BJP will never leave the party, she said.

The party workers were disappointed over the post-poll violence after the West Bengal polls. She assured party that she would leave no stone unturned to come up to the expectations of the BJP leadership and the workers and would expose the negative propaganda of opposition political parties to people in Jammu region.

People of J&K have reposed their trust and support in Prime Minister NarendraModi and BJP, despite all the oppositions, falsehoods, hypocrisy and U-turns against BJP. The opposition strategy is to use an ounce of truth mixed with plenty of lies and falsehoods to try and mislead/incite different groups of citizens.