Being with a person with disorder 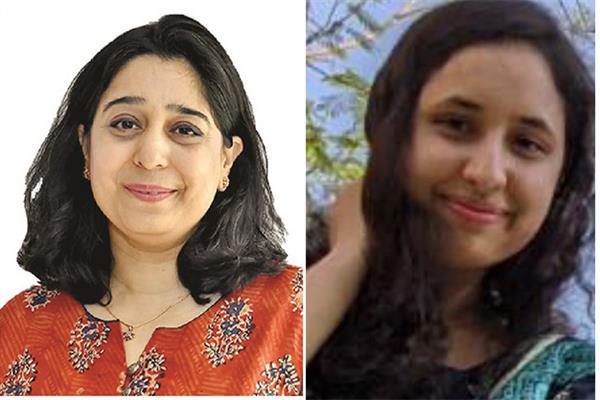 Disorders are more common in existence than they are in our conversations around them. Often, they are present but undiagnosed, they can go unlabelled but their impact can not be ignored. The statistics vary, but according to WHO reports, 56 million Indians suffer from depression and 38 million from anxiety disorders, making India one of the countries with the highest global mental illness rates.

Disorders that disturb normal functioning may be psychotic, like the typical picture of schizophrenia which is famous in the popular culture as the representation of mental illness. But pervasive problems may include the silent killer, stress, the frequently ignored mood disorders and unnoticed eating disorders, which impact not just the person suffering through them, but those around them as well.

Other issues that go unreported as mental disorders may include domestic violence, marital rape, emotional abuse, sexual abuse and work related stress to say the least, but they are still within the umbrella of psychological complications. Being a victim to any of these means they are directly in the line of fire, that is, they are bound to get hurt. But does this pain extend only to the victim? Or does it move around in concentric circles like ripples in a pond, reaching all those in frequent vicinity of the victim?

To answer this question, there is profound impact on the family and close ones of people living with disorders. Almost always this impact is negative and prolonged. To explain how living with a disorder feels like, let’s take Pre-menstrual dysphoric disorder (PMDD) as an example: The stigma around menstruation itself is a menace, it exists as something a woman must not speak of, something which makes her dirty and often is seen as an “excuse” for women’s behaviour. PMDD is not highly recognised as a disorder in India, it is frequently passed off as PMS. The main difference between the two is the severity of the symptoms and the intensity with which they occur. Like bipolar disorder, the pre-menstrual mood of the sufferer is subject to highly depressive moods, hence securing the name of a dysphoric* disorder.

For 8-14 days a month, a woman with PMDD shows most, if not all, the signs of depression- a low mood, loss of interest, anheadonia*, disturbances in eating and sleeping, difficulty in concentration, loss of energy, negative thought patterns and anxiety. Anxiety can be extreme, and come and go in cycles. Anxiety attacks, crying spells and brain fog are reality for people with PMDD. Imagine not having the energy, mental and physical, to get out of bed in the morning, but still having deadlines to meet. It only adds stress to an already suffering mind. Other common symptoms of PMDD include anger outbursts or frequent irritation, which are emotions that have a more external projection.

Here, the people who come in frequent contact, say family, friends and coworkers of the sufferer are on the receiving end of the pain that the sufferer feels. In order to not let their loved ones be a part of their misery, individuals with disorders often isolate themselves- they build up walls and shut everyone else out. It seems quite logical in their heads, “If I’m not there to be a burden/spread my misery, they will be happy”. But imagine how you would feel if you had to see the closest person to you in the world suffer alone every day. In this case, for an average of 10 days a month, every month.

People in India live with painful realities every day, like having an abusive parent, unaccepting parents who might disown their child if they express their romantic interest in a different caste, community or in the same sex. To say that citizens of other countries don’t have problems would be inaccurate, but in developed countries, they have infrastructure to seek help. In developing nations however, it seems like resigning to this sad actuality is the only truth.

As dire as the situation may seem, there is always the ray of hope, of what can be, instead of what is, and what we be done to make it so. After all, each nation was developing before it developed. The steps to helping yourself, a person who is in pain because of others suffering around you, and to help those sufferers, are three-fold plans that can be conceptualised at different levels.

At an individual level, people can start by being more sensitive. Small acts like being politically correct, being kind to strangers, acquaintances and self and foster love and the practice of empathy* in daily life. The practice of empathy towards close ones who are suffering can be through acts or through words, by creating a safe space within an environment wherein they may not necessarily feel so. Being accepting of the sadness displayed by a friend, rather than asking them to “cheer up” or “be happy” can be more empowering to help them boost the resources they have been missing.

Random check ups on people who are suffering rather than constant questioning may help, making them feel like they are cared for but also have space to just be, without the pressure of having to be more than they are capable of at that time. Sometimes, even outrightly asking the person “how can I help?” may be a simple answer to making them feel slightly better. Equipping yourself with knowledge about resources to seek help, helplines, phone numbers, institutions, even email addresses of professionals in the mental health sector may come in handy.

At the community level, clinics for social work or counselling can be set up, sensitisation training for people at the hierarchies, such as high level executives, teachers, police personnel, government employees can be given, where they understand basics of issues that are already in question or may arise.

For example, teachers can be more attentive towards students that act out, in delinquent ways, rather than being labelled as the “naughty child” or “useless”, they can be given extra care in order to understand the turmoil they have behind the trouble they are causing. Corporates should have seminars about the LGBTQ+ community, sexual abuse, abuse of authority, etc.

At the governmental level, new laws and rules should be implemented that are more sensitive and informative. Sex education should be made mandatory in schools, with proper training given to the teachers who will administer it. Talks about good touch, bad touch and when to speak up is a need of the hour, especially with younger children. Stricter implementation of rules regarding domestic abuse and adoption care, child neglect should be established. Although the process of governmental implementation takes time, changes like the recent decriminalisation of suicide have been taking place. Another job of the community then becomes to put pressure on the government, in order to ensure timely action.

As a society, we have a responsibility to become more aware and take action instead of waiting for someone else to do it. Breaking stigma and opening conversation about mental health is an important step in encouraging mental health support seeking. As individuals, we need to remember that living with someone with a disorder does not mean that the disorder is their whole identity, and we can not label them as such.

We can respect their boundaries, find common grounds and create safe spaces for them to feel like they can be accepted and heard. At the same time, it is imperative to understand that because a loved one is suffering, your suffering is not any less. Take out time for self care, in the form of a walk, meditation, a musical shower, reading or anything that is personally relaxing. Like it is said every time you board an airplane, wear your own safety (oxygen) mask before assisting others.

Dysphoric: Dysphoria is a term used for clinically significant depression which is lesser in intensity than major depressive episodes.

Anheadonia: It is the loss of pleasure/happiness in activities that used to be previously enjoyable, or even the reduction in the feeling/experience of joy overall.

Empathy: The feeling of understanding someone by experiencing what they are experiencing, i.e. being in the other person’s shoes. It is different from sympathy which involves feeling pity for the other.