Bearing The Bad Times: The Legal Fraternity Of India

Just like the rest of the world, the legal fraternity in India too bore the brunt of the lockdown as the normal functioning of the courts was affected and the litigation also got reduced to a large extent 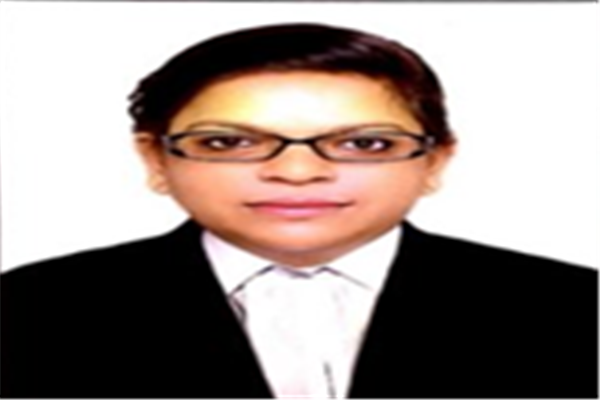 Ever since the Covid lockdown started in the year 2020, normal life has taken a massive beating down. Staying indoors has become the new normal and even though the world has slowly and steadily started taking baby steps out of the sanctuary of their private sanctum, normalcy as we knew is still far away. Just like the rest of the world, the legal fraternity in India too bore the brunt of the lockdown as the normal functioning of the courts was affected and the litigation also got reduced to a large extent owing to the relaxation in the limitation granted by the Supreme Court of India vide its orders in Suo Motu Petition (Civil) No. 3 of 2020.

Virtual Hearings have been taking place in the Supreme Court for almost more than 18 months now. The Apex court released various SOPs on the, giving discretionary power to the judges and the parties involved in litigation to give their acceptance to physical hearings. The Supreme Court Bar Association which was rooting for more physical hearings however, opposed this SOP. Responding to this opposition, the SC released another SOP wherein physical hearings were made compulsory for two days in a week.

Just like one man’s sorrow is another man’s joy, while most of the lawyers have welcomed the return of physical hearings, with the Supreme Court Bar Association pushing for more- “We still want the resumption of full physical hearings for all days,” Vikas Singh, President of the Supreme Court Bar Association, said when asked about the decision to open courts two days a week. “The Supreme Court has acted on our representation partially; there should be more [changes] coming.”, there is another section of the legal fraternity that is stiffly opposing the resumption of physical hearings citing the inevitable onset of the third wave of Covid-19.

Senior lawyers- Dushyant Dave, Ranjit Kumar and C Aryama Sundaram, reportedly had their own reasons to avoid coming to court. Dave, a former president of the Supreme Court Bar Association objected that -“The registry of the Supreme Court has issued the SOP ex-parte (without hearing the other side). They should have consulted the Bar. We too are anxious to attend the court,” Dave reportedly said.

Senior advocate Ranjit Kumar was also said to have pointed out that requiring the lawyers to obtain a Special Entry pass for each case, wait in the library and enter courtroom just before the case hearing after following the safety processes required due to Covid-19 as per the SOP was not an easy task, moreover, Physical hearing was restricted to only 20 persons at a given time.

Then there are lawyers who have preferred to appear through virtual court proceedings for safety concerns and in the interest of aged and sick parents at home. Senior advocate C Aryama Sundaram appearing before the bench headed by justice Nazeer reportedly said, “We all are anxious to see you physically, but it is not the courts but the corridors, the entry/exit gates that we fear.” The lawyer was perhaps pointing out the fact even though the court rooms are being sanitized, the same is not the case with the rest of the areas that are being used by the lawyers. Senior lawyer Meenakshi Arora reportedly informed the court that she preferred virtual hearing as she had aged parents at home.

Another big problem that has surfaced due to the onset of the hybrid hearing system is the opening up of a senior-junior divide. It has been noted by a bench of the Supreme Court that a handful of senior advocates were benefiting from virtual hearings and many were reluctant to appear physically. The observations came from a bench headed by Justice Vineet Saran  where he reportedly said that-

"Mr (Kapil) Sibal (who was appearing for the state government) is getting in-person instructions. He will get in-person instructions but he does not want to appear in person. In fact, no senior advocate is willing to appear in physical hearing," the bench observed. "It's a far more efficient system," to which Sibal reportedly said that many young advocates are also appearing through virtual modes.

A handful of senior lawyers are getting benefited from this (virtual hearing) and many young lawyers have faced difficulties because of virtual hearing, Justice Saran reportedly said.

This is true and has been aptly explained by Alok Prasanna Kumar, Senior Resident Fellow at the Vidhi Centre for Legal Policy, who has said in a n interview that - “Earlier, senior counsels would be difficult to get for cases in different cities, since doing one outstation matter meant letting go of several matters they would have in their own city,” he said. “However, with hearings online, they can argue in different courts from the comfort of their homes, without giving up on any matters.”

A similar view has been taken by Sr Advocate Mahalakshmi Pavani who says that- “Advocates found it more prudent to conduct hearings from their screens. There is also the worry that once in physical court, advocates cannot effectively attend virtual hearings before other courtrooms. To avoid this logistical hurdle, advocates have found it more prudent to skip physical appearances. She goes on to state that –“Majority of advocates including both the senior as well as the junior advocates are suffering but there are 2 sides to the coin.20% of the Senior Advocates are doing exceptionally well as they are able to sit at one lace and attend all High Courts, Supreme Court, NCLAT, doing everything in their own comfort zones and enjoying. None of them are suffering. If Delhi has eased restrictions on malls, restaurants and marriage halls, restricting the functioning of the Supreme Court is not justified. Court rooms are our homes, we actually belong to that place, but we have been strangers in our own houses since past two years. This is completely unacceptable to us.”

Sr Adv Vikas Singh who has been rooting for physical hearings all along explained that this is why senior lawyers wanted virtual hearings to continue: “Senior advocates can sit and argue in 10 courts. They want that luxury to remain.”

The crux of the matter is that while virtual hearings helped high profile lawyers to take ‘workations’ to another level with big names like Sr Adv Mukul Rohatgi who appeared in a Supreme Court case from his farm house, the not so lucky ones are forced to go back to their home towns as matters dwindled owing to lack of work. As final hearings have not been taking place, the stakes involved in preliminary hearings went higher and more and more Senior and influential Advocates were hired even for preliminary matters increasing their workload and eating into the work of the other lawyers who owing to their lack of influence and face value are unable to get matters listed on priority in these difficult times.

In fact, not only lawyers, but their support staff has also been badly hit. “Some lawyers have left Delhi, some have even left the profession,” said Pradeep Kumar Rai, Vice-President of the Supreme Court Bar Association. “Quite a few people couldn’t pay the annual Supreme Court Bar Association fees. We also launched a financial assistance scheme, and we were surprised to see that many lawyers, who one would think were doing well, required assistance.”

The old adage that says- fall seven times, stand up eight seems to be working in the favor of the young lawyers who not only lost work as all trial courts were shut, but also lost the opportunity for networking, thus shutting off traditional avenues of soliciting work. Most are only now realising that they are made of stronger stuff! It is said that you never know how strong you are until being strong is the only choice you have. While many junior lawyers left the profession till conditions improve, there are some who found new ways and avenues to survive. Some took up higher studies and other courses to hone up their skills and others even tried new fields in law, something that they could not do earlier due to lack of time.

Then again there are those who when life gives them lemons, make lemonade! As in the online mode, especially in Webex, where submissions are made one at a time and it becomes extremely cumbersome if multiple people speak together. The junior lawyers are happy with this scenario as they can finally finish making their submissions in peace. Some also say that they are being heard more patiently by the judges who are also allowing the junior lawyers to finish their submissions. The fact that judges have fewer matters to hear can also be a contributing factor to their being more patient. These virtual hearings are happening from the relative comfort of their chambers/homes and that there is a lack of audience, the situation is less scary for junior lawyers. Many senior advocates are allowed a leeway by the courts and they can get away with the kind of dramatic body language and flamboyancy that will never be appreciated in a junior lawyer. In the virtual set-up, scope for dramatization is very limited and hence those who cannot indulge in the same feel less pressurised and safer.

Another aspect that has been beneficial for the young advocates is the fact that filing has now been made on-line. It is now as simple as sending a mail or uploading a few files in a portal. At best, any discrepancies can be rectified and resent and that too from the comfort of your home! No need for a fleet of supporters to manage different court rooms and the registry. One can appear both in High Court as well as Supreme Court on the same day at more or less the same time!

All said and done, we can safely say that any time that comes, brings with it the good and the bad. Sometimes, one just has to bow ones head, say a prayer and weather the storm because it is the storm that makes the tree take deeper roots. Franklin d Roosevelt has rightly said that –“When you come to the end of your rope, tie a knot and hang on….”

Be strong now because things will get better. It might be stormy now, but it can’t rain forever.