His first place of posting as lecturer was in a far-flung village, where he, in addition to his regular classwork, started conducting symposia and debates. 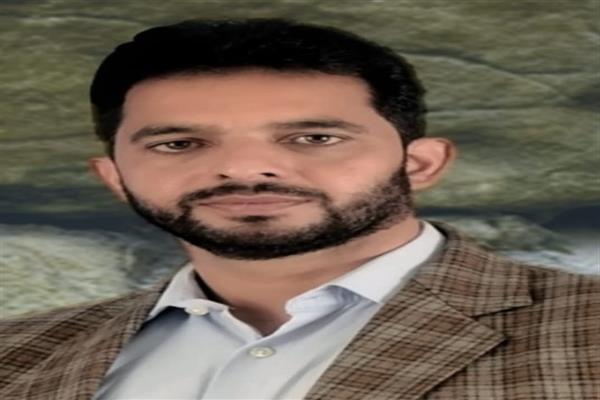 Many schools in the government sector are lucky to have good teachers who experiment out of the box techniques to teach students and also contribute to the overall development of students.

Among them is Qazi Syed Sajad, who works as a senior lecturer at Govt. Higher Secondary School Delina in north Kashmir’s Baramulla district. He has MA, B.Ed, DCA and M.Phil from the University of Kashmir to his credit.

Due to his exemplary M.Phil work, his guide suggested that he carry the research work forward for his doctorate but Qazi had to quit his studies due to financial constraints at home.

He therefore joined GDC Baramulla and started teaching BG students on a contract basis. His work in the college is still remembered. Meanwhile, few regular posts of RETs were advertised in Zone Singapora Kalan and he applied too.

Qazi was selected and posted at Govt. Boys Middle School. “Initially, I couldn't understand how I could manage things on a little amount of Rs 1500 a month (given for an initial period of five years). But the children gave me direction, peace of mind, and contentment” he said. He would take 5 to 6 classes and would sit and teach young children in groups.

The play way method of teaching with a friendly attitude made little students call him Sajad uncle and he considered that as a huge salary.

In 2009, he qualified the examination of Jammu and Kashmir Public Service Commission and got a gazetted post in the education department.

His first place of posting as lecturer was in a far-flung village, where he, in addition to his regular classwork, started conducting symposia and debates.

He re-started the publication of a yearly school magazine, inviting students of nearby schools to participate in academic programs. “Although my work was not liked by many, I did not stop. I firmly believe that people can kill you but can’t defeat you,” he said.

In 2014, Qazi was transferred to Govt. Higher Secondary School Delina in his native place. “Usually employees don't prefer to work in their localities but I took it as both a challenge and opportunity,” he said.

The enthusiasm of this young lecturer led him to work beyond his classroom. He regularly organized events for the benefit of his students. So far he has conducted many programs which cover areas like women empowerment, environment, cyber security, gender bias, adolescent health, political awareness, water conservation, career counseling and so on.

In 2019, Qazi started a vigorous campaign in the school against drug addiction. Besides, he conducted rallies in the village and made students speak against the menace and conducted a series of debates on the issue.

“We requested medical shops not to sell medicine without prescription. During the rallies, I made students cut down cannabis. The campaign generated enthusiasm among youth and they conducted many programs on the issue thereafter,” he said.

Notably, the District Drug De-addiction Centre Baramulla invited him and his students to their seminars. A yet-to-be-published research work mentioned his role against drug addiction in detail.

As far as his teaching is concerned, he has won the hearts of his students. His ex-students are recalling their political science teacher and expressing their love for him on social media.

“To me teaching is not only transforming knowledge. Book reading can be done at home also. Passive classroom teaching is no solution. We live in the world of information technology. Every single topic is just a click away from our students,” Sajad said.

“What we need to do is just to trigger our student’s cognitive propensity. Results will follow automatically,” he said.

It is in this backdrop that he at times let his students be teachers in class. “Such an attempt encourages students to speak before an audience,” he said. “I love to listen to them as a student,” the teacher said.

Qazi believes that a teacher has to abandon taking a lions’ share in the teaching learning process and let students speak up their mind.

“Let the students think and re-think, let them learn from whatever sources they can. Then a teacher can guide them to consolidate their knowledge. I am fortunate to work under officers who allow me to carry on my innovative ideas,” he said.

Qazi said at 10+2 level, more particularly in humanities subjects, project work and field study is not the norm in our schools, but he does it.

When he teaches rural self-governance in the classroom, Qazi gives project work to students to visit institutions of self-governments and make a field study.

“When I teach the Indo-US relations, I give them assignment work. Similarly, when I teach constitution to students of class 11th, I give them tasks to write a constitution for their family or school. And I get an overwhelming response,” he said. “Many students work so nicely that even I learn new things from their beautifully completed assignments,” Qazi said.

The teacher said for writing assignments, his students use the library, google and get opinions of other teachers as well. “This way they become very active and develop research aptitude" he said.

Usually, a humanities subject is the second choice of students. To debunk this thinking in students, Qazi conducted programs on the issue.

In one of such programs, he once invited a few PhD scholars of Social Science from the University of Kashmir for interaction with his students.

The symposium was titled "Career Opportunities in Humanities" and it was so successful that the students from other streams regretted not opting for political science.

One more unique thing Qazi does is that he keeps his classroom open for all. Medical, non-medical and commerce students also attend his class in their free time. “These students maintain notes and it adds to their socio-politico knowledge,” he said.

With his unique and creative teaching methods, the institution has been able to improve yearly enrolment in his subject. When he joined it was 45 but now it is above 120.

“Teaching is a dynamic profession. Gone are the days when we would take a class or two and think everything is done. If we want our students to touch the sky, we must remain in touch with them,” he said.

Since students remain glued to social networking sites, Qazi said teachers shouldn’t be shy to connect with students there.

“Is and ought dimension of social networking very much there, but the fact remains that our students are using such platforms and why shouldn’t we catch them there,” he said.

Two years back, when the Covid-19 enforced lockdowns across the world, education was the most hit area as the schools were also shut to limit the virus transmission. Qazi didn’t let the pandemic end his zeal and zest.

“Due to Covid students went into hibernation. But I often saw them online so before our department made a formal order for a zoom classroom, I created separate WhatsApp classroom groups for 11th and 12th classes. Every day, I used to record lectures as voice notes and students would listen and write the topic in the group. My WhatsApp and zoom classroom has good response so much so that students from other schools would also join in,” he said.

This year most of the schools conducted elections for student representatives but Qazi gave this process of HSS Delina an academic touch. At the outset, he along with his colleagues conducted a seminar on elections and the role of student leadership.

“It was done to acquaint students about the meaning of elections, the need for a representative, democratic practices and the role of an ideal leader. The second program was conducted before elections in which students were given knowledge about the electoral process covering components like nomination papers, withdrawal, campaigning, ethical voting etc.,” he said. With the result, the school witnessed huge participation of students in these elections.

“My students got more knowledge about different aspects of democracy and electoral process. I repeat that education is a continuous process and it can’t be confined to the classrooms only. Blended education is best thing to happen,” Qazi said.

Since Covid-19 is gone now and online education is not used but this teacher continues to use online methods like zoom and WhatsApp along with his day today teaching which he calls blended education for his students.

Qazi said he doesn’t consider teaching as a job only but a mission, a continuous process and a dynamic enterprise.

Qazi, who is also a poet and a columnist, loves gardening and writing columns. His articles have been published in local and national newspapers and magazines.

His students have made a niche in their lives as some of the pupils have qualified KAS, some are assistant professors, lectures and teachers and some successful advocates while many are working in local, national and international media houses.

“Few of my students have joined active politics too. But in addition to such professions, I want my students to become good human beings,” he said.

Qazi’s hard work made free winter tutorials for his school a big success. The Civil Society Forum Delina has also acknowledged his efforts in arranging free tuition for 11th and 12th class students.

“His dedication, devotion and sincerity towards teaching is highly appreciable. The students at large were benefited by the facilities kept available by the government. We Delinites salute to the lecturer for his sympathies towards society,” the forum said.

Mudasir Ashraf, an ex-student of Qazi said the teachers’ contribution is noteworthy. “He has inspired many students who have succeeded in their life."

“I am proud of him. I was lucky to have an opportunity to work with him. Whenever I see him anywhere, I proudly tell everyone he is my teacher,” Mudasir said.

When asked about his message to teachers Qazi quoted APJ Abdul Kalam that “Teaching is a very noble profession that shapes the character, calibre, and future of the individual. If the people remember me as a good teacher, that will be the biggest honour for me.”