Awareness on menstrual hygiene is need of hour 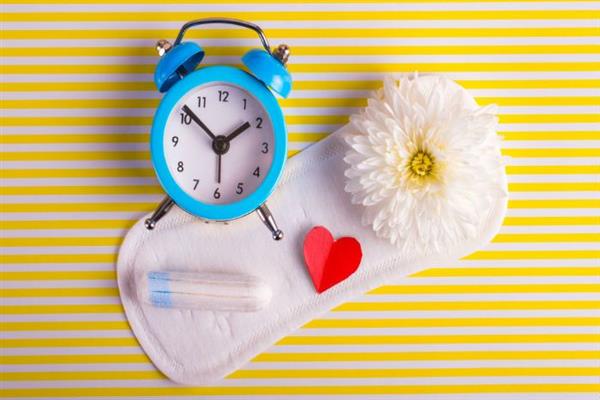 Menstruation is a monthly event in the life of women in their reproductive years, which is often shrouded in secrecy. This silence towards this topic has led to less than required communication. Hence, the needs of the women during this period are not talked about, discussed and debated. Good hygiene during menstruation is a must for ensuring good health of women. Lack of hygiene can lead to infections, which are often not treated. Improper menstrual management is known to expose women to infections.

Besides its effect on health, improper menstrual management can curtail the opportunities of education and employment. Due to the lack of hygienic methods, a significant proportion of girls are likely to miss out on school during their menstrual days or even completely drop out of the school, post-menarche.

While a substantial number of women in urban areas are using sanitary napkins, the situation becomes grave in urban slums and rural areas where women are still clinging to traditional methods like used cloth rags. Stories abound of use of unimaginable substances like ash, plastic, cow dung and what not!

While lack of awareness regarding the use of hygienic products is a missing link, even in those women who are aware, the use is prohibited by lack of availability in places they feel comfortable to access, exorbitant pricing, lack of disposal facilities and generalized embarrassment towards anything to do with menstruation.

According to National Family Health Survey-Round 4 (2015-16), only 57.6% of Indian women in the age group of 15-24 years used any hygienic method (locally prepared napkins, sanitary napkins, and tampons) during menstruation, with 42% of them using sanitary napkins. The usage of sanitary napkins was higher in urban areas (59.2%) as compared to rural areas (33.6%).

Many women in India, especially from urban slums, cannot afford the expenses of sanitary napkins. As a result, they tend to ignore the health consequences and run the risk of infections and diseases. This adversely affects the health of these poor women and pushes them further into the vicious cycle of poverty and disease. Though the government has started with free sanitary napkins distribution in some states, the scheme is plagued by a lack of supplies, poor quality and an absent demand from users.

Awareness sessions were conducted in the area which also included the question and answer session related to social taboos on menstrual hygiene and use of sanitary pads in the population.

As a part of the social marketing strategy, a marketing campaign was initiated. The project was branded as ‘Project PANIN FIQER’ which portrays the idea of adolescent girls being ‘taking care of themselves or self-care during their menstrual days to do what they want to do.

The project was taken forward with the same branding once created and is still in place. Cloth was the most common absorbent used by girls during periods. Some girls used new clean cloth material cut into pieces. Such cloth was purchased by them.

Other girls used old discarded cloth material while adolescent girls were aware of commercial pads and may have used them, most could not afford them. A few girls reported that parents had purchased pads, but most did so inconsistently. One respondent who was not aware about menarche stated that, "Even after starting off period my mother was not ready to discuss about it that is why I asked to my sister and friend".

One-third of the respondents were using sanitary pads, while rest of them were using clothes. The method of disposal of the used pads/clothes is in regular dustbin and none of them were reusing it. They informed us that they were not very comfortable in buying the napkins from the market.

While school dropout respondents' (fifty-five) findings shows that one-fourth of the total were aware about menarche before its onset and for them also mother was the main source of information.

All school dropout respondents were using cloth during menstruation and out of the fifty-five, nineteen were reusing the old cloth; whereas, rest of them disposed the clothes either in the regular dustbin or by burring in the ground. Only ten respondents stated that "Reuse of same cloth leads to infection".

One respondent stated that, "During my first period I was playing with my friend and I was terrified. Knowing the reason, my friend consoled me and told me that it happens to every girl every month".

One-fifth of the girls were using cloth because they were not comfortable in buying the napkins from the market. One respondent stated that “i feel shy to buy napkins from a male shopkeeper.”

All the respondents disposed-off their used cloth. Half of the girls wash and reuse the old cloth; whereas, rest of them disposed the clothes either in regular dustbin or by burying it in the ground.

One respondent stated that, "Nowadays due to the scarcity of cotton clothes we are reusing it. I prefer to buy eatables instead of sanitary napkins in my periods as I do not consider it a significant issue.”

Genital irritation was reported across by the whole group. Some girls described a burning sensation when using the pads, associating it with wearing the pad for an extended time. Irrespective of absorbent type, girls described how they were unable to deal with discomfort such as irritation during school. Many girls had experienced itching and abnormal discharge at least once. Many were embarrassed, or felt that care providers might share the information with others.

In some instances, girls were told by family members to restrict their activities during menstruation.

Many girls now believe that menstruating is unhygienic and that they must hide, conceal and manage their menstruation.

It was found that menstruation was described as a source of anger, frustration. Some respondents stated they got period in school and could not talk about it to teacher.

A lack of awareness of one’s body and of puberty can lead to distress. It has been shown that a focus on biology promotes knowledge which is disconnected from girls’ own bodily experiences, and that including discussions of life experience and social context throughout a variety of classes is critical. Participants identified the internet as an important educational source when it came to menstruation.

l Hygiene practices during menstruation were not satisfactory in the area.

l Most of the women mentioned that sanitary napkins are expensive.

l Most of the women who were aware of the sanitary napkins mentioned lack of affordability and low-cost sanitary pads were smaller in size and of cheap quality and did not suffice to their usage.

l It was also observed that most of girls missed their school during periods.

l It was also observed that girls had to miss their school on first two days of their cycle as they feared leaking.

l Some of them mentioned that the low-cost sanitary napkins that were provided under the government scheme few years ago were small in sizer and of bad quality.

l These girls also stated that the males of their household did not support them financially to avail better quality sanitary napkins.

l Some Adolescent girls of the area preferred to buy eatables instead of sanitary napkins in their periods as they did not consider it a significant issue.

l Most women were not aware of the concept of hygiene. There is so much stigma around periods being duty that women chose to use dirty or damp cloth repeatedly without discussing it with anyone

l Many also did not use sanitary napkins fearing infertility.

l Some also mentioned that there are restrictions on buying sanitary pads. This was one of the reasons they did not buy sanitary napkins and stick to washing and reusing their menstrual cloth.

l Washing and drying is thought to be done secretly so that it cannot be seen by others which also raised a concern on proper disposal of menstrual waste.

l It was observed that in many households, members believed that bathing in the cycle could cause infertility.

Our education sector plays an important role in child’s growth and development by allowing them to respond to changes and challenges they are facing in day to day life but many times it avoids issues related to menstruation and menstrual hygiene management by considering it one’s personal matter.

Girls should be educated about proper hygiene practices and also bring them out of traditional beliefs, misconceptions and restrictions regarding menstruation.

Awareness campaigns should be conducted where both men and women are educated regarding menstruation to overcome false beliefs and taboos related to it. Government intervention is much needed in this regard. It is important that sustained public health programs are developed for women through the involvement of key stakeholders such as, family members, school teachers, civil society and healthcare providers.

Subsidy should be given on menstrual products so that every girl or woman can afford them easily keeping in mind their quality.