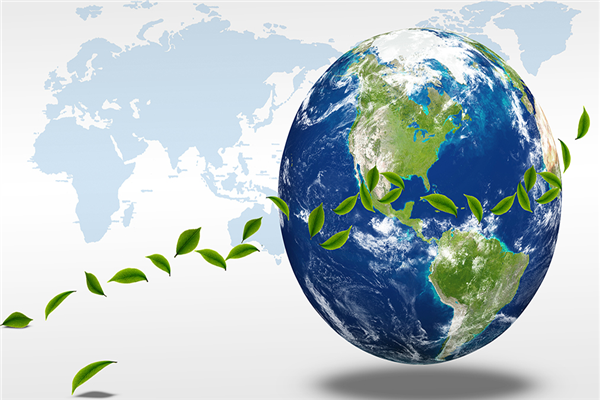 Efforts are going on around the world to protect the environment and minimize the effects of climate change. In this direction, the Himachal Pradesh State Pollution Control Board (HPSPCB) has been considering a proposal to give a green rating to the hotels and resorts in the hill state. This rating will be given on the basis of environment-friendly measures taken by the hotels to reduce pollution. Generally, hotels are rated in three and five star categories according to the facilities provided to the guests, but it will be perhaps for the first time in the country that the green rating will be given to the hotels and resorts. It is also important to take such small measures in the direction of controlling pollution and reducing the impact of environmental degradation.

In order to provide luxurious facilities to the guests, big hotels sometimes indulge in such activities which cause pollution. Replacing diesel powered electric generators with solar energy panels to deal with the power outage or failure, and provision of natural light and ventilation to the buildings may be such good measures. Similarly, there is a lot of pollution from airplanes also. More than 50 percent of the world's air travelers want less air pollution from the flights and they are willing to pay a little more for this measure.

Management consulting firm McKinsey & Company conducted a survey in 13 countries in which most air travelers expressed concern about air pollution caused by airplanes. About 5,500 people were consulted in the survey, of which 40 percent agreed to pay 2 percent additional money if the carbon emissions are reduced. In Spain, 60 percent of air passengers expressed their desire to opt for carbon neutral flights. Not only aircraft, some trains also add to the air pollution, especially diesel engine driven trains. In India, 37 percent of trains are still dependent on diesel engines. They cause a lot of pollution, to reduce which the railway is working towards using biodiesel in the fossil fuel based engines. The Ministry of Railways plans to completely electrify the railways by the year 2023, that is, the above 37 percent diesel locomotives should also be replaced by electric locomotives. Diesel engines of freight trains may need a little longer time.

Union Railway Minister Ashwini Vaishnav wants that by the year 2030, Indian Railways should be completely transformed into ‘green railways’. Railways has set up a solar power plant in Bina, Madhya Pradesh in February this year to generate the power it needs. Similarly, wind power plants are being planned in Rajasthan, Tamil Nadu, Karnataka and Gujarat. There is a plan to illuminate railway buildings and premises with LED bulbs for lighting, so as to save electricity and contribute towards environmental protection. The trend of electric vehicles has already begun, which will help in controlling pollution. Japanese companies like Honda have been the world leaders in automobiles, but over the years they have been facing stiff competition from automakers in the US and Europe, especially from companies like Tesla. Sales of electric vehicles (EVs), especially battery-operated cars, increased in the US, Europe, China and around the world last year. Booking of EV cars is happening so fast that companies have even started taking full amounts in advance from the buyers.

(The writer is a senior journalist & columnist. Twitter @ NarvijayYadav)