Brain is the organ most sensitive to alcohol, and it receives less oxygen when alcohol is present, which adds to the feeling of fatigue 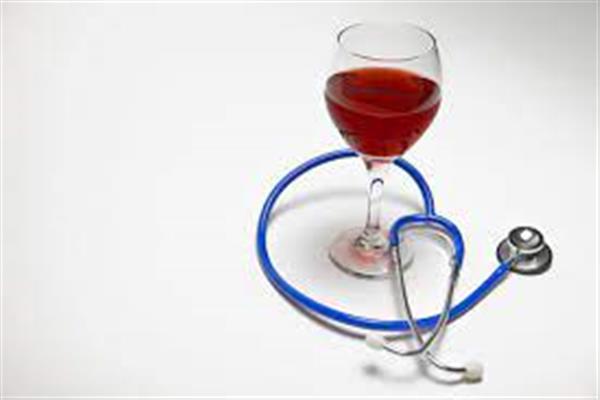 Medical myths are part of our everyday life. Everyone knows them but only a few realize when risks outweigh benefits. Lately, a lot of interest has been generated between alcohol consumption and heart disease. Many articles have been published in the print and electronic media of dailies inside and outside Kashmir, catching attention of general public and affected patients in particular. The consumption of alcohol has existed in human society since time immemorial. In monastic orders of religions like Islam, Christianity and the Buddhists, alcohol is generally forbidden. The Prophet (PBUH) said: ‘Alcohol is the mother of all evils and is the most shameful of evils.’ ‘ Anything which intoxicates in a large quantity is prohibited even in a small quantity. Thus there is no excuse for a nip or a tot.’

Islam categorically states that if a substance can destroy the clarity of the mind in large quantities, it is harmful even in minute quantities. Allah’s Messenger (PBUH) cursed ten people in connection with wine- the wine processor, the one who has it processed, the one who drinks it, the one who conveys it, the to whom it is conveyed, the one who serves it, the one who sells it, the one who benefits from the price paid for it, the one who buys it, and the one for whom it is bought (Sunan Ibni-Majah). Even the Holy Bible cautions, ‘ wine is a mocker, strong drink is raging; and whosoever is deceived thereby is not wise.’ (Proverb 20:1). Ayurveda, the medical branch of Hindu dharma contains clearly defined views on the use of alcohol and recognizes that excessive alcohol consumption can cause or contribute to physical and psychological diseases.

Besides religions sanctions against consumption of wine, and since we are in the spirit of questioning things here; are there any scientific reasons for the prohibition of consumption of intoxicantsi.e. alcohol, even in small quantities? The maximum number of deaths in the world related to any one particular cause is due to the consumption of alcohol. I need not go into the details of all the ill effectsof alcohol since most of them are commonly known.  Here is what American Heart Association says on the topic, ‘ the best-known effect of alcohol is a small increase in HDL cholesterol. However, regular physical activity is another effective way to raise HDL cholesterol, and Niacin can be prescribed to raise it to a greater degree. The linkage reported in the studies may be due to other lifestyle factors rather than alcohol.

What the apparent benefits of drinking wine or alcohol in some populations may be due to, including the role of antioxidants, an increase in HDL (good) cholesterol or anti clotting properties. Some of these components may be found in other foods such as grapes or red grape juice, or by consuming simple Aspirin.’ You may have heard that drinking wine in moderation (1 to 2 glasses a day), is safe and even beneficial in helping to reduce heart diseases. Even if this is true, the harm from alcohol outweighs the good, so it should be avoided. If you want to help your heart, there are better ways to do it, like exercising and eating less saturated fat and cholesterol.

Brain is the organ most sensitive to alcohol, and it receives less oxygen when alcohol is present, which adds to the feeling of fatigue. Even moderate drinking of alcohol (one or two drinks or the type of alcohol in beer, wine and spirits) appears to interfere with working memory by suppressing the activity in the hippocampus, a key area of the brain for learning and memory.

Mental processes such as restraint, awareness, concentration and judgment are affected, reaction time is slowed and there is a resulting inability to perform complicated tasks and processes in the brain that would normally detect errors in performance and help you instigate adjustments. (Mt. Sinai School of Medicine. Science 2002). Thus making drinkers more susceptible to accidents (automotive and in general). Not only did low to moderate drinking fail to protect against strokes (as was believed before), alcohol promotes shrinkage of the brain, a condition found in Alzheimer’s patients and also linked to dementia. These findings were based on MRI scans of the brains of over 3,000 people over the age of 65, and appeared in one of the issue of ‘Stroke’, a journal of the American Heart Association.

Alcohol irritates the stomach and interferes with absorption of vitamins, minerals and other nutrients. High blood pressure and alcohol abuse often go together. Long-term alcohol abuse can lead to; hepatitis, pancreatitis, gastrointestinal bleeding, ulcers, heart diseases, vitamin deficiencies, cirrhosis and cancer of the liver. Risk of osteoporosis increases for female drinkers. Drinking alcohol during pregnancy can lead to birth defects in the baby. There are over 150 medications commonly prescribed to older people that interact with alcohol. Depending on the drug, alcohol may make a particular drug work less well or not at all, can heighten its effect, or can be toxic.

Given these and other risks, the American Heart association cautions people not to start drinking, if they do not already drink alcohol. Alcoholism is both social and medical ‘disease’. What compels people to drink? A variety of factors, including people whose jobs bring them into contact with alcohol, or who find themselves in social settings where alcohol is freely available or even ‘pushed’ on them. Also, being able to afford the luxury of spending money on alcohol and having the leisure time to drink it, as well as being beguiled by ads, which allure a person to think that drinking alcohol is a way to have good time, or appear rich and powerful, and finally an outlet to relieve unhappiness and stress to daily life.

Finally, the example of other drinkers, usually friends can lure a person into thinking that it is okay to drink. Islam’s holistic approach to health and well being means that anything that is harmful or mostly harmful is forbidden. Therefore, Islam takes an uncompromising stand towards alcohol and forbids its consumption in either small or large quantities. Alcohol is undoubtedly harmful and adversely affects the mind and the body. It clouds the mind, causes disease, wastes money, and destroys individuals, families and communities. Many people thought they had control over their drinking habit, yet ended up having ‘ one glass too many.’ With Muslim values, there is no longer a ‘need’ to drink in order to relieve unhappiness and stress by slipping into a fantasy world. Muslims are required to face up to a lot of things, which is painful, but by working them out in Sunnah way. Consuming alcohol is basically not the best way to to run away from problems. A practicing Muslim will not touch alcohol out of fear of God (verse 2:219 of Quran). Those who do usually feel much guilt on breaking a Quranic injunction, in a true Islamic society, a person is not likely to ever reach the point of physical dependence on alcohol. Friends’ family and neighbors will not just look away while a person destroys himself and his family. Muslims are supposed to be very involved in correcting wrongs that they see.

Islam is a very community oriented faith. There is no place for an individual to do what he wants to do, if it hurts others. And by hurting yourself through drinking, you inadvertently hurt others. Although some scholars believe that in very rare instances alcohol containing medicines can be used. There is a great wisdom in the prohibition of drinking alcohol. Prophet (PBUH) said, ‘ Allah has sent down both the malady and its remedy. For every disease He has created a cure. So seek medical treatment, but never with something that has the use of which Allah (SWT) prohibited.’ If you are a non-drinker, you should not start drinking only to benefit your heart. Protection against heart diseases may be obtained through regular physical activity and a low-fat diet, and spiritual practices.

(Author is a Medical Practitioner)