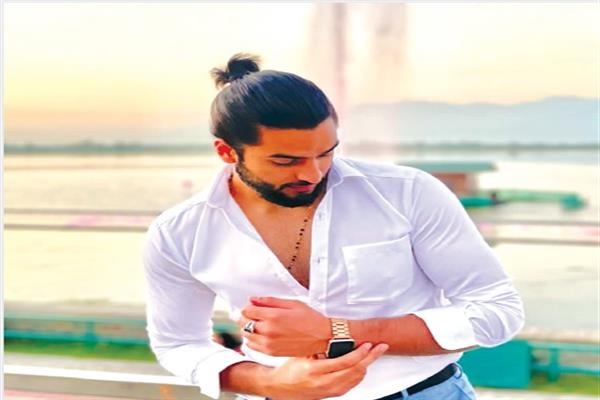 Akbar Tango, a 21 year old boy give up modelling career to start a pet business in Srinagar.He now runs a pet shop and a vet clinic where he sells new breeds of pets to people across the Kashmir valley. He believes Kashmir has a new pet obsession and it is growing day by day.

In the past two years, Tango, a BBA student , has started a homestead for fancy hens in addition to opening a pet shop and a veterinary clinic. Currently, he keeps a variety of chickens on his farm, including Japanese Bantam, British Siberite, Chinese Silkie, British Pekin, Irish Leghorn, Australian Black Australopithecus, Japanese Onagadori, French Estaires, Columbian Bantam, and American Buff Brahma, as well as Aseel Murga, and other intriguing breeds.

He has recently added the Kadaknath (Wild Black Chicken) to his farm. It is from Madhya Pradesh. The impressive benefits of Kadaknath are attributed to its extraordinary nutritional value. The Kadaknath eggs are as nutritious as the chicken itself is. The eggs contain a higher amount of protein (25.47%) compared to white chicken eggs. The eggs are found to be effective against headaches, asthma, kidney issues, iron deficiency, and quick recovery after delivery.

He was captivated by animals from his childhood, and at the same time, he wanted to become a model. However, like others, he got a chance during the pandemic to satisfy his enthusiasm.

When he was a student at Burn Hall School, he discovered his passion for performing and modeling at the age of 14. “Not till I was 18 and had completed high school did I get my big break for the Mr. North India 2019 competition in Chandigarh. I had passed my auditions and was chosen for the peasant category out of hundreds of competitors from all around North India,” he said.

During that time, he discovered that South India has fancy varieties of chickens. “I found a way there and then gradually started this homestead because I used to model in Bengaluru and we also had a house there. Whatever the case, I encountered a great difficulty to get these hens into Kashmir,"Tango told Rising Kashmir.

He says that each chicken has a different living space, so you need to distinctively treat them.

"Building a coop for them (fancy varieties) was also difficult. It was completed with the aid of a modeler from the city, and each chicken now has its natural habitat. They only get natural foods. It was exciting to raise the Aseel Murga, but I also wanted it to retain its uniqueness and not harm other birds (warrior)," he said.

Tango believes that because these layer chickens are so intriguing and lavish, they should only be used as lawn art or for decoration. "There isn't anyone who would want to consume them. They should, in my opinion, be used as showpieces or decorations.

“The cost of these birds depends on their age. Currently, the cheapest pair we have costs Rs 3,000, while the most costly pair costs Rs 18,000. I'm thinking of expanding and bringing more upscale species to the valley,” he said, adding“Similar to Wanraja Murg and Kadaknath, the UT administration should examine these birds. This will also have a positive impact on our economy.”