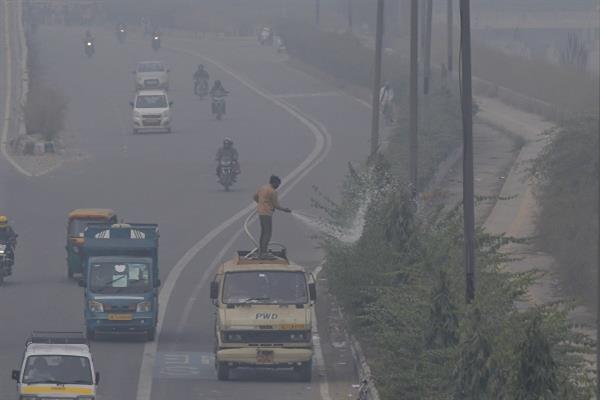 Right from the moment a woman finds out she is pregnant; she begins to take care of herself like never before. Be it taking prenatal vitamins, opting for a nutritious diet or staying off alcohol, tobacco and caffeine – she changes her lifestyle to improve her baby’s quality of life. But what if the air she breathes becomes a threat to her and her baby’s life?

Pregnancy is the most crucial time in the life of a baby, it is when a foetus develops all its organs. When a mother breathes toxic air so does her baby thereby exposing the baby to pollutants that can affect the development of its organs as well as have life-long consequences. Exposure to particle pollutants (a combination of toxic solid and liquid particles floating around in the air we breathe) has been linked to premature birth, low birth weight and, in extreme cases, infant mortality. It also impacts neurodevelopment and cognitive ability and triggers chronic respiratory diseases like asthma.

Air pollution poisons millions of pregnant women’s lives and their baby’s health. Newborns are more susceptible to air pollution, stunting their brains and affecting their health in more than suspected ways.

According to international researchers, air pollution contributes to nearly six million premature births globally. Pregnant women living in polluted areas are more likely to go into preterm labour which increases the risk of low birth weight, underdeveloped lungs in the baby, and death of the baby during or after the birth.

When pregnant women are exposed to toxic air pollutants, they can disrupt the delivery of nutrients responsible for foetal development, causing the baby to have low birth weight. As a result, babies born are unusually small and may have underdeveloped lungs and bodies.

Stillbirth refers to foetal death after the mother's 20th week of pregnancy. Several studies suggest that ambient air pollution exposure during pregnancy is associated with stillbirth occurrence. It is said that the risk is highest during the third trimester of pregnancy.

When pregnant women breathe polluted air, sooty particles reach the placenta through the bloodstream which can disrupt the lung development of the foetus. Such toxic exposure can cause long-term respiratory issues, such as asthma and allergies.

Several studies conducted worldwide have indicated that exposure to air pollution can increase the risk of autism spectrum disorder (ASD) in babies. A Harvard study stated women who were exposed to high particulate matter pollution during their third trimester were twice as likely to deliver an autistic child.

Air pollution is a health hazard for both the pregnant woman and her baby with many undesirable consequences. Pregnant women living in polluted areas can mitigate the harmful effects of air pollution by avoiding going outdoors as much as possible, wearing face masks, using air filters and planting trees and air purifying plants around themselves.