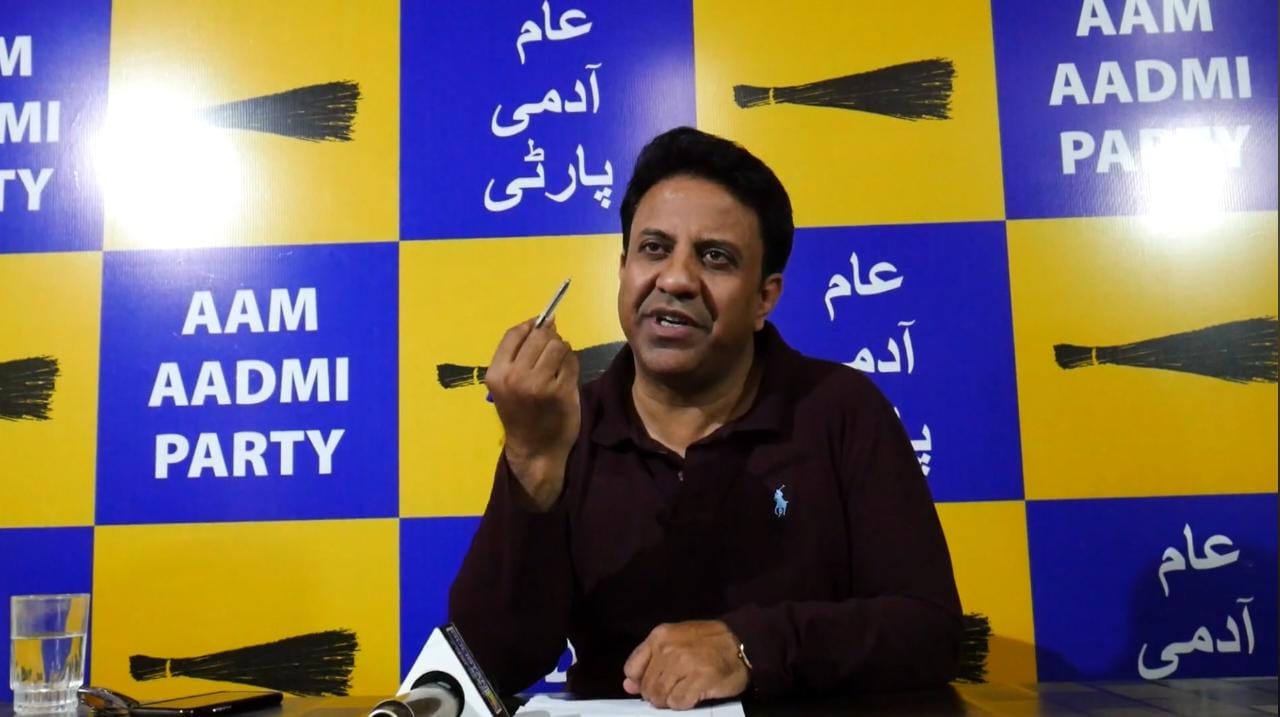 Sept 16: AamAadmi Party's state spokesperson Dr.Nawab Nasir on Friday hit hard at Jammu and Kashmir LG administration for showing insensitive approach towards self employment efforts for educated and professional unemployed youth by closing scheme of keeping a cap in development works for Self Help Groups and demanded resumption of scheme.
He said that Government after failing on development front and ensuring a transparent mechanism for Government recruitment has now started to snatch jobs from professional and employed youth going self employment works.

AamAadmi Party's state spokesperson Dr.Nawab Nasir addressed a press conference in Kashmir party office and said that promoting self employment among educated youth is best tool to deal with problem of unemployment but Jammu and Kashmir Government is insensitive to it and claims of Government for self employment efforts are not based on ground realities.

" We have only one demand that includes resumption of this scheme and to restore a cap of thirty percent in development works for SHGs." Dr.Nawab from AamAadmi Party further advised Jammu and Kashmir administration and BJP to show some sensitive approach towards its slogans of self employment.