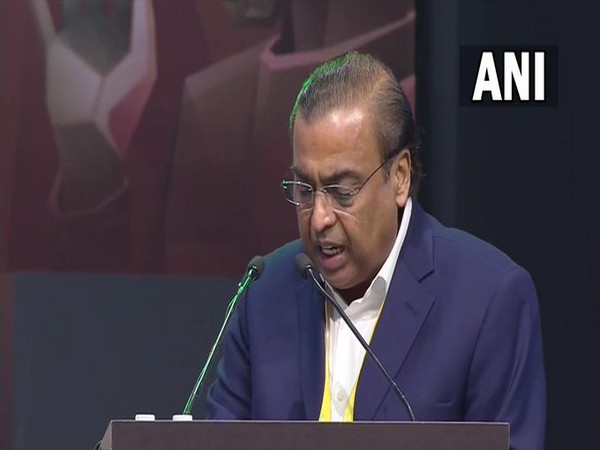 In the presence of Prime Minister Narendra Modi during the launch of 5G in India, Reliance Industries Chairman Mukesh Ambani on Saturday said 5G was much more than the next generation of connectivity and to his mind, it is the foundational technology that unlocks the full potential of other 21st century technologies like artificial intelligence (AI), Internet of Things, robotics, blockchain and metaverse.

He also thanked the Prime Minister that his leadership had raised India's prestige, profile and power globally like never before and in today's fast-changing world, there will be no stopping a resurgent India from soaring to the top. The chairman also said I think of fifth generation mobile technology (5G) as the acronym for five goals that can fundamentally transform our nation.

He also said it would not be an exaggeration to say that "5G is like a digital Kamadhenu, the heavenly cow that grants whatever we desire."

In his speech, Ambani said the first goal would be 5G and 5G-enabled digital solutions which can bring the affordability of high-quality education and skill development within the reach of the common man and this would help young Indians realise their full potential by arming them with world-class capability and competencies.

Secondly 5G, he said, can affordably deliver high-quality health care to rural as well as remote hospitals into smart hospitals without much additional investments

Thirdly, 5G can bridge rural and urban India by accelerating the digitalization and intelligent data management of agriculture and trade services, and the informal sector, he said.

For the fourth goal, he said 5G can make available the same power productivity tools to small-scale industry and commercial enterprises as are used by large capital-intensive businesses. "This will drive modernisation and profitability of all sectors of India's economy."

And lastly, the fifth goal 5G can power India's emergence as the world's intelligence capital by bringing artificial intelligence into every domain, which will help India become a major exporter of high-value-added digital solutions and services.

In his speech, he also congratulations to the department of telecommunications (DoT) and Cellular Operators Association of India (COAI) for organising the sixth edition of the India Mobile Congress. (ANI)