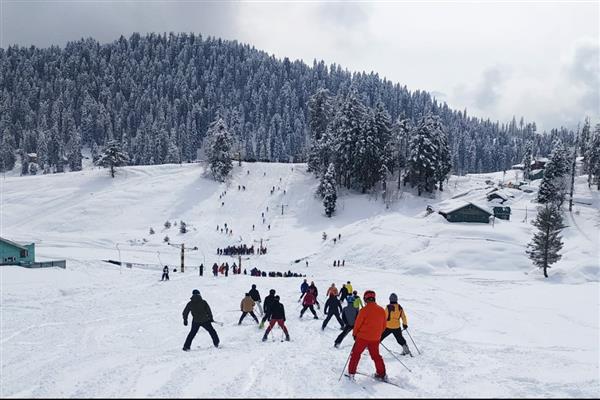 Gulmarg, Feb 01: The three-day-long selection trials for representing Jammu and Kashmir in the upcoming National Championship in Slalom and Giant Slalom in skiing and snowboard events scheduled to be held at Auli Uttarakhand starting from February 7 to February 10 concluded on Monday at Gulmarg.

The selection trials for skiing and snowboard events were conducted by the Winter Games Association of Jammu and Kashmir (WGAJK) in collaboration with J&K Sports Council (JKSC) starting from 28th January and concluded on 31th this month.

A total of 150 athletes took part in these trials of which 51 athletes were selected.

Vice president WGAJK, Abdul Rehman Dar told Rising Kashmir that a total of 51 meritorious players have been selected during the process of trials in the events of Slalom and Giant Slalom of skiing and snowboard disciplines for representing Jammu and Kashmir in the forthcoming National championship.

“The screening of the selected team shall take place on 2nd of February by J&K Sports Council at Divisional Sports council office playground Srinagar,” he informed.

Dar added that soon after the screening, the contingent shall be flagged off for the Auli Uttarakhand on 3rd February under the overall charge of coach Shabir Ahmad Wani, former international skier as chief of contingent, Hafeeza Hassan, former international athlete as General Manager ( lady in charge) and Ghulam Hassan Bhat as Coach assisted by Wali Mohammad Bhat as the in-charge equipment.