Who is to blame for the moral depravity?

Where is that education which used to make our children morally upright? Where are those teachers? 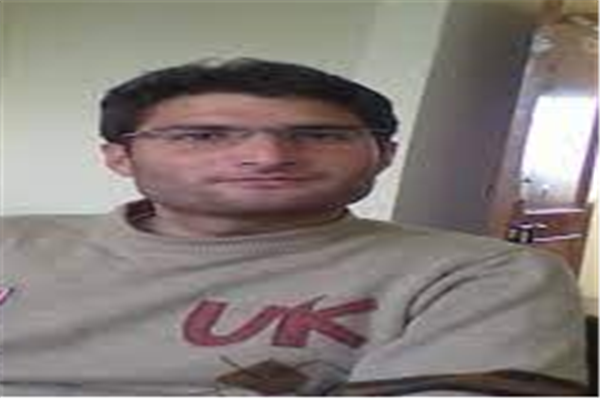 Recently, a youth was arrested for allegedly raping a polytechnic student in Srinagar. This shocking incident sent shivers down my spine, given we hardly come across such incidents here in Kashmir. The act shook my body and drove me to contemplate and ask few questions to myself; is it the same alcove of saints which we ham quite often? The question on the rearing of children? The question on society in general. However, the same incident took place in December, 2012 in capital city of India, where the very next day citizens hit the streets and demanded justice. I ask myself, have we lost the conscience or have we inculcated the typical habit “ kya Faraq Padta Hai, mera toh nahi hai."  Our beloved prophet (SAW) said, “If the Muslim of east is in pain, the Muslim of west should feel it.

The door of Knowledge Hazrat Ali (RA) has said, “if you want to destroy a nation, then it's ample to inculcate in them worldly desire and fornication”. But there is something that bothers to an extent that it doesn't leave me without pondering; when a nation is heading towards 100% literacy then why such incidents are seen day in and day out? Are we heading towards more literacy and less education? Has our education been confined to the walls of classroom and the issuance of degrees only? Where are those teachers who would hold the hand of their students and show them the straight path or have the teachers lost it what they were supposed to teach? Or has the teaching been confined to teaching books and getting salaries only? I ask you, do you have the answer?

I remember back in 2008, I was reading the article by ‘Ishrat Bashir Mattoo’, who had put a paragraph: “Once a friend of mine advised me that if in a bus, two seats are vacant, one with a youth and another with an elderly man, I should sit with the youth.  She was right because you can at least defend yourself against a youth but you cannot say anything to the elderly person for you will be considered shameless to blame an old man who has put up a saintly face.  Seeing old men indulging in such shameful acts, one is at loss to understand this moral chaos.  One even feels hesitant to blame the youth when their guardians themselves have gone astray.  We believe that parents should inculcate moral values in young people but who is going to teach the parents?  Who will rectify the loopholes in their own moral canvas?”  Ishrat Bashir was right because; we have seen such things happening off and on in our society where elders do such acts on which their lads turn the faces.

Coming back to teacher, I was once reading an article of professor Hajini, on; “Can Idealism and Integrity be inculcated in our youth?” in which he had put the lines:  “all teachers are not angelic in behaviour simply because the Education Department has employed them!  So the first requisite to mould the student’s personality on a particular pattern is to form some sort of parent-teacher co-ordinating agency that can regulate the student’s behaviour before and after his admission to the first primary class.”  Considering these lines one comes to the conclusion that Kashmiri people lack moral values.  What they have inculcated in their-selves are alien trends of the West.  It’s worth pity that being a Muslim, a child is never asked by his/her father has he offered ’Namaz’or not?  Has he read Quran or not?  Because that parent himself/herself knows if he/she would ask this question to his/her son/daughter; they would definitely pose them same, as he/she never does that.  How would that parent expect his/her child to be morally good, ethically brilliant?  This is worse than a shame that today parents watch indecent acts on T.V before their children.  What sort of morality would that parent demand tomorrow from his son or daughter?

It’s quit pathetic that nowadays a parent never asks his/her daughter, what dress Fatima (R.A), Aisha (R.A) used to wear and which dress was propounded by prophet Mohammad (S.A.W) for women. I once told my classmate about her dress code , who in reply said, ”Zamanay kay sath chalna padta hay.” on which I answered her that tomorrow if she could go to a place, where skirt is the modesty, tight cloths are the fashion and where nakedness is the thing which is adored by all, would then you follow all that?  She then didn’t speak, although downed her head as a sign of wrongness. There are many such cases which we see in our daily life where a person is bound to blame the parents who have reared their children in such a way that they do such acts that puts humanity into shame.  Parents are the source who could make their wards angels and civilized human beings.  So parents need to introspect which education they are inculcating in their wards!

Now coming to the role of teacher: Once upon a time, teacher was respected by all, it was said that a teacher is a Guru, Guide and next to father, but why has the meaning changed now?  Why has he become the money minting machine?  Why has he lost that honour?  These are the questions which speak volumes.  There were the times when a student used to hide his face so that a teacher could not see him. There was time when a student would not understand and a teacher would spend hours so that his student could understand.  There is a time now where a student needs to pay money so that a teacher can teach him.  If a student turns to be poor then, he is espoused to give up his studies since no one is going to teach him free.  There used to be a time when a teacher's word was put as a synonym with fear and student was that much afraid of a teacher that he would pass out in front of him.  There is a time now where student and teacher share the same chair. Where is that education which used to make our children morally upright?  Where are those teachers?  I am in search, let me ferret!  As I am in despondence and I am in wait.

(Author is RK columnist. He can be reached on: mufti.jameel97@gmail.com)