When 'Chillai-Kalan' was welcomed, celebrated as a festival 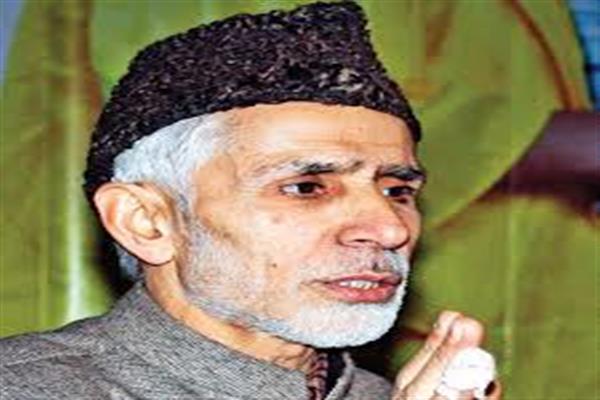 As the 40-day harshest winter period' Chillai-Kalan' begins from today, Kashmir's noted poet and historian Zareef Ahmad Zareef says in the past people of the Valley used to prepare in advance and welcome and celebrate the advent of the frosty winter phase.

Zareef told Rising Kashmir that ‘Chillai-Kalan’ has its own history of more than 1000 years and people of Kashmir would traditionally welcome the season and stay inside their homes during the same period, he said.

He said as Islam spread in the Valley, the Muslim preachers from Iran started calling this 40-day harsh winter period as ‘Chillai Kalan’ instead of 'Sishshar Mass'—the term earlier used by Buddhists.

In the Persian tradition, the night of December 21, the longest of the year, is celebrated as ‘Shab-e-Yalda’ (night of birth) or ‘Shab-e-Chelleh’.

“Kashmir had a deep influence of Iran, it is also called 'Iran of Asia' (Iran-i-Sageer) as the valley had a close connection both traditionally and religiously with the middle-eastern country,” he said.

"In the past, people used to prepare in late summer months for harsh winters in advance to remain self-sufficient. There was a special space called ‘Wagga' in every house for drying vegetables, fishes, and pulses in the sunshine," he said.

The veteran historian said in the old city most people were artisans and would often stay inside homes during the period, while in villages’ people were rearing sheep, weaving carpets, preparing mates and doing other works, he said.

“People would celebrate this season as they were mostly self-sufficient and were not dependent on anyone like the present society. There were fewer infections, diseases as people would often eat as per the weather conditions,” he said.

Zareef said people in Srinagar would often visit Harissa shops, Hamams and during nights poets would often narrate their poems in closed rooms. Tea and Kehwa were served in these small parties, he added.

He said there were only four Harsisa shops famous in Srinagar. In the old city, it was in Aali Kadal, Saraf Kadal, and Fateh Kadal, while in the upper city it was in Saribal were the delicacy would be relished.

Recalling his childhood, he said snow would accumulate up to two storeys. People from Dal interiors would come and remove snow from rooftops,” he said.

Zareef said the architecture of houses back then was much more suitable to face the harsh winter period. “Kangri ( firepot) and Hamaams were the main sources of warmth during the winters. People in the upper reaches would burn the firewood in their mud huts,” he said.

“Now the situation has changed and modern gadgets have replaced traditional Kangri and other heating systems. History of Chillai Kalan has now remained a folk tale for our new generation,” he added.