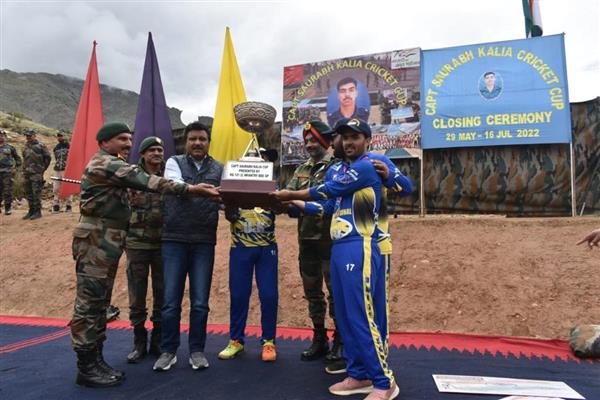 According to an army spokesman, the tournament was played to pay tribute to Late Capt Saurabh Kalia.

He said that tournament was organised in association with community members of Kaksar at Capt Saurabh Kalia Cricket Stadium, Kaksar by Kargil Sentinels with an aim to promote games and sports in the Ladakh Region.

The final match was won by United Kirkit, Kargil by two wickets and Md Ali of Skarchan Lato team was adjudged as Man of the Series. “Both the teams were felicitated on occasion. Indian Army remains at the forefront in encouraging the culture of fitness and sports, enabling youth to participate in such activities.”