Two dead along LOC in Keran sector after exchange of fire: Army 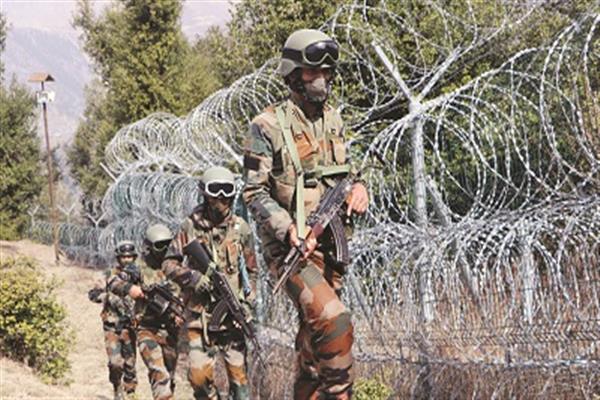 Srinagar, June 28: Army on Tuesday said that they shot dead two persons along the Line of Control (LoC) in Keran sector of Kupwara in north Kashmir after an exchange of fire.

They said that a large chunk of arms and ammunition were also recovered from their possession.

The slain persons were identified as Majid Chechi and Shamsudin Beigh.

Police said that the slain persons are believed to have come to receive a cache of arms and narcotics and facilitate infiltration of terrorists.

A senior Army officer told Rising Kashmir that following suspicious movement/activity along the LoC, both persons were killed. "They also fired on troops which was retailed. We have recovered war-like stores from their possession," he said.

A police spokesman said as reported by Army some suspicious movement was observed close to the fence in the general area India Gate – Bichu in Keran sector of Kupwara by the fence patrol party.

"The suspected movement was challenged by Army’s patrol party.  On being challenged, fire was drawn on patrolling party from the fence side which was retaliated," he said.

"It is believed that both the individuals identified as Majid Chechi & Samsudin Beigh had come to receive a cache of arms and narcotics and to facilitate infiltration of militants in the general area of Rauta Nar at fence," the spokesman said.

Police have registered the case and the investigation has been taken up, the spokesman said.