The Diagnosis and Treatment of Glaucoma

The risk of glaucoma increases dramatically with age, but it can strike any age group, even newborn infants and fetuses 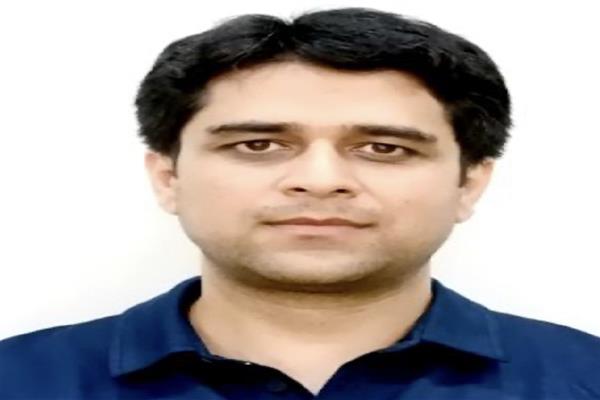 Glaucoma is a group of eye diseases characterized by damage to the optic nerve usually due to excessively high intraocular pressure (IOP).This increased pressure within the eye, if untreated can lead to optic nerve damage resulting in progressive, permanent vision loss, starting with unnoticeable blind spots at the edges of the field of vision, progressing to tunnel vision, and then to blindness.

Glaucoma is the leading cause of preventable blindness in the world and the most frequent cause of blindness in African-Americans, who are at about a three-fold higher risk of glaucoma than the rest of the population. The risk of glaucoma increases dramatically with age, but it can strike any age group, even newborn infants and fetuses.

Eyes are sphere-shaped. A tough, non-leaky protective sheath (the sclera) covers the entire eye, except for the clear cornea at the front and the optic nerve at the back. Light comes into the eye through the cornea, then passes through the lens, which focuses it onto the retina (the innermost surface at the back of the eye). The rods and cones of the retina transform the light energy into electrical messages, which are transmitted to the brain by the bundle of nerves known as the optic nerve.

The iris, the colored part of the eye shaped like a round picture frame, is between the dome-shaped cornea and the lens. It controls the amount of light that enters the eye by opening and closing its central hole (pupil) like the diaphragm in a camera. The iris, cornea, and lens are bathed in a liquid called the aqueous humor, which is somewhat similar to plasma. This liquid is continually produced by nearby ciliary tissues and moved out of the eye into the bloodstream by a system of drainage canals (called the trabecular meshwork). The drainage area is located in front of the iris, in the angle formed between the iris and the point at which the iris appears to meet the inside of the cornea.

Glaucoma occurs if the aqueous humor is not removed rapidly enough or if it is made too rapidly, causing pressure to build-up. The high pressure distorts the shape of the optic nerve and destroys the nerve. Destroyed nerve cells result in blind spots in places where the image from the retina is not being transmitted to the brain.

Open-angle glaucoma accounts for over 90% of all cases. It is called “open-angle” because the angle between the iris and the cornea is open, allowing drainage of the aqueous humor. It is usually chronic and progresses slowly. In narrow-angle glaucoma, the angle where aqueous fluid drainage occurs is narrow, and therefore may drain slowly or may be at risk of becoming closed. A closed-angle glaucoma attack is usually acute, occurring when the drainage area is blocked. This can occur, for example, if the iris and lens suddenly adhere to each other and the iris is pushed forward. In patients with very narrow angles, this can occur when the eyes dilate (e.g., when entering a dark room, or if taking certain medications).

Congenital glaucoma occurs in babies and is the result of incomplete development of the eye’s drainage canals during embryonic development. Microsurgery can often correct the defects or they can be treated with a combination of medicine and surgery. Glaucoma is also a secondary condition of over 60 widely diverse diseases and can also result from injury, inflammation, tumor, or in advanced cases of cataract or diabetes.

The cause of vision loss in all forms of glaucoma is optic nerve damage. There are many underlying causes and forms of glaucoma. Most causes of glaucoma are not known, but it is clear that a number of different processes are involved, and a malfunction in any one of them could cause glaucoma. For example, trauma to the eye could result in the angle becoming blocked, or, as a person ages, the lens becomes larger and may push the iris for- ward. The cause of optic nerve damage in normal-tension glaucoma is also unknown, but there is speculation that the optic nerves of these patients are susceptible to dam- age at lower pressures than what is usually considered to be abnormally high. It is probable that most glaucoma is inherited. At least ten defective genes that cause glaucoma have been identified.

At first, chronic open-angle glaucoma is without noticeable symptoms. The pressure build-up is gradual and there is no discomfort. Moreover, the vision loss is too gradual to be noticed and each eye fills-in the image where its partner has a blind spot. However, if it is not treated, vision loss becomes evident, and the condition can be very painful. On the other hand, acute closed-angle glaucoma is obvious from the beginning of an attack. The symptoms are blurred vision, severe pain, sensitivity to light, nausea, and halos around lights. The normally clear corneas may be hazy. This is an ocular emergency and needs to be treated immediately. Similarly, congenital glaucoma is evident at birth. Symptoms are bulging eyes, cloudy corneas, excessive tearing, and sensitivity to light.

Intraocular pressure, visual field defects, the angle in the eye where the iris meets the cornea, and the appearance of the optic nerve are all considered in the diagnosis of glaucoma. IOP is measured with an instrument known as a tonometer. One type of tonometer involves numbing the eye with an eyedrop that has a yellow coloring in it and touching the cornea with a small probe. This quick test is a routine part of an eye examination and is usually included without extra charge in the cost of a visit to an ophthalmologist or optometrist.

Ophthalmoscopes, hand-held instruments with a light source, are used to detect optic nerve damage by looking through the pupil. The optic nerve is examined for changes; the remainder of the back of the eye can be examined as well. Other types of lenses that can be used to examine the back of the eye may also be used. A slit lamp will allow the doctor to examine the front of the eye (i.e., cornea, iris, and lens). Visual field tests (perimetry) can detect blind spots in a patient’s field of vision before the patient is aware of them. Certain defects may indicate glaucoma. Another test, gonioscopy, can distinguish between narrow-angle and open-angle glaucoma. A gonioscope, which is a hand-held contact lens with a mirror, allows visualization of the angle between the iris and the cornea. Intraocular pressure can vary throughout the day. For that reason, the doctor may have a patient return for several visits to measure the IOP at different times of the day.

When glaucoma is diagnosed, drugs, typically given as eye drops, are usually tried before surgery. Several classes of medications are effective at lowering IOP and thus preventing optic nerve damage in chronic and neonatal glaucoma. Beta blockers, carbonic anhydrase inhibitors, and alpha-2 agonists, inhibit the production of aqueous humor. It is important for patients to tell their doctors about any conditions they have or medications they are taking. Certain drugs used to treat glaucoma should not be pre- scribed for patients with pre-existing conditions. Different medications lower IOP by different amounts, and a combination of medications may be necessary. It is important that patients take their medications and that their regimens are monitored regularly, to be sure that the IOP is lowered sufficiently. IOP should be measured three to four times per year.

There are several types of laser surgery used to treat glaucoma. Laser peripheral iridotomy makes an opening in the iris allowing the fluid to drain, argon laser trabeculoplasty is aimed at the fluid channel opening to help the drainage system function and laser cyclophotocoagulation is used to decrease the amount of fluid made. Micro- surgery, also called “filtering surgery” has been used in many different types of glaucoma. A new opening is created in the sclera allowing the intraocular fluid to bypass the blocked drainage canals. The tissue over this opening forms a little blister or bleb on the clear conjuctiva that doctors monitor ensuring that fluid is draining. These surgeries are usually successful, but the effects often last less than a year. Nevertheless, they are an effective treatment for patients whose IOP is not sufficiently lowered by drugs and for those who can’t tolerate the drugs. Because all surgeries have risks, patients should speak to their doctors about the procedure being performed.

About half of the people stricken by glaucoma are not aware of it. For them, the prognosis is not good, and many of them will become blind. Sight lost due to glaucoma cannot be restored. On the other hand, the prognosis for treated glaucoma is excellent.

Because glaucoma may not initially result in symptoms, the best form of prevention is to have regular eye exams. Patients with narrow angles should avoid certain medications (even over-the-counter medications, such as some cold or allergy medications).Any person who is glaucoma-susceptible (i.e. narrow angles and borderline IOPs) should read the warning labels on over-the-counter medicines and inform their physicians of products they are considering taking. Steroids may also raise IOP, so patients may need to be monitored more frequently if it is necessary to use steroids for another medical condition.

Not enough is known about the underlying mechanisms of glaucoma to prevent the disease itself. However, prevention of optic nerve damage from glaucoma is essential and can be effectively accomplished when the condition is diagnosed and treated. As more is learned about the genes that cause glaucoma, it will become possible to test DNA and identify potential glaucoma victims, so they can be treated even before their IOP becomes elevated.

(Author is a Medical Practitioner and can be reached at: Mir.muzaffar@yahoo.com)