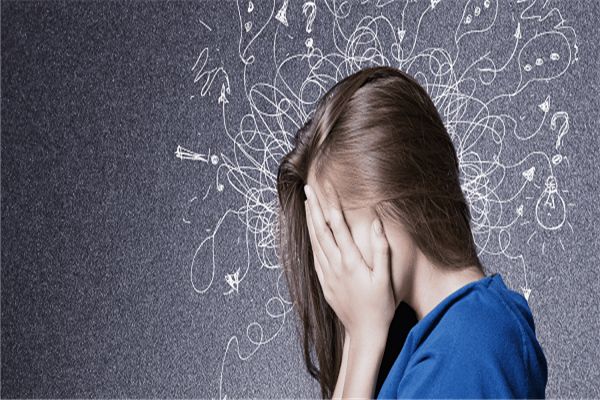 Oftentimes, people who are going through a tough time in life turn to alcohol and other drugs to escape their pain. In our society, men have depended on alcohol as their companions through difficult times in life for years. However, depending on substances to cope with mental health issues is not healthy and can lead to the development of co-occurring mental health and substance abuse disorders.

Co-occurring disorders refer to when an individual suffers from both a substance abuse or addiction problem and a mental health disorder. Substance abuse and mental health disorders are closely linked but may not necessarily cause the other directly. Abusing substances like marijuana can cause prolonged psychotic reactions, while alcohol can make depression or anxiety worse.

Both the disorders have their unique symptoms that affect an individual’s functioning in life like at school, work or in relationships. Approximately 7.7 million adults have co-occurring mental and substance abuse disorders but it can be difficult to determine which came first.

Alcohol and drugs often act as catalysts for mental disorders. They are used as self-medication for the symptoms of mental disorders. It helps people to momentarily relieve themselves of difficult emotions and change their mood. Substance abuse can increase the underlying risk for disorders.

When someone is predisposed to mental disorders due to genetic or environmental causes, the high and regular intake of substances can make them more susceptible to developing the disorder.

Some mind-altering substances may even induce problems in the brain by releasing or inhibiting certain chemicals. This can greatly impact one’s mental health if one is already a part of the vulnerable population. For example, heavy cannabis usage has been linked to increased schizophrenic symptoms. Lastly, abuse of alcohol or drugs can interact with medications like antidepressants or mood stabilizers and make them less effective and delay recovery.

Research has focused on links between some majorly prevalent mental health disorders and substance abuse as co-occurring disorders.

·        Bipolar disorder is a huge risk factor for people who have substance abuse disorder. Many drugs can alter moods and cause mania or inactivity in individuals triggering manic or depressive episodes.

·        Research has found that in 75% cases of anxiety disorder precedes substance abuse.

·        People with PTSD often resort to substances like alcohol to deal with their symptoms.

·        People with Attention deficit hyperactivity disorder (ADHD) are prone to high-risk behaviour like substance abuse. It was found that 15% of people with ADHD have some kind of substance abuse and about 70% rely on substances to deal with their symptoms.

Some common risk factors that contribute to both substance abuse and mental health disorders have been studied by researchers. One of those is genetic influence. It has been estimated that 40-60% of an individual’s vulnerability to these disorders is attributed to genetics. Epigenetic influences refer to changes in the regulation of gene activity and expression that can also have a powerful impact on one’s behaviour and susceptibility to disorders. Many environmental factors are associated with an increased risk of substance abuse and mental health disorders like trauma, adverse childhood experiences, parenting, socio-economic upbringings etc. One of the major influences, however, is stress.

Therefore, they should not be ignored. It’s difficult to get better and deal with one disorder let alone two, but there are things that one can do to conquer these demons, repair their relationships and get on the road to recovery.

Besides seeking professional help, there are many steps that one can take to address their co-occurring disorders. The first and foremost thing is to get started on sobriety. Learn to manage your stress in healthier ways and cope with those unpleasant feelings as these can act as triggers. So, try to have an action plan that can help curb these triggers. This may involve connecting more with others, getting involved in support groups, or making major lifestyle changes like developing new activities and interests.

For those who are helping their loved ones in their battle to fight through co-occurring disorders, you need to take care of yourselves as well. Seek support in others whose experiences are similar to yours. Set boundaries for yourself, educate yourself and be patient with your loved ones as each step they take forward will help them in the long run.