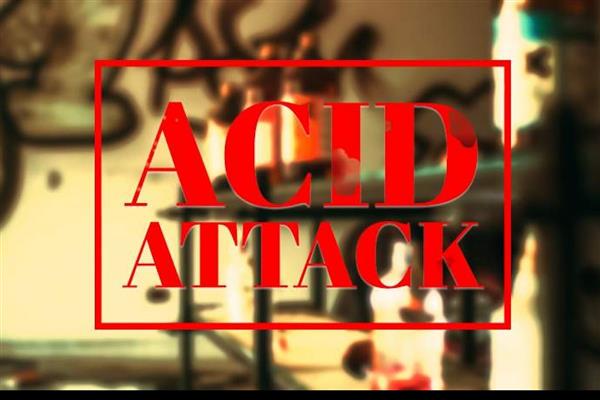 Srinagar, Aug 09: A Srinagar woman, attacked with acid for rejecting a marriage proposal on February 01, has identified the main accused in the case Sajjad Ahmed Rather in a court here and recorded her statement, officials and her lawyer said on Tuesday.

Accompanied by her parents and friends, the woman appeared before the court on Monday at 11.30 am and was subjected to exhaustive cross-examination by the defence lawyers which continued till 4.30 pm, her lawyer Mir Naveed Gul said.
The woman was undergoing treatment at an eye hospital in Chennai. She appeared before the court to record her statement as a witness and identify Rather as the person who threw acid on her face, the officials said.
Gul said the woman was one of the prosecution witnesses mentioned in the charge sheet, filed by the police within three weeks of the incident that took place in downtown Srinagar city.
"We plan to get some more witnesses mentioned in the charge sheet, after which the prosecution will place its final argument. We have been hoping for speedy justice," the lawyer said.
The Jammu and Kashmir Police had filed a 1,000-page charge sheet against three people -- Rather and Mohammad Saleem Kumar, alias Tota, and a juvenile. The police have prayed for the juvenile to be treated as an adult as per the amended Juvenile Justice (Care and Protection of Children) Act, wherein youngsters in the age group of 16-18 can be tried under the Indian Penal Code (IPC) if they are accused of heinous crimes.
The accused were charged under sections 120-B (criminal conspiracy) and 326-A (voluntarily causing grievous hurt by use of acid) of the IPC.
The charge sheet was filed within three weeks of the incident to ensure swift and exemplary punishment to the accused and to deter those who may be having such "barbaric" tendencies, the officials said.
The maximum punishment under these sections is a life sentence and the minimum is 10 years imprisonment, but the prosecution is pressing for the maximum so that it acts as a deterrent, they said.
The woman, along with her family members, shifted to Chennai for specialised treatment. The expenses were met by a businessman-turned-politician, who prefers anonymity.
DHSK visits Srinagar areas to oversee health arrangements on Ashura
Srinagar, Aug 09: On the eve of Ashura, Director Health Services Kashmir, Dr Mushtaq Ahmad Rather on Tuesday visited the Srinagar areas to oversee the health care arrangements during the Muharram processions.
During the visit to Srinagar, the director was accompanied by Deputy Director Dr JehanzebTankay, Chief Medical Officer (CMO) Srinagar, Dr Jameel Mir, ZMO Zadibal, DHO Srinagar Dr Anjum, spokesperson DHSK Dr Mir Mushtaq besides other concerned health officers and officers were present on the occasion,
The director first visited the Zadibal area and visited several medical camps organized by the health department. He also visited blood donation camps which were organized by various NGOs in collaboration with the health department.
The director interacted with the blood donors and appreciated their efforts in blood donation which he termed the best gift to mankind.
He further interacted with the mourners and asked them about the health care arrangements provided by the department during the Muharram processions.
During the visit, people appreciated the efforts and services provided by the health department. They also expressed gratitude to the director. Dr MA Rather also interacted with the staff and doctors on duty.