Shazia Jan innovates to save time 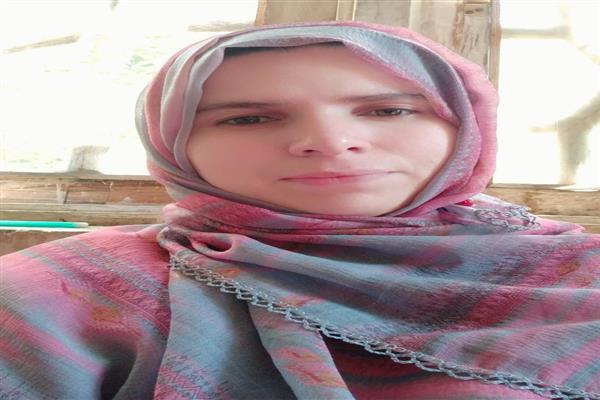 Believing in time saving methods, Shazia Jan, an innovator has made a number of innovations to save her time in performing daily chores. Hailing from Qazigund, she is a mother of two kids and a teacher by profession.

Twenty-seven-year-old Shazia is known for her creation of Kashmiri Gas Samovar and has been working on a number of innovations to reduce the time of a person in completing the daily tasks and make life easier.

She made a Kashmiri Gas Samovar. Earlier, the traditional Kashmiri kettle required coal for preparation of tea. However, Shazia while making the tea with samovar thought of doing some modifications which would save her time by using it with an LPG cylinder.

“To prepare nun chai with the help of traditional samovar, one has to put a lot of effort into placing coal inside and airing it repeatedly for hours. The conventional method of using coal is time consuming and produces a lot of ash and smoke which can cause black patches on hands and clothes. It also causes irritation of eyes,” she said.

Her innovation not only enabled to make nun-chai in an easier, hygienic and innovative manner but also maintained the culture of making it as well.

She said, "Because of the efforts involved many people have stopped the use of samovar and switched to kettles which doesn't provide the same taste and also has a number of health hazards,"

She shared the idea with her father who was surprised to change the traditional artifact being used for centuries with something new. She immediately made a rough diagram of paper to show him. The new innovation required some modified burners and regulators.

Her father agreed to support her but there was no one to make the modified burners and regulators which can be used in the samovar. Instead Shazia went ahead on her own and started making a burner. After 15 attempts, she came up with a curved burner which could be used inside the samovar. Next day, she went to the black smith to fit the burner with the samovar. People were surprised when they saw samovar being used without using coal.

Shazia has modified the traditional Kashmiri Samovar by inserting a modified curved shaped gas burner inside the cylindrical shaped fire container. She has modified the size of the common regulator by replacing the nozzle inside of it so that the regulator would be convenient for the small gas cylinders.

“I didn’t give up when I wasn’t able to make a burner and I was making one after another. Then I finally succeeded after a month,” she said.

The working of Gas Samovar is the same as the traditional one. However, the effort involved in handling coal and time involved in preparation of tea gets reduced drastically.

In traditional samovar a lot of heat gets wasted. The heat can be utilized as external support on the rim has been provided to hold utensils. While tea gets prepared inside the samovar, one can place an extra utensil on the external support and can boil water or milk and make bread.

Then soon National Innovation Foundation (NIF) Cell J&K, Institute Of Technology, University of Kashmir, Zakura campus scouted her and incubated financially and technically. She was awarded the National Award during Festival of Innovations and Entrepreneurship (FINE) organized by National Innovation Foundation (NIF) India at Rashtrapati Bhavan, New Delhi. She has also participated in various innovation exhibitions organized by NIF.

She said, “If every individual in his or her life solves at least one problem, one day will surely come when there will not exist any such problem in the world that remains unsolved.”

She further has many plans to reduce human efforts in handling many things and further wants to develop a modified lighter for ignition purposes of the gas samovar.

With the incubation support of NIF, she is currently working on a number of new prototypes/ innovations.

An automatic sink for washing utensils is in progress. The sink has a brush in the middle and a handle is adjusted at the top for the movement of the brush. The used dishes will be put in the sink with water and a few drops of dishwash. Then the handle will be moved and the dishes will be cleaned.

Also, a walnut picking machine of 20-25 feet tall which will work on a vibrating machine, painting brush, sickle, fruit drying machine for drying spices and a double tube tyre are some of the ideas that she is working on.

She has also made an Automatic Sieve for flour or cement sieving which works automatically. Some ideas that are on her mind are Automatic Construction Material Lifting Machine for easy lifting of construction material from one floor to another.

She said, “I have a lot of ideas and need support to set up a unit where all the essential items will be available there. I live in a place where things are not easily available. I need a welding machine and I have to travel to far off places to get the things. Many of the ideas are dropped because I don’t find essential machinery for it.”

Through her journey, she has received huge support mostly from her father and husband. “I get the ideas while working. Whenever I encounter any problem, I look for the solution myself rather than lamenting over it. There should be an easier way of doing every work so that one can save time, energy and money. Our health will be improved and our life will be better,” she said.