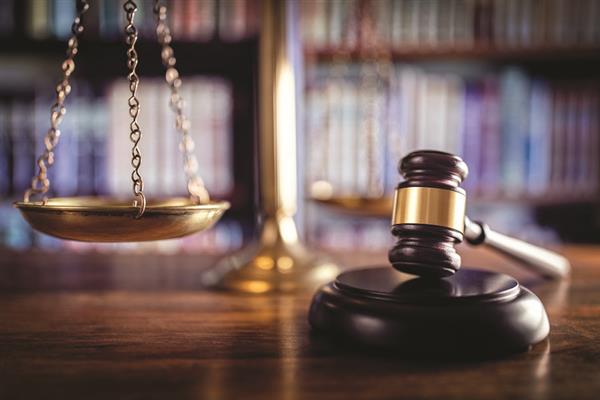 India, the nation where marriage is considered to be a sacrament by most is plagued by dowry-related violence and the same is not limited to any particular region or religion but is a social evil whose greedy roots are spread in each and every part of the country. In fact, according to a BBC report in 2013, around 3,09,546 crimes were reported against women, of which 1,18,866 were for domestic violence alone. To combat this issue of violence related to women,Section 498-A was brought into the IPC in the year 1983 to curb the menace of cruelty to married women, which often led to dowry deaths.

India National Crime Record Bureau reports 8,233 dowry death cases from across India as per its 2012 data. One of the prime causes of the same are dowry related crimes. The United Nations Division for the Advancement of Women has defined Dowry-related violence as – “any act of violence or harassment associated with the giving or receiving of dowry at any time before, during or after the marriage.”

Every year, thousands of women either die or commit suicide due to the harassment suffered by them over dowry related demands. The dowry custom reinforces the idea that girls and women are a burden on the society and that their value can be reduced to money and material goods. According to The Guardian, around 20 women die everyday as a result of dowry harassment by their husbands or families-in-law.

Even though the increase in education has acted in a big way and the marriage practices in India are changing with more and more people opting to marry later than before, parents of girls in India continue to offer dowry fearing that their daughters will not be treated well in case they do not.

The various laws that are framed for women emancipation are aiding in a big way to improve the condition of women in India, however, Sec 498-A continues to be the most debatable section regarding Crime Against Women as it is claimed that it is more often misused than used for the protection of women. It is also stated that this section has become a weapon in the hands of women who abuse and harass their husband and his family in order to make them kneel to their unreasonable demands and the women who actually need it are unable to take recourse before law.

Just like every coin has a flip side, this section too comes with its own problems, but the most important question that still remains is that can we neglect the real scenario of the women in the Indian Society where a large section of the married women is repressed and have been subject to cruelty by their in-laws due to the presence of some misused cases?

The Indian Penal Code, 1860, was amended in 1983 and Section 498-A was inserted which deals with Matrimonial Cruelty to a woman. By the same Amendment Act, Indian Evidence Act was also amended and section 113-A was added to increase presumption regarding abetment of suicide by a married woman.

The introduction of Section 498-A of I.P.C was with the main objective to protect a woman who is being harassed by her husband or relatives of husband, therefore as per Chapter XXA of Indian Penal Code, under Section 498 A, Matrimonial Cruelty in India is a cognizable, non-compoundable and non-bailable offense.

Section 113A of Indian Evidence Act

Presumption as to dowry death-

When the question is whether a person has committed the dowry death of a woman and it is shown that soon before her death such woman has been subjected by such person to cruelty or harassment for, or in connection with, any demand for dowry, The court shall presume that such person had caused the dowry death.

Explanation- For the purpose of this section dowry death shall have the same meaning as in section 304-B of the Indian Penal Code (45 of 1860).”

In a catena of judgements, the Indian courts have held that drinking and late coming habits of the husband coupled with physical abuse that is beating and demanding dowry also amounts to cruelty as per the meaning of the concerned section. In a case before the Supreme Court, it was observed that the concerned section has given a new dimension to the concept of cruelty for the purposes of matrimonial remedies. It has also been held that cruelty is a common essential in both section 304-B and section 498A and it is possible that persons acquitted u/s 304B for the offence of dowry death are convicted for an offence u/s 498A of the IPC.

Looking at the flip side now, many women have also started misusing sec 498A as a weapon rather than a shield. This act has led to the destruction of many families where not only the husband, but also his parents, sister, brother and their families are impleaded in false dowry harassment cases in order to bend the entire family to the illogical whims and fancies of the newly wedded wife. Such 498A cases turn out to be mere blackmailing attempts by the girl or her family and hence in most of such cases, a 498 A complaint is also followed by the demand of huge amount of money to settle the case out of court.

The total number of 498A cases registered in India was 1,04,551 in 2017; 1,03,272 in 2018 and 1,25,298 in 2019. In 2020, Uttar Pradesh had the highest number of reported dowry deaths with more than two thousand cases registered with the authorities. The country recorded nearly seven thousand cases of dowry related murder cases that year. The fact remains that such cases also include misreported and false cases that only lead to an increase in the number of statistics without disclosing the true picture. The courts have also held specifically that there are misuse and exploitation of the provisions pertaining to sec 498Ato such an extent that it was hitting on the basis that is the foundation of marriage itself and which ultimately proved to be not a good sign for the health of society for the public at large.

The other sections of the society namely, the police, politicians and even judges claim that sec 498 A is time and again being misused as a weapon by women. Similar views were also expressed by the former Justice K T Thomas, in fact, even the 2003 Malimath Committee report on reforms in the criminal justice system also depicted, significantly, about the "general complaint" of Sec 498A of the IPC to be a subject to gross misuse; and therefore, the same report suggested an amendment to the impugned provision, however, it failed to provide any data regarding how frequently the section is subject to misuse.

While the fact remains that 9 out of 10 cases related to women are pertaining to dowry related problems, the issue of false and misreported cases can also not be ignored. The Indian courts have been using this provision since its inception to safe guard the married women from the atrocities committed on her by her husband or his family for demands against dowry. These atrocities can be both physical and mental and at times reach such a level where the woman is constrained to end her own life as she sees no other escape from her traumatized life. Keeping this in mind, the point of view of both the government as well as the people needs to change and it has to be realised that even though this law is being misused, but it has still proved to be a life saver for many a women by coming to their and showing that its aim which is to protect women who have shown the courage and stood up to file complaints against their abusers has been met.