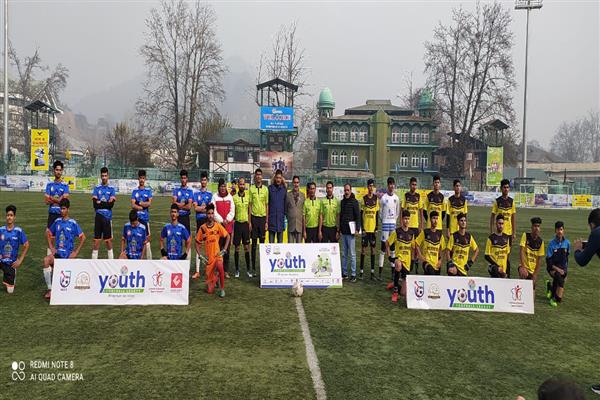 The second phase match of the League was played between Kashmir Avengers FA Sringar and SCFA Bandipora.

From the start of the game , both teams tried their best to dominate oposite team, while displaying extra ordinary football talent and man to man passing. However , it was SCFA Bandipora who eventually registered their victory in the game by defeating Kashmir Avengers FA by 3:1 goals.

Aqib Ayaz of SCFA Bandipora, was declared Man Of The Match for his brilliant performance in the game.

The League is first of its kind of initiative taken by NIFF for providing ample platform to junior age group players. Man Of the Match award carries cash prize of ?1500/- and a memento.

The Youth Football League is being organised by NIFF J&K in collaboration with J&K Sports Council and is being sponsored by New JK Roadways.