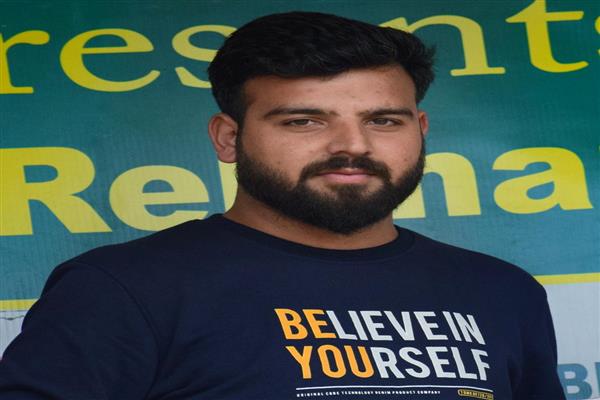 While many among us turn a blind eye on seeing society going astray, yet, there are always a few who not only act, but also inspire others with their noble actions.

The 26-year-old Nasir Sultan, a management student from HMT Zainakote area in Srinagar, and his group of friends are an example of this exclusive breed, who do an extra yard to fix the problems grappling the society.

After noticing the youth in their area were falling prey to the drug menace, Nasir and his friends did various things they thought could distract the youth from their drug addiction.

Among the many things the Samaritans tried included organizing cricket tournaments in the area to generate the interest among the youth toward the sports. Besides, though not professional, yet Nasir and his friends would counsel the young brains against doing drugs.

“Things were not easy initially, however, we were optimistic that our efforts would surely render good results and surely help in stopping the youth from going towards the death trap of drugs,” Nasir recalled.

If this was not enough, Nasir and friends would tag along the suspected youth who were suspected of dabbling with drug menace.

He along with friends continuously counseled the youth doing drugs and tried to show them the brighter side of life.

“We used to follow the youth whom we suspected to be involved in drug consumption. Directly or indirectly, we used to counsel them, and simultaneously used to sensitize their families about the issue”, Nasir adds.

Being a practical man, Nasir understands despite his little efforts, the issue is still there and not everything is hunky-dory now. Yet, this optimistic young-man believes that if everyone including the authorities and society would come together and sincerely pledge to end the menace, it would surely vanish.

“Jointly I believe the administration and society should take part proactively to stop this menace, because with this our young generation is becoming the victims. I fear if it is not stopped now the menace will be at its peak,” said Nasir.

He further adds that he along with his friends is going to continue the effort in the future and wishes a larger part of the society taking part in the initiative across the whole Kashmir so that there will be society free from this menace.