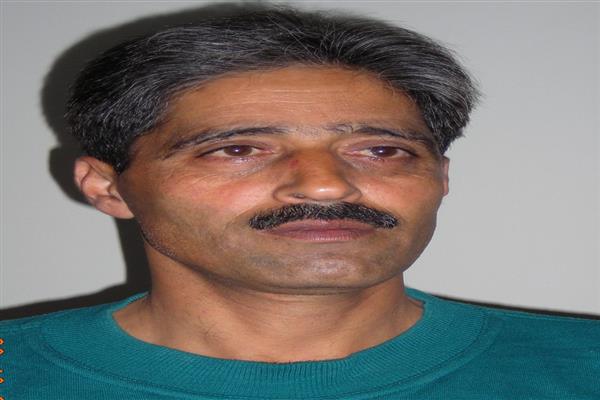 Chander Mohan Bhat, a resident of Murran village in South Kashmir's Pulwama district discovered passion for collecting postal stamps since his school days. For nearly four decades he went on to spend half of his monthly salary and now has a collection of 3 lakh postal stamps.

Talking to Rising Kashmir Bhat said he started collecting stamps in 1976  when he was a student at Mehjoor Memorial Higher  Secondary School, Pulwama.

"My father used to give me half a rupee (50 paisa) as fare for hiring a horse driven cart (Tanga) to reach the school. Instead I would travel by foot to save money.

“I would rush to Post office and purchase stamps from there during recess,” he said.

His infallible love for stamp collection continued through his college and University life as he nurtured his hobby with more vigour after getting a government job in the postal department.

"I have been purchasing stamps for half of my salary for the last 38 years," Bhat said.

"It is not possible to collect, handle and stock all these stamps. My collection is mainly Jammu and Kashmir based,” he said.

The philatelist has categorised his stamp collection into three groups.

"Special cover is a type of envelope released to commemorate a special event," he said, adding that the department earned a decent revenue by selling the special covers.

Other Philatelic material designed by him include stamp booklets, picture postcards, stamp cards and presentation packs.

Bhat is a member of “Indian Study Circle for Philately”, ``Bucks, England” and has some antique and rare stamps in his collection.

He said he is doing philately for hobby, knowledge, and also looks at it  as an investment option.

“It is a safe investment. If I lose the interest in philately I can auction my collection for some good amount," he said.