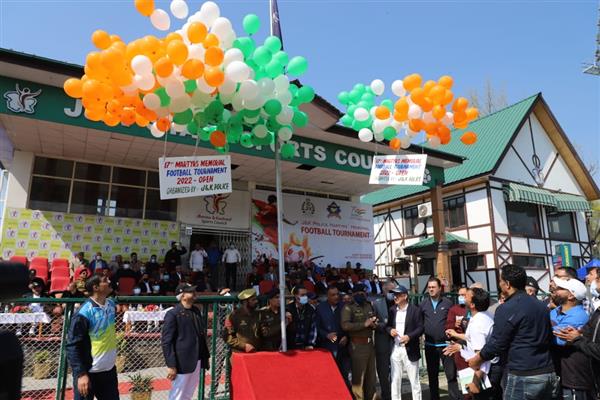 ADGP had detailed interaction with players and emphasised on promotion of sports to every nook and corner of J&K.

Earlier, ADGP Armed along with other officers and Association members visited the J&K Police Martyrs gallery and paid tribute to the brave soldiers who laid their lives for the nation.