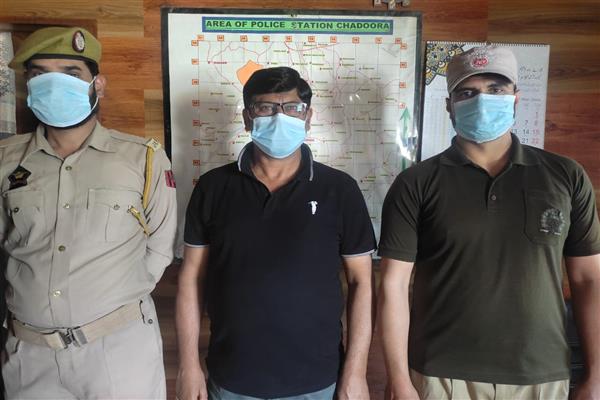 Police on Monday said that they have arrested the owner of a brick kiln in Magraypora area of Chadoora in central Kashmir’s Budgam district for negligence and non-compliance of administrative orders thereby endangering life and safety of labourers.

The accused has been identified as Mohammed Yousuf Mir son of Mohammad Akbar Mir, a resident of Chattergam, Budgam.

Police said that a case FIR number 102/2022 under relevant sections of law has been registered against the brick kiln owner at Police Station Chadoora and an investigation has been taken up.

On 2nd June, terrorists fired on two migrant labourers at the brick kiln resulting in the death of one of the labourer namely Dilkhush Kumar son of Narayan Rishidev, a resident of Gaon Ladugarh, Purina and another one was injured.

However, police have advised all the brick kiln owners and managers to strictly follow the guidelines issued by administration to ensure safety of the labourers working in their respective units.

“In-case of non-compliance or any negligence strict action is warranted under law,” police said.