Medicines to avoid during pregnancy 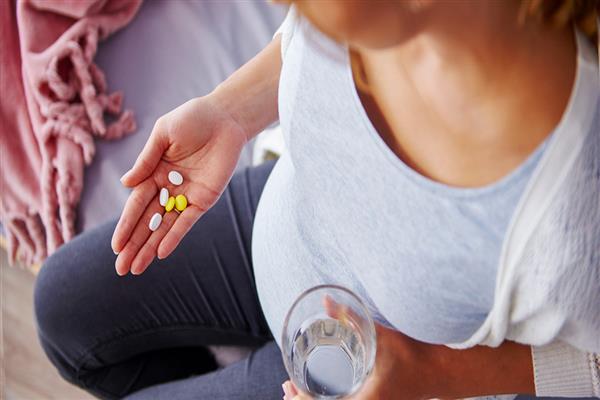 Self-medication and taking medicine on the advice of a person other than a doctor is the commonest trend nowadays which has proven very dangerous and detrimental. As a result of this practice, the patients reach the doctor with multi-organ failure like renal failure, hepatic failure and other issues.

To call self-medication a curse will not be wrong. This malpractice should be avoided as a whole, especially during pregnancy because some drugs are contraindicated during pregnancy. The pregnant lady should consult the doctor every time before taking any medicine to avoid damage to herself and her growing fetus in her womb.

With rules about pregnancy medications constantly changing, it can feel overwhelming to know what to do when you are feeling sick.

It usually comes down to weighing the benefits for a mother with a health condition – even one as simple as a headache — against potential risks to her developing baby.

The Problem: scientists cannot ethically perform drug testing on a pregnant woman. It’s not accurate to say a medication is 100 percent safe for a pregnant woman (simply because it’s never been studied or tested). Below is a sampling of a few of the drugs that we know pregnant women should avoid.

Antibiotics are often linked to adverse reactions in Pregnant Women.

Chloramphenicol is an antibiotic that's usually given as an injection. This drug can cause serious blood disorders and "Gray baby syndrome".

Intravenous chloramphenicol use has been associated with the so-called "Gray baby syndrome.

This phenomenon occurs in newborn infants because they do not yet have fully functional liver enzymes (i.e., UDP-glucuronyl transferase), so chloramphenicol remains unmetabolized in the body. This causes several adverse effects, including hypotension and cyanosis.

According to one study, Fluoroquinolones can increase the risk of aortic tears or ruptures. This can result in life-threatening bleeding. People with a history of aneurysms or certain heart diseases may be at an increased risk of side effects.

Fluoroquinolones may also increase the chances of having a miscarriage, according to a 2017 study.

Sulfonamides are a group of antibiotic medications. They’re also known as sulfa drugs. The majority of these types of drugs are used to kill germs and treat bacterial infections. They can cause jaundice in newborns. Sulfonamides also increase the chances of having miscarriage.

Trimethoprim or Bactrim/ Septran (Primsol) is a type of antibiotic. When taken during pregnancy, this drug can cause neural tube defects. These defects affect brain development in a developing baby.

It is well known that use of a tetracycline during the second or third trimesters of pregnancy can discolour the unborn baby's developing "milk teeth" and prevent the enamel from forming properly. This means that when the baby’s milk teeth come through, they might be stained grey, brown or yellow. However, the baby’s second set of "Permanent teeth" will be unaffected.

Tetracyclines taken in pregnancy accumulate in the developing baby’s bones and there are concerns that this may affect a baby’s bone growth because Tetracyclines have Chelating property that means they will chelate/ bind calcium in gastrointestinal tract therefore, calcium absorption will not occur hence, leading to "tooth and bone defect".

·        Can taking a tetracycline in pregnancy cause miscarriage?

A single study found that pregnant women taking doxycycline or minocycline may have a higher chance of miscarriage compared to women taking other types of antibiotics.

Primaquine is a drug that’s used to treat malaria. There isn’t a lot of data on humans who’ve taken this drug during pregnancy, but animal studies suggest it’s harmful to developing fetuses. It can damage blood cells in a fetus.

Codeine is a prescription drug used to relieve pain. In some states, codeine can be purchased without a prescription as a cough medicine. The drug has the potential to become habit-forming. It can lead to withdrawal symptoms in newborns.

High doses of this OTC pain reliever can cause many serious problems, including miscarriage, delayed onset of labor, premature closing of the fetal ductus arteriosus – an important artery, jaundice hemorrhaging for both mother and baby, necrotizing enterocolitis (damage to the lining of the intestines), oligohydramnios (low levels of amniotic fluid fetal kernicterus), a type of brain damage, abnormal vitamin K levels etc.

Most experts agree that ibuprofen is probably safe to use in small to moderate doses in early pregnancy. However, It’s especially important to avoid ibuprofen during the third trimester of pregnancy. During this stage of pregnancy, ibuprofen is more likely to cause heart defects in a developing baby.

Warfarin (Coumadin) is a blood thinner that’s used to treat blood clots as well as prevent them. It can cause birth defects. It should be avoided during pregnancy unless the risk of a blood clot is more dangerous than the risk of harm to the baby.

Lorazepam (Ativan) is a common medication used for anxiety or other mental health disorders. It can cause birth defects or life-threatening withdrawal symptoms in a baby after birth.

Many over-the-counter (OTC) drugs and prescription medications are classified by the United States Food and Drug Administration (USFDA) according to risk.

In the past, medications were assigned to five letter categories A,B,C,D and X based on their level of risk.

It was the safest category of drugs to take because controlled studies show no risk to the fetus in first and later trimesters.

Animal studies haven't shown adverse effects in fetuses, but there are no controlled studies in pregnant women.

Animal studies have shown adverse effects on fetuses and there are no controlled studies on women. Drugs in this category are given with caution — only if the benefit justifies the potential risk.

Evidence of fetal risk exists with animal or human studies. Drugs in this category may still be used if benefit overweighs risk for example in a life threatening situation.

In 2015, the United States Food and Drug Administration (USFDA) Or FDA started to implement a new labeling system for drugs.

One important note about the new labeling system is that it doesn’t affect over-the-counter (OTC) medications at all. It’s only used for prescription drugs.

Pregnancy exposure registries are studies that collect information about different medications and their possible effects on pregnant women, breastfeeding women, and their babies. These registries aren’t conducted by the FDA.

Women who are interested in participating in a pregnancy exposure registry can volunteer, but participation isn’t required.

The second subsection of the new label is titled “Lactation.” This part of the label includes information for women who are breastfeeding. Information such as the amount of the drug that will be present in breast milk and the drug’s potential effects on a breastfeeding infant is provided in this section. Relevant data is also included.

Females and males of reproductive potential

The third subsection of the new label is titled “Females and males of reproductive potential.” This section includes information on whether women using the drug should undergo pregnancy testing or use specific methods of contraception. It also includes information about the drug’s effect on fertility.

If you're not sure whether or not a medication is safe to take during pregnancy, ask your doctor. Also, ask about updated studies, as pregnancy drug labels can change with new research.