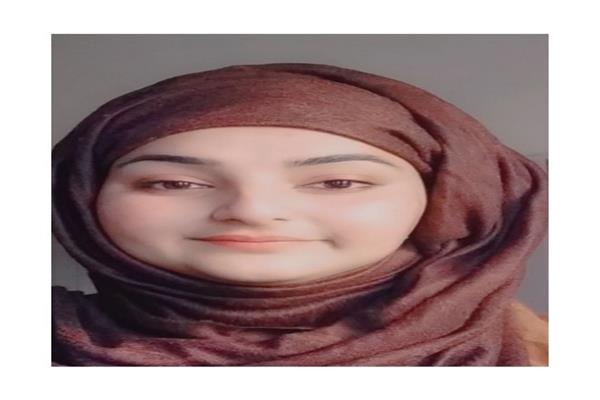 E=mc² is German-born theoretical physicist Albert Einstein’s equation on relativity and probably the greatest scientific discovery in history. Now, after more than a century passed since its publication, a 17-year-old girl from South Kashmir’s Kulgam district has penned down a poetry book on the famous scientific formula.

Bushra Nida, a resident from Kanipura village of Kulgam, has come up with the poetry anthology on Einstein’s equation.

“In the book, I have tried to simplify the formula by giving it a poetic form so that even a layperson can understand it easily,” Bushra, an award-winning author, said.

She said it is the first poetry book written on E=mc². She has even applied to get it registered in the Guinness Book of World Records.

“I have submitted the application and it has been accepted. The committee is now scrutinizing my claim. I am hopeful to get the title on my name,” she said.

This is the third book of the young author. She wrote her first book at the age of fifteen. Her first book ‘Tulips of feelings’ was about her stories of personal loss and ecstasy.

“At the time I wrote my debut book, my father was fighting a deadly disease. so I wrote it to make him feel proud of me,” she said.

Bushra’s second book is based on a periodic table titled ‘The Devy’. The book is about Helium Gas.

Booth the books have received national and international accolades.

Bushra said her third book is also receiving a positive response from the readers.

“I have been shortlisted for an invitation in the Royal Society of London as top three children authors in the world. I was also supposed to receive the Inspire Award Manak 2019 national award, but that got delayed due to COVID-19 pandemic,” she said.

Bushra said she was interested in science right from her childhood and it was her mother who encouraged her to write a rendition about different scientific formulas.

The award-winning author said she has divided her latest book into two parts- Einstein's life achievements and his E=mc² equation.

“It took me around three months to complete the book.  I had to do a lot of research to fully understand the formula and then give it a shape of poetry,” she said.

Currently, studying in 12th class, Bushra said she wants to pursue her career in science only.

“I do not know whether I will do MBBS or something else. But it will be something related to science only,” she added.

Einstein’s equation is not just an equation of destruction

But also an ultimate equation of creation.

Other side of equation tells us

Something else i.e amount of energy can be

Condensed back to back to mass.

When we drive our car

When we use mP3 player

E=mc² is that time in power.

From smoke detectors to exit signs

Work on equation of Einstein.