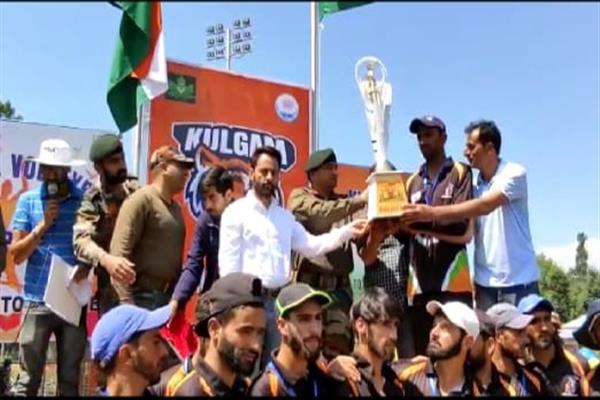 Around 16 teams comprising 256 players of District Kulgam participated in this tournament and entertained spectators with their cricketing skills.

The participating 16 teams were divided into 04 pools and from each pool one team qualified for the semi-final on a point basis.

Elegant Stars Kulgam chased the target and won the final match by 4 wickets.

As per an official, the motive of the tournament was the selection of the District team to participate in the Inter-District Kashmir Premier League 2022.

Commander 2 Sector A S Pundir was the chief guest in the prize distribution function. He distributed prizes and medals among the winners and runner-ups.

Speaking on the occasion, AS Pundir said that the Army is committed to encouraging sports in all forms and hoped that the participants of this tournament would in the future lead the team at the national level and even at the international level.