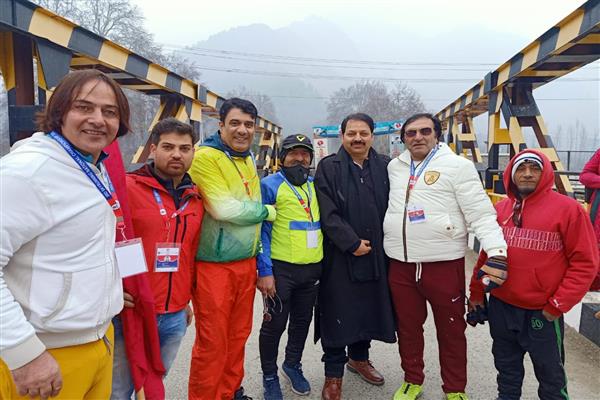 The run started at 11:AM in the morning and culminated at 1:15 PM afternoon.

In Veteran's women category Mehvish got first place while as Anjum Verma And Sarita achieved the second and third place respectively.

On the velidectory cermony Secretary Sky Running Association of India Kuldeep Patil was Chief Guest and who also awarded certificates and medals to the winners.

While speaking on the occasion Patel appreciated the efforts of organisers and vowed for the full support for Sky Running as Adventure Sport and ensured on conducting similar events at Gulmarg, Pahalgam, Yousmarg soon.

He said valley’s athletes are second to none and every time they proved their metal at domestic as well as at international level.
"Hats off to participants for making it to the venue to attend the toughest considered running event in chilling cold," he said.

On the occasion Prisident JKSRA Dr. Anwar Hussain Nagoo enlightened the guests with the previous achievements and future plans of the association.