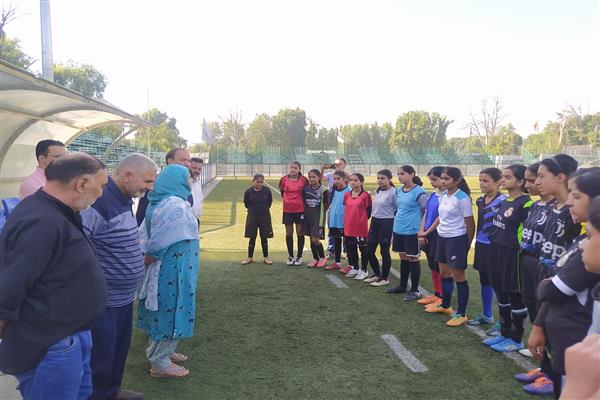 As per the official the screening of the team was done under the supervision  of Nusrat Gazala, Sports Officer Central, J&K Sports Council on June 14 2022 (Tuesday) at Synthetic Turf TRC Srinagar.

Official added that a total 20 girls from both the divisions of J&K (UT) were selected among the earlier shortlisted  24 players to represent J&K in the championship.

Official said , the selected players of both the provinces (J&K) attended the 21 days coaching camp at TRC Srinagar which commenced on May 25th and concluded on June 14th, 2022.

Nadiya Nighat will accompany the team as Coach, Dr. Ritasha Bharti as Physio and Masood Maqbool as Manager.

The team shall play thier first game against Tamil Nadu on June 22, will lock horns with Rajasthan on June 24, and will battle with West Bengal on June 26, 2022 in group H of the championship, consisting of four teams.