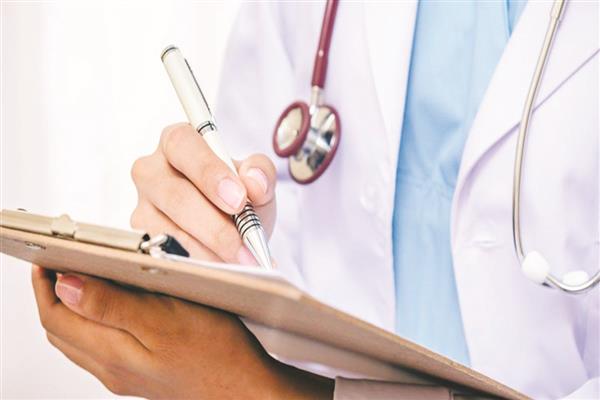 Be it immunization, Tuberculosis elimination or controlling child mortality rate, Jammu and Kashmir has emerged as a great performer in the overall health sector.

One of the biggest challenges the healthcare system of J&K faced was the COVID-19 pandemic. Due to this pandemic, the whole health mechanism was affected. But due to the efforts of the healthcare workers and administration, the UT came back to normal functioning. And it was the vaccination drive which stopped the spread of covid to some extent.

The vaccination was the topmost priority of the government and all efforts were made to achieve an objective of vaccinating 100 per cent population in the shortest time possible, keeping in mind the availability of resources and vaccine doses. Jammu and Kashmir completed the 100 percent inoculation of the first dose of vaccine to children between 15–17-year age group and 76% second jab of covid vaccine also.

Over 1 lakh 80 thousand children between 12–14-year age groups have been administered with the first dose of vaccine in J&K since March 16 to March 31.

As per the official data, nearly 5,99,700 children between 12-14 age group are supposed to receive the covid jab. Out of them over 1,77,720 children have been administered with the first dose of vaccination till date.

Besides that, Jammu & Kashmir emerged as the leading performer in terms of incremental performance, while on overall health performance, the UT is categorised as an aspirant which has substantial scope for improvement.

In incremental performance, J&K is ranked at number second position with a score of 9.55 out of 15. In J&K, nearly 60 percent of the indicators were in the improved/most improved/fully achieved category so far as the Incremental Performance from the Base Year (2018-19) to Reference Year (2019-20) was concerned.

" We don't have a private health sector here. But the government health sector provided the best health care services to the people. For one and a half years, the government has upgraded the healthcare facilities in the valley. Director Health Services Kashmir has been on toes and visited different district hospitals. He upgraded the facilities and work culture. It is all due to the team work which resulted in significant improvement of health services in the UT," he said.

Jammu and Kashmir has also shown a sharp decline in the number of TB cases from the last few years. A report issued by the Ministry of Health and Family Welfare under the Government of India’s National TB Elimination Programme for the year 2021, says that three districts from Kashmir division – Anantnag, Kupwara and Pulwama – have shown 60-80 percent reduction in TB cases in the last five years and have secured gold medals under the programme.

According to the doctors, by 2025, there will be less than 44 cases per lakh population. All the districts except Srinagar have completed that target.

According to the report, around 165 persons per 1,00,000 are assessed to have medically-treated Tuberculosis in the UT.

Recently, a report prepared by the Health & Medical Education Department revealed that the Kashmir division performed well in all key health indicators.

According to the report, eight districts of Kashmir division have emerged as leading performers, by fulfilling all the parameters. Among all the districts, Kulgam has scored 68.5 out of 100, which is highest in the whole Jammu and Kashmir.

Srinagar has scored 9 out of 10 in Institutional deliveries, in Cancer screening, the district has scored 8 out of 10.