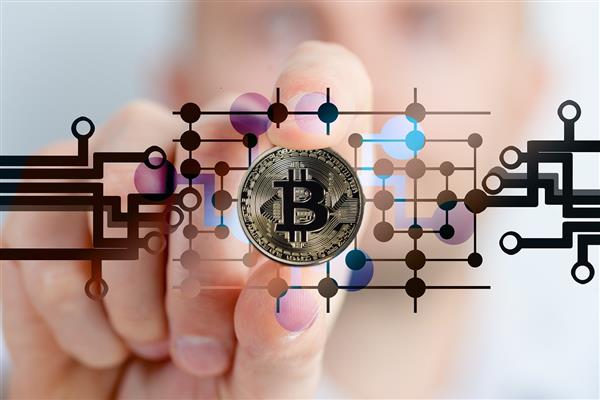 Cryptocurrency, sometimes called crypto, is any form of currency that exists digitally or virtually and uses cryptography to secure transactions. Cryptocurrency is a digital payment system that doesn't rely on banks to verify transactions. Instead of banknotes or coins, cryptocurrency payments exist completely as digital entries in an online database. It is a peer-to-peer system, enabling people to send and receive payments globally without any centralized authority. (A peer-to-peer system is a computer network that enables peers to share network resources, in a decentralized manner). Cryptocurrency is stored in digital “wallets” that are secured with strong encryption.

Cryptocurrency received its name because it uses encryption (crypto) to verify transactions. This means advanced coding is involved in storing and transmitting cryptocurrency data between wallets and to public ledgers. Encryption aims to provide security and safety. Cryptocurrencies function on a distributed public ledger called blockchain which is a record of all transactions updated and held by currency holders.

How does it work?

Units of cryptocurrency are created through a process called mining. A process in which complicated mathematical problems are solved using computer processing to generate (cryptocurrency) coins. Users can also buy the currencies from brokers or other users, then store and spend them using cryptographic wallets. For example, User A can send a certain number of cryptocurrency units to User B in exchange for tangible goods, like a phone, a diamond, or even a burger.

How many cryptocurrencies are there?

There are thousands of cryptocurrencies. Some of the best known include:

Bitcoin: Founded in 2009, Bitcoin was the first cryptocurrency and is still the most commonly traded. The currency was developed by Satoshi Nakamoto – widely believed to be a pseudonym for an individual or group of people whose precise identity remains unknown. The February 2022 value of 1 Bitcoin in India is around ? 29.8 Lac.

Ethereum: Developed in 2015, Ethereum is a blockchain platform with its own cryptocurrency, called Ether (ETH) or Ethereum. It is the most popular cryptocurrency after Bitcoin. The February 2022 value of 1 Ethereum Coin in India is around ? 2.14 Lac.

Litecoin: This currency is most similar to bitcoin but has moved more quickly to develop innovations, including faster payments and processes to allow more transactions. The February 2022 value of 1 Litecoin in India is around ? 8,738.

Ripple: Ripple is a distributed ledger system that was founded in 2012. Ripple can be used to track different kinds of transactions, not just cryptocurrency. The company behind it has worked with various banks and financial institutions. The February 2022 value of 1 Ripple Coin in India is around ? 48.

Dogecoin: Dogecoin is a cryptocurrency created by software engineers Billy Markus and Jackson Palmer, who decided to create a payment system as a "joke", making fun of the wild speculation in cryptocurrencies at the time. It is considered both the first "meme coin", and, more specifically, the first "dog coin".

This cryptocurrency was made famous by Elon Musk, who helped it gain more value on several occasions by tweeting about it. Also known as the “Elon Effect”, the trend of value-boosting of crypto is becoming a bane (and a boon to some) who deal with cryptocurrencies. The February 2022 value of 1 Dogecoin in India is around ? 11.

Non-Bitcoin cryptocurrencies are collectively known as “altcoins” to distinguish them from the original.

How can I buy crypto?

Anyone (above 18 years of age) in India can trade cryptocurrency. Kaspersky and globaledge.msu.edu provide plenty of valuable information about the whole process in case you need to dig deeper.

The first step is deciding which platform to use. The options are:

Traditional brokers: The brokers offer ways to trade cryptocurrency, as well as other financial assets like stocks, bonds, and ETFs. These platforms tend to offer lower trading costs but fewer crypto features.

When comparing different platforms, consider which cryptocurrencies are on offer, what fees they charge, their security features, storage and withdrawal options, and any educational resources.

As per GoodReturns.in, the best platforms to buy cryptocurrencies in India are:

Once you have chosen your platform, the next step is to fund your account so you can begin trading. Most crypto exchanges will allow you to purchase crypto using fiat (i.e., government-issued) currencies such as the US Dollar, the British Pound, or the Euro using your debit or credit cards – although this varies by platform.

Crypto purchases with credit cards are considered risky, and some exchanges don't support them. Some credit card companies don't allow crypto transactions either. This is because cryptocurrencies are highly volatile, and it is not advisable to risk going into debt — or potentially paying high credit card transaction fees — for certain assets.

An important factor to consider is fees. These include potential deposit and withdrawal transaction fees plus trading fees. Fees will vary by payment method and platform, which is something to research at the outset.

Hackers can gain access to your crypto wallets or breach entire cryptocurrency exchanges to steal your holdings. That’s why it’s essential to store your crypto in a safe place and practice good digital security habits.

Cryptocurrency exchanges and third parties offer storage for your coins through hot wallets, which are secure, but still online (and therefore still susceptible to hacking). Crypto held on an exchange or in a wallet is not FDIC-insured like money in the bank. Make sure you trade and hold your crypto on a platform that offers robust security measures — including keeping a significant number of holdings in its cold storage and two-factor authentication for users. Some exchanges may even have private insurance policies in case of theft or hacking.

For the best protection against online fraud, many experts recommend cold storage through an offline device not connected to the internet, like a USB drive. But even cold storage comes with risks, like the possibility of losing access to your investment completely if you forget your password.

Effects of cryptocurrencies on the market.

Much of the interest in cryptocurrencies is to trade for profit, with speculators at times driving prices skyward. Cryptocurrency provides many incentives for entrepreneurs across the globe by making it easier for them to reach international markets and decrease their dependency on the local ones. This has allowed manufacturers/sellers to create trustworthy relationships with markets of the developing nations. During the last three months of 2020, each day saw an average of 287 thousand confirmed Bitcoin transactions worldwide.

This new form of currency still has disadvantages that have prevented it from going to the next level. One of the major issues with online currency is the failure to protect buyers. Because the sites are against using a third party to delegate transactions, some buyers are left scammed. Currencies such as Bitcoin are only accepted by a very small group of online buyers. So, the scope of usage of crypto is going to remain narrow for a while.

Cryptocurrency has provided a new technology-based way to do business. The market has brought about many new buyers and allowed for international trade to happen more smoothly. Even though the market has been on the rise, it has ways to go before it can take that next leap to be a more widely used form of currency. For now, crypto remains a volatile, high-risk investment for people who have a lot of spare cash to play around and see what works.

Finance minister , Nirmala Sitharaman announced on February 1 that income from digital asset transfer will invite tax at the rate of 30 per cent. She made clear that no deductions or exemptions, except the cost of acquisition, will be allowed. She also said that crypto gifts will be taxed at the same rate on the side of the receiver. This brought a big clarity to those trading in the emerging industry.

While the government did not specifically refer to crypto coins, it has classified them and related sectors powered by blockchain technology – like NFTs – as digital assets. And hence this new taxation regime is being simply called the “crypto tax”.

Many see the finance minister's announcement as an acknowledgment of the crypto industry as an emerging asset class.

A day after announcing taxing such transactions just the same as winnings from gambling, the Indian government said it doesn't treat trading in crypto assets as illegal.

“They are in a grey area. It's not illegal to buy and sell crypto,” Finance Secretary T. V. Somanathan said in an interview to Bloomberg Television. “We have now put in a taxation framework that treats crypto assets the same way we treat winnings from horse races, or from bets and other speculative transactions.”

This article is not aimed to encourage anyone to trade in crypto nor dissuade them from it. This is just some important information that you need to have before you think of investing your money in crypto.

(About the Author: Sheikh Owais is Learning and Development Specialist at iQuasar Software Solutions. He can be reached at sheikhowais@my.com )