Inform on functioning of DCDRF: J&K HC to Government 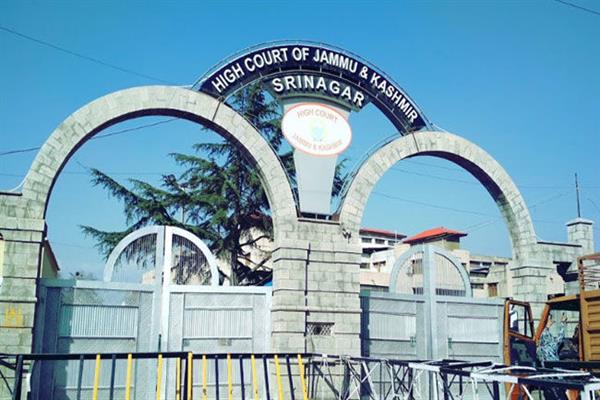 Srinagar, June 4: The High Court of Jammu & Kashmir and Ladakh directed the government to inform it regarding the progress of constitution and functioning of the District Consumer Disputes Redressal Forum (DCDRF).

Hearing a Public Interest Litigation (PIL) seeking constitution of Commission and District Consumer Forums in J&K and Ladakh, a division bench of Chief Justice Pankaj Mithal and Justice Dhiraj Singh Thakur directed the government counsel to file a status report on the matter.

Previously, the court had directed the government to file an affidavit indicating the steps taken for ensuring constitution of these commissions for mitigating the miseries of the litigants.

The government had informed the court that the process for constitution and functioning of the Consumers Courts under the Consumer Protection Act, 2019 is at an advanced stage.

Earlier, the government had wind up the State Consumer Disputes Redressal Commission and District Consumer Forums after the implementation of Jammu and Kashmir Re-organization Act, 2019 in J&K on October 31, 2019.

The litigation filed by Nasir Niyaz Najar through counsel Syed Faisal Qadri stated that a large number of consumer disputes which were pending disposal before the State Consumer Disputes Redressal Commission and District Consumer Forums of J&K and Ladakh were transferred to the Consumer Department.

He had further submitted that under the widening up process all the Presidents of District Consumer Forums, who were on deputation as District Judges at Srinagar and Jammu were repatriated to the High Court and the cases are left without forums.

“In addition 2500 cases are closed which are pending before the State Commission,” he had said before the court.