In a bid to train people in Swimming, Imran from Srinagar opens a swimming learning Centre

Pained to see deaths happening due to drowning, Jhelum is not the right place to learn swimming 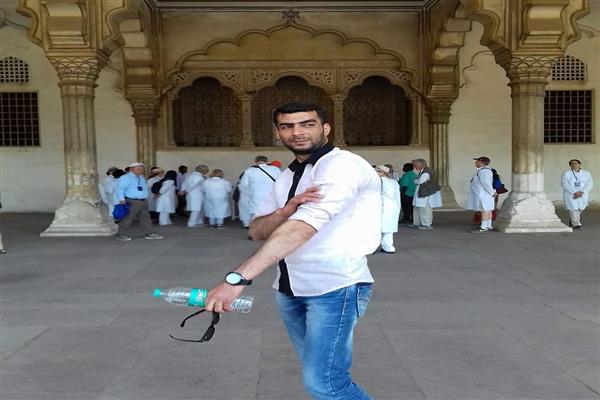 Srinagar, July 08: Imran Majid Khan, a resident of Srinagar sets up a first-of-its-kind swimming pool at Tankipora Srinagar where he has plans to train both, males and females for swimming.

Khan, a B.Tech pass out from Kashmir University belongs to a business family and has been assisting his father in the real estate business from an early age.

What prompted him to come up with this idea was the 2014 floods and the recent frequent drowning incidents in the valley. “2014 horrific flood pictures never fade out of my sight, as I was among the various rescue teams during the floods. I saw families waiting for others to help them as none among them was acquainted with swimming,” Kahn said.

Imran while speaking to Rising Kashmir said that he is pained by the frequent deaths due to drowning incidents. By taking this initiative of teaching swimming, Khan aims to train people for swimming.

Pertinent to mention here that there are few swimming pools available in the valley which are either costly or not accessible to everyone. Usually, the ill-trained boys swim in the local rivers, especially in Jhelum which sometimes becomes a cause for drowning.

“Jhelum river is not an idle place to learn swimming, many incidents of drowning are being reported from the river. The purpose of the initiative is to make people self-dependent when it comes to swimming so that lives could be saved,” he said.

Khan said that to channel his efforts into a more viable form, he plans to take the help of the Jammu and Kashmir Sports Council to rope in people for the swimming classes.

However, as of now, there are no tariffs decided by Khan, he said that he will soon come up with certain plans. He, however, said the entry to the swimming pool as of now is not restricted as they are yet to finalize the operational modalities.

Imran said that he also owns a restaurant along with the new venture of the Swimming pool.