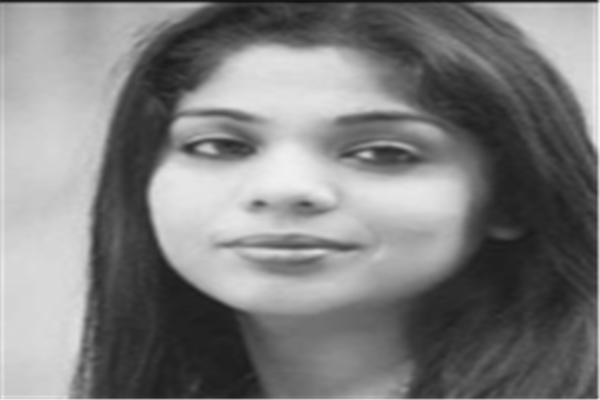 The Indian Himalayan region is an abode to varied rare and endemic bio–resources. The therapeutic potentials of the medicinal plants have been tapped by the local communities in traditional medicines since time immemorial. These plants have provided people living in remote localities of mountains an effective antidote. A few plants of high medicinal importance have been listed below:

It is an indigenous medicinal herb belonging to the family Ranunculaceae, commonly known as Atis or Ativihsa. It is native to Himalayas and is found in Kashmir, Uttarakhand, Sikkim and Nepal. The herb is known to be extremely toxic and possesses many pharmacological properties, such as its alexipharmic, anodyne, anti-atrabilious, anti-flatulent, anti-periodic, anti-phlegmatic, carminative, anti-oxidative and anti-inflammatory.  The underground root and shoot is used in the tradition Indian medicine system for curing malaria, dyspepsia, abdominal pain, diarrhea and diabetes. Furthermore it is used aphrodisiac to treat patients with reproductive disorders. The root powder mixed with honey is used to cure cough and bronchitis, it is potent against guinea-worms and thus used as anthelmintic. It is also an antidote against scorpion and snake poisoning.

It is a high valued medicinal herb belonging to family saxifragaceae and is commonly called “Pashanbheda” (Stone-breaker). It is found growing wild on rocks and stones in temperate Himalayas ranging from Kashmir to Bhutan. It is known to contain a phenolic compound bergenin and the drug formulation is obtained from rhizome. B. ligulata posses cooling, laxative, analgesic, abortifacient, aphrodisiac properties and used in treatment of vesicular calculi, urinary discharges, excessive uterine haemorrhage, diseases of the bladder, dysentery, menorrhagia,  splenic enlargement and heart diseases. B. ligulata have been used externally for cuts, boils, wounds and burns; its oral infusion for the treatment of dysentery. The magic property of dissolving bladder and kidney stone has made it popular worldwide.

It is a perennial rhizomatous herb belonging to the family Zingiberaceae, commonly called as “spiked ginger lily”. It is found in temperate regions, all across the Himalayas. In traditional medicine systems, it is described as having pungent, light, bitter, strong, heating properties. It is widely used in treating inflammation, pain, asthma, foul breath, vomiting, diarrhoea, bronchitis and blood diseases. The rhizome of the species is known to possess many valuable and medicinally important compounds, such as labdane terpenes, hedychinone and polyphenols. The powder and decoction of the rhizome are used for a variety of conditions. In fact in areas of Uttarakhand the rhizome is also chewed by the inhabitants to clean their mouths and freshen their breath.

Picrorhiza is a plant of Himalayas growing at an elevation of 2700-4500 m from Kashmir to Sikkim. It is commonly known as Kutki and belongs to family plantaginaceae. The root and rhizome is known to have high medicinal value. The herb is traditionally known to possess hepatoprotective properties and hence been used to cure liver damage, cirrhosis, and inflammation. Further, it is also used in the treatment of upper respiratory tract disorders, fevers, and dyspepsia, chronic diarrhea, and scorpion sting. Due to its remarkable medicinal properties, it has been harvested to near extinction.

It is a perennial herb found in the Himalayas. It is commonly known as Himalayan Mayapple and belongs to family Berberidaceae. It has reportedly used since ages to cure intestinal purgative and emetic, salve for infected and necrotic wounds and inhibit tumor growth. The rhizome of the plant contains a resin, known as Indian Podophyllum Resin, which is processed to extract podophyllotoxin or podophyllin which is a neurotoxin and high valued anti cancerous drug.

It is an endangered, high medicinal valued, multipurpose herb of northwest alpine and sub alpine Himalayas belonging to family Polygonacease. It is commonly called “Himalayan Rhubarb” and extensively used in Unani medicine system. Traditionally, it known to cure ailments related to the circulatory, digestive, endocrine, respiratory and skeletal systems. Most importantly it is known to cure cancer. It is also used for blood purification and menstrual troubles. The herb contains diverse bioactive secondary metabolite constituents, particularly anthraquinones and stilbenoids.

Formely known as Saussurea costus is a critically engangered medicinal plant native to South Asia and China. In India, it is endemic to sub alpine regions of western Himalayas. It is commonly called “Kuth” and belongs to family Asteraceae. The root of the plant is the key part used for indigenous medicinal purposes. It is used to cure ailments like asthma, inflammation, ulcers and stomach problems. In Ayurveda, its different preparations are used for the treatment of persistant nematode infection, malaria, leprosy, persistant hiccups. The root oil is used in perfumery since ancient times.

It is a well-known endangered tree species native to temperate Himalayas belonging to family Taxaceae. It is commonly known as “Himalayan Yew” or thuner. Its leaves and barks are a source of highly valued anti-cancerous drug Taxol used particularly in the treatment of breast and ovarian cancer. Apart from that, it has been used by the natives for treating common cold, cough, fever, and pain. As poultice, it is used locally on the infected wounds and burns.In Unani medicine, the drug zarnab is extracted from the tree which is used as a sedative and aphrodisiac. In ayurveda, the young shoots of plant is utitlised to prepare a tincture form treatment of giddiness, feeble and falling pulse, coldness of extremities and diarrhea.

It is a comparatively less explored perennial medicinal flowering herb of northwest Himalayas. It belongs to family Ranunculaceae and commonly called “Mamera”. The species produce variety of alkaloid. Its root extracts are traditionally used as a tonic, antiperiodic, diuretic, febrifuge, purgative and stomachic and for treatment of snakebite, jaundice and rheumatism. In Unani, its tonic is used to improve eyesight and relieve toothache. Punded roots are eaten to cure malaria fever.

It is a high-altitudinal perennial, aromatic herb native to Himalayas belonging to the family caprifoliaceae.  It is commonly known as “Tagar-ganthoda” and belongs to family. The rhizome is used in medicinal purposes since ancient times. It is known to possess important valepotriates and is a good source of flavones or flavone glycosides, lignans, sesquiterpenoids or sesquiterpenoid glycoside, bakkenolide type sesquiterpenoids and phenolic compounds. The species is used in traditional and modern medicines as sedative, neurotoxic, cytotoxic, antidepressant and antioxidant. The species is known to cure obesity, skin diseases, anxiety, insanity, failing reflexes, hysteria, neurosis, sciatica and snake poisoning.