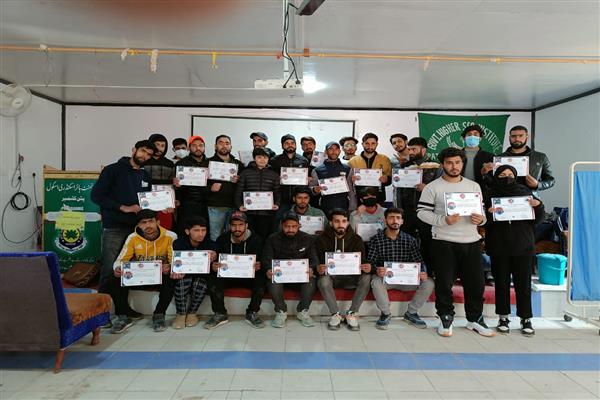 More than 50 boys and girls participated in the seminar.

General Secretary FSLD Kaiser Afzal told Rising Kashmir that various important things were discussed in the seminar with regard to promotion of sport MMA at grassroot level in Baramulla district.

"The format of Sport MMA is also known as 'Ishudo' and was created by Indian MMA pioneer Daniel Isaac," he said, adding that they are fully devoted in promotion of MMA sport in baramulla.

"Sport MMA is associated with All India Mixed  Martial Arts Association and we are giving chance youngsters come and join with us,'' he said,and added,

"Sport MMA is a competition sport format of Mixed Martial Arts which allows 'controlled strikes' as opposed to the 'full contact' nature of existing amateur and professional MMA fights."

He added FSLD provides a platform for kids and teenagers including both male and female to train and compete within a safe environment of the sport while training in all the different aspects of real MMA namely striking, takedowns and ground fighting.

"We are not taking away anything from the true nature of 'Mixed Martial Arts' rather solidifying its concepts through a scoring and point system easy to understand to the masses," he claimed.