Fire breaks out at SMHS hospital 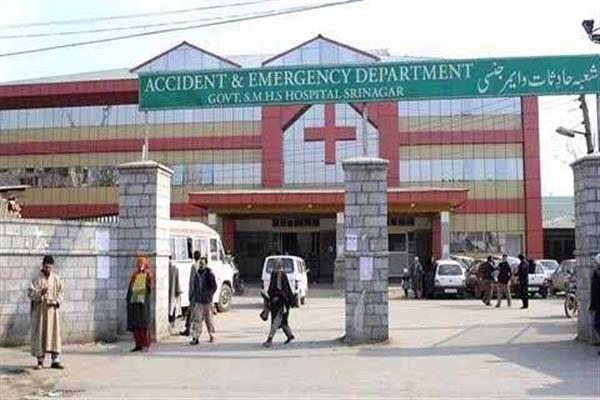 Srinagar, June 11: A massive fire broke out on Saturday afternoon at SMHS Hospital resulting in damages to a portion of a hospital building.

According to the officials, soon after the fire engulfed the building, the patients were moved to safer places, adding that no one was injured in the incident.

Eye witnesses told Rising Kashmir that soon after the flames erupted in the building, panic gripped in the whole hospital. Adding the attendants present there swung into action and were immediately joined by the firemen.

An official from Fire and Emergency Services (F E & S) said the first floor of Ward 16 store room caught fire in which the door, two windows, wheelchair, and bedding items were partly damaged, and we rushed on time to save it from the big mishap.

Medical Superintendent Kanwal Jeet Singh told Rising Kashmir that the fire broke out because of a lit cigarette.

He further said the fire has been put out, no injuries have been reported, patients are safe and everything is normal in the hospital.

It is to be mentioned here that fire incidents in Srinagar are witnessing a steep rise and more than 200 structures have been gutted in the past few months.

While an official of the fire and emergency department said the cause of the fire was not immediately known.