Depression on rise in elderly population 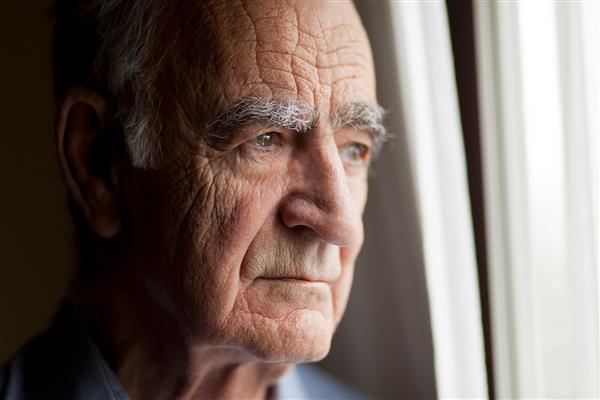 Saleema Noor (name changed), 70, is a widow for the last four years. She is not attended by any of her relatives, while her lone son has also moved to a foreign country for a job. The loneliness has taken a toll on her mental health and she is now dependent on antidepressants and other medications.

“It is hard to live alone. I don’t want to leave my home as I have memories of my husband here,” she said.

Before Noor’s husband died of Chronic Obstructive Pulmonary Disease (COPD), the duo used to go out together for jogging or visiting different places.

“My son sends me enough money but every time only money cannot help me to get out of my loneliness and anxiety,” she said.

Like Saleema, there are other widows and old age people who are suffering from anxiety, depression and other mental health issues in Kashmir.

The Institute of Mental Health and Neuroscience (IMHANS), Srinagar receives 60 elderly patients every day with different mental ailment cases and the number is increasing every day.

“The elderly population is suffering badly. We have seen delirious illness which is a confusing state and post covid dementia among elderly people.  Loneliness can have a negative effect on elderly patient’s mental health,” Dr Yasir Hussain Rather, psychiatrist at IMHANS told Rising Kashmir.

He said that elderly people are facing different issues like neurodevelopmental disorders, depression and anxiety, dementia, and new onset dementia.

In addition, the lockdowns imposed after the outbreak of COVID has affected the income of many families which in turn has badly affected their mental state. 60-year-old Ghulam Mohammad (name changed), a resident of the old city is finding It difficult to meet the basic needs since the outbreak of COVID-19. He was selling fruits on a cart but his financial conditions weakened further due to the pandemic, which in turn affected his mental health.

Dr. Mohammad Maqbool Dar, HOD Psychiatry, IMHANS, told Rising Kashmir that loneliness creates stress and increases the hormones inside the body which decreases the immunity of a person leading to serious ailments.

“Elderly people often suffer from emptiness syndrome. Loneliness and social isolation are often found in posh areas of the Valley,” he said.

The doctors said that the mental issues in late life contribute to significant morbidity. “Mental illness in late life could be due to long-standing psychiatric disorders with onset in early life or with late onset after the age of 60 years,” they said.

Age is an important determinant of mental health. Old age is a period of transition when one has to deal not only with the physical aging, but also with the challenges affecting the mental and social well-being. Due to normal aging of the brain, deteriorating physical health and cerebral pathology, the overall prevalence of mental and behavioral disorders tends to increase with age.

Disability arising due to various illnesses, loneliness, lack of family support, restricted personal autonomy, and financial dependency are other important contributing factors for higher prevalence of mental and behavioral disorders.

Dr. Umar Jan, a Neuropsychiatrist told Rising Kashmir that among the various mental disorders, depression accounts for the greatest burden among elderly. “Depression decreases an individual's quality of life and increases dependence on others. If depression is left untreated, it can have significant clinical and social implications in the lives of the elderly,” he said.

Dr Jan said that early recognition, diagnosis, and initiation of treatment for depression in older people present opportunities for improving their quality of life, preventing suffering or premature death, and maintaining optimal levels of function and independence. “Early diagnosis and effective treatment of depression in old age can also lead to significant reduction in mortality due to suicide and medical illnesses, and health care costs,” he said.

He further said that at District hospital Ganderbal, since 2019, elderly (both male and female) patients come into OPD with severe insomnia, fear of death, low mood, lack of appetite, multiple joint pains and somatization.

“Major depression, dysthymia (long standing depression) and bipolar depression are very common among elderly people in Ganderbal. So, it's mandatory for them to see a psychiatrist at an earliest to improve their quality of life,” Dr. Jan said.

In India, 30 percent of the 103 million people above the age of 60 display symptoms of depression, according to a recent government survey. It is estimated that 8.3 per cent of the country's elderly population have probable major depression. This means, one in every 12 elderly persons in the country had depression.

The prevalence figure is 10 times higher than the self-reported diagnosed depression of 0.8 per cent in the elderly population, pointing at the burden of undiagnosed cases, the report said.

Among the people who are 45 to 59 years of age, 26 per cent show depressive symptoms.

According to the findings of the Longitudinal Ageing Study of India (LASI) released by the health ministry, one in five elderly persons in India has mental health issues. Around 75 per cent of them suffer from a chronic disease. And 40 per cent have one or other disability.

The survey found that more than one in 10 people aged 60 and above have “probable major depression”.

Growing at around 3 per cent annually, the depression in elderly people will rise to 319 million in 2050 from 103 million in the 2011 census, according to estimates by the UN Population Division, 2019.

The prevalence of probable major depression among those aged 60 and above (8.3%) was found to be 10 times higher than the self-reported prevalence of diagnosed depression. More women suffered from depression than men in the rural areas.

More than two-fifths of those aged 60 and above, who are either currently working or had worked in the past, reported having work-limiting health conditions.

According to Dr Yasir Hassan Rather, psychiatrist at Institute of Mental Health and Neuroscience (IMHANS) older people are more vulnerable to mental health issues and that is the reason they don’t just need medication once the mental health disorder has developed, but they need to follow preventive behaviors for better mental health.

In old age, as there is less occupational work or household work, a lot of free time is available, so they need to keep themselves preoccupied.

In this age, as feeling depressed is one of the major complaints, people should be more interactive in the family, engage in conversations and should not isolate themselves. Being quiet or isolated can trigger the depression spiral in them.

Exercising regularly is one of the best things you can do for your mental health. It increases your body temperature, which can have a calming effect on the central nervous system. It also releases chemicals like endorphins, which can boost mood besides reducing immune system chemicals that may worsen depression.

Having a strong support system and an active social life is important for our mental health. Make sure that you’re regularly connecting with friends and family, even when your lives are busy. Being part of a friend network gives you a sense of belonging and self-worth, which can help you in tough times.

Not all stressors are within your control, but some are. Being selective about what you take on — and saying no to things that will unnecessarily add to your load — can reduce your stress levels.

If you’ve already experienced one depressive episode, there’s a decent chance you’ll experience another. That’s why maintaining your treatment plan is so important. You should always take medications as advised by your doctor and should never stop them abruptly. Having 'follow up' visits is equally important.

Get plenty of sleep

Getting plenty of high-quality sleep is necessary for both mental and physical health. To get better sleep, you should look at any screens for two hours before bed (including your phone) and avoid caffeine in the afternoon.

Unhealthy diet can deprive your body of vital nutrients which are needed to maintain physical and mental health. One should take balanced meals with lean proteins, lots of fruits & vegetables and should reduce high sugar & high fat foods.