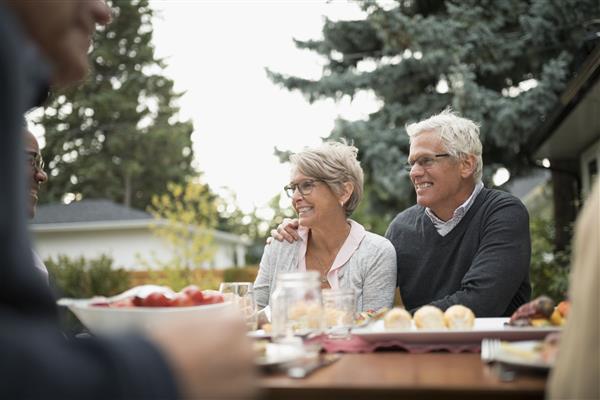 Retirement might seem like a well-deserved rest after a lifetime of working hard. All those years of waking up early at the ring of the alarm, the humdrum commute to the office, incessant meetings and relentless deadlines – coming to an end. Life instantly starts to look less complicated and more peaceful.

Many people nearing their retirement age spend a lot of time picturing it – they imagine traveling the world, spending more time with family and friends, pursuing hobbies and interests they were not able to while working, and simply relaxing.

Initially, the end of the daily grind and work stress can make one feel a sense of great relief. However, soon after retiring, many people start to feel the novelty of being on a permanent vacation wear off (Lawrence Robinson and Melinda Smith, 2021). The most prominent psychological effect of retirement is a sense of a loss of identity. Since career roles are associated with status, identity, power, and money this transition can be felt as a potential period of crisis. Being a doctor, engineer, banker, teacher for decades and then suddenly retiring from that position can be disconcerting and leave the retiree grappling with the absence of a major source of identity. Questions like, “Who am I now? And “What do I do from here on out?” impinge upon the person constantly.

Apart from a sense of loss of identity, retirement is accompanied by many other basic life changes, like:

·       Time availability: The retiree finds plenty of time on their hands, now that their work does not take up a significant chunk of their day. They might find it difficult to fill up their day with meaningful activities, and even more difficult to stick to newly formed routines. A sense of inactivity and stagnancy can fill up the gaps of free time in their day, causing aimlessness and discontentment.

·       Income streams: A significant decrease in income can be followed by a period of mismanagement of finances and worry about expenditures that were previously unnoticed.

·       Social networks: For someone who had most of their interpersonal interactions in their workplace, retirement can cause a divot in their social network. Often, work friendships can slowly drift off, resulting in feelings of loneliness and isolation for the retiree. At a time when an identity crisis is already taking place, losing friends and acquaintances can seriously harm the mental state of the person retiring.

These changes might be expected, but they can have real consequences on the retiree, such as depression and anxiety. Coping with such a major lifestyle change can seem like a daunting task, but it is normal to respond to it with mixed emotions.

How to deal with retirement

The first reaction to retirement is generally an emotional one. People adjusting to retirement initially feel freedom, but once that novelty wears off, they are bombarded with negative and gloomy thoughts. Anxiety and boredom are likely to follow. In such a scenario, suppressing emotions or letting the negative thoughts become overwhelming is not the right way. People should allow themselves to feel such mixed emotions, and accept them as a natural response to retirement. Finding a healthy way to deal with these mixed emotions, like walking, yoga, exercise, writing, are important.

The sudden change from a work routine to a less busy one can be staggering. One way to combat this is to try building a new routine filled with new activities. Retirees can experiment with various activities, including hobbies or volunteer work, occurring at different time slots to see how it feels.

While such a schedule does not have to be inflexible, it can be helpful to have a wake-up and go-to-sleep time to feel more normal.

The job we do often defines who we are. Doctor, teacher, psychologist, engineer, are all inherent to one’s idea of who they are. After retirement, retirees should not think they have lost their identity. They can redefine who they are, by engaging in new activities or changing their perspective. They can try being a mentor, a grandparent, a gardener, an artist, and many more.

Apart from this, a number of retired folks try out a less-demanding, and less stressful second career, usually one that is part time. If a retiree is still interested in maintaining another job, they can try out a second career path.

Being kind to oneself

Retirement can sometimes make the retiree feel guilty, or useless, as they look around at people working and contributing to society in visible ways. But they should not forget – they have had a long and enriching career, in which they have worked hard and contributed more than what they might assume. After 30 – 40 years in the workplace, they deserve to have the rest and time to do things that they have always dreamed about.

There are many things they can do to spend their time. But they don’t have to figure it out right away. They should allow themselves to experiment with multiple new tasks and activities. It will take a fair amount of experimenting to finally figure out what they want to do with their time. If they want to increase social activities and volunteer work, they can always do that. Retirement can be a beautiful opportunity. It can be spent keeping busy or relaxing. It depends on the person entirely – what they choose to do with it.