Cooperation in Righteousness and Piety 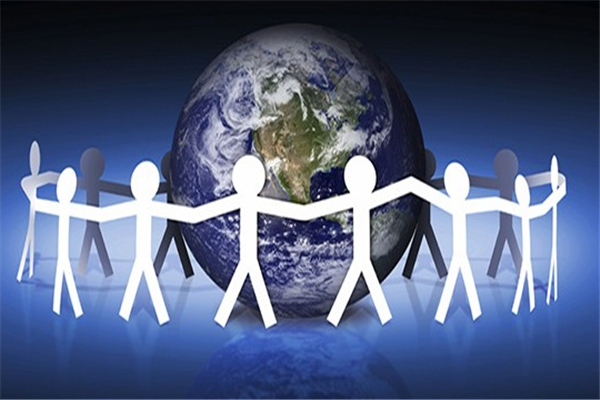 Almighty Allah (SWT) made mankind upon this earth a successive authority to establish justice and spread peace. He urged mankind to cooperate to achieve such great and noble goals; prevailing welfare and safety and deterring aggression. Allah (SWT) says, “And cooperate in righteousness and piety, but do not cooperate in sin and aggression”(Al-Qur’an, 05:02). In this verse of the Qur’an, Allah (SWT) calls for cooperation in righteousness and couples it with piety. This is because through piety one can win Allah’s (SWT) pleasure and through righteousness, he can gain satisfaction, and those who succeed to attain both of these domains will achieve happiness and be a helpful hand in spreading welfare. On this account, one of the ways through which Muslims can cooperate in righteousness and piety is by being in a row as though they are a single structure joined firmly in combating the enemy. Therefore, there is no doubt that it is a blessing for people to be able to form alliances to address problems, surmount challenges, deter the oppressor, and help the oppressed.

A good example on this matter is the coalition which was created by the Quraysh and other Tribes and was witnessed by the Prophet (Pbuh) before being blessed with the prophecy. The coalition, which was named “Hilfal-Fudoul” (League of Virtuousness), was concluded in the house of Abdullah bin Jada’an, and thereupon, its members committed themselves to support the rights of all those oppressed in Makkah and deterring their oppressor. Addressing such alliance, the Prophet (Pbuh) said, “I witnessed a confederacy in the house of Abdullah bin Jada’an. It was more appealing to me than herds of cattle. Even now in the period of Islam, I would respond positively to attending such a meeting if I were invited”. [The Sealed Nectar, pp. 61].  Indeed, “Hilfal-Fudoul” was one of the best and most noble coalitions that were ever formed amongst the Arabs.

Furthermore, the Messenger of Allah (Pbuh) used to praise any form of alliance established in the way of returning the rights to their legitimate owners. In this regard, he said, “There is no alliance in Islam but the alliance (Hilf) established in the pre-Islamic (Jahiliyyah) days (for good). Islam intensifies and strengthens it” [Muslim:2530]. In the interpretation of this Hadith, Imam al-Qurtubi said, “Islam strengthens any alliance that was committed to supporting the rights of the oppressed. Nevertheless, it dissolved all other alliances that had been established to oppress people and attack them”. [Tafsir al-Qurtubi]

The Prophet of Islam (Pbuh) never hesitated to support the oppressed people regardless of their religion or race. On the same matter, it was narrated that once a man came to Makkah complaining that Abu Jahl had bought some camels from him without paying him back. When the man asked the people of Quraysh to help him, they referred him to the Prophet (Pbuh). The Prophet (Pbuh) brought him to Abu Jahl’s house and asked him to give the man’s money back that he owed him. Abu Jahl immediately came back with the money. Then, the man went back to the Majlis of Quraysh and said, “May Allah grant him (the Messenger) a good reward. I have got what was owed to me”. [Sirah ibn Hishaam]

Amongst the duties of a Muslim towards his Muslim brother is to support him and defend his rights. The Prophet (Pbuh) said, “A Muslim is a brother of another Muslim. So, he should not oppress him nor should he hand him over (to his enemies)” [al-Bukhar:2442], i.e., a Muslim should not hand over his brother to those who may cause him harm, rather he should defend him and protect his rights. Thus, amongst the best and most important aspects of cooperation in righteousness is to form alliances to support the oppressed and relieve those in distress. In doing so, they will fulfill their duty in safeguarding their rights and preserving the interest of all people guided in this with the teachings of the Prophet (Pbuh), as he (Pbuh) said, “a faithful believer to a faithful believer is like the bricks of a wall, enforcing each other”. [al-Bukhari:481]

There are abundant benefits that can be attained through rallying around each other and cooperating in righteousness. This is, a means for achieving victory, strength, happiness, and glory in this world and the Hereafter, because, in doing so, believers will be advising each other to truth in line with the Almighty’s orders, “By the time, indeed, mankind is in loss, except for those who have believed and done righteous deeds and advised each other to truth and advised each other to patience”.(Al-Qur’an, 103:1-3). Another benefit is that employing such alliance and cooperation, Allah (SWT) will thwart the aggression of the aggressors for He says, “But if they intend to deceive you - then sufficient for you is Allah. It is He who supported you with His help and with the believers”. (Al-Qur’an, 08:62)

Indeed, by joining hands in righteousness, people will be protected against evil and become invulnerable to the criminals as well as the falsehood will be bound to depart. Thus, one of our priorities as Muslims is to form alliances to spread safety because Islam has been sent to guide people to the path of happiness and give glad tidings to those who do good that they will be rewarded with Paradise, dwelling therein eternally. Allah (SWT) says, “For them who have done good is the best [reward] and extra. No darkness will cover their faces, nor humiliation. Those are companions of Paradise; they will abide therein eternally”. (Al-Qur’an, 10:26)

Verily, the best blessing that the dwellers of Paradise rejoice is the opportunity to look upon the face of Allah, the Most Generous. Yet, those who have been corruptors transgressed the limits of others and did the things prohibited by Allah (SWT) were warned by Him with severe punishment. Allah (SWT) says, “Indeed, whoever comes to his Lord as a criminal - indeed, for him is Hell; he will neither die therein nor live”. (Al-Qur’an, 20:74)

Muslims must bear in mind that they have to take part in bringing welfare and peace to the society and help the ruler in protecting the rights of the oppressed and deterring the oppressor. In this regard, it was narrated that the Prophet (Pbuh) said, “Help your brother, whether he is an oppressor or he is an oppressed one”. People asked, “O Allah’s Messenger! It is all right to help him if he is oppressed, but how should we help him if he is an oppressor?” The Prophet (Pbuh said), “By preventing him from oppressing others”. [al-Bukhari:2444] On the same matter, it is narrated by Al-Bara bin Azib (RA), “Allah’s Messenger (Pbuh) ordered us to do seven things”, of which he mentioned, “to help the oppressed” [al-Bukhari:1239]. Additionally, Muslims should also forsake all such deeds that distort the image of Islam, such as violence and extremism, and adopt tolerance and moderation as a way of life, and by doing so, they will be following the footsteps of the Prophet (Pbuh), who was known for his kindness and mercy. In this regard, Allah (SWT) says, “There has certainly come to you a Messenger from among yourselves. Grievous to him is what you suffer; [he is] concerned over you and to the believers is kind and merciful”. (Al-Qur’an, 09:128) Truly, there is nothing better than following the guidance of the Prophet Muhammad (Pbuh) by adopting the principles of moderation and justice because these are the ways towards safety and righteousness.

Indeed, the formation of the Islamic coalition reflects an insightful vision of the leaders who establish it to be an impenetrable fort in the face of the sensual people who threaten the stability of whole humanity, and are ignoring the principles of truth and justice. Therefore, such an alliance is a legitimate and realistic need that should be met to protect the existence of the nation in the present time and preserve its capabilities in the future.

(The author is RK Columnist and a Senior Researcher of Islamic Studies at the BGSB University in Rajouri, Jammu & Kashmir. He can be reached at:  Khalid6484@bgsbu.ac.in)