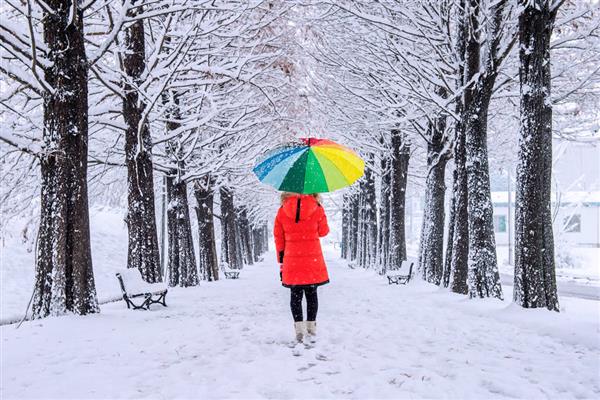 The prospect of snow days may be exciting, but winter can also bring a range of hazards from icy roads to frostbite. However, not many of us know that freezing weather can also affect our Cardiovascular system. When temperature drops, the risk of a heart attack and stroke increases.

Significantly more people die in winter compared to the warmer months. Older people, and those with existing heart or respiratory problems, are especially vulnerable to the physiological effects of the cold. Being aware can help you stay safe during a severe weather alert.

Mechanisms that could explain the association between cardiovascular diseases and temperature remain undetermined. Activation of the sympathetic nervous system and secretion of catecholamine are increased in response to cold temperatures. This could result in an increase in blood pressure through increased heart rate and peripheral vascular resistance.

In patients whose coronary circulation is already compromised, this extra demand may produce myocardial ischemia and, therefore, angina pectoris acute myocardial infarction (heart attack). Experimental studies suggested that alterations in temperature might also influence vascular function through an effect on endothelial nitric oxide syntheses and the bioavailability of nitric oxide.

Cardiovascular diseases (CVDs) are the number one cause of death worldwide. Seasonal variation in morbidity and mortality due to cardiovascular diseases has been noted, with higher incidence rates during the winter than in the summer. This variation is linked with multiple risk factors, such as temperature, physical activity, infections, and food habits.

Another potentially important seasonal risk factors such as seasonal variation in the plasma level of fibrinogen, cholesterol, Hormones and vasoactive substance including vasopressin (AVP), norepinephrine (NE), epinephrine (E) and angiotensin II, aldosterone and catecholamine which tends to rise in the winter is suggested to play an important role in the seasonal change of cardiovascular diseases.

However, the influence of these factors on the onset and course of cardiovascular events is not well understood. Several mechanisms have been suggested to explain this association.

A number of studies have focused specifically on the seasonal variability of deep venous thrombosis (DVT). Most studies have reported a higher occurrence of DVT during the winter months. DVT has been linked with meteorological influences, such as temperature, and low atmospheric pressure, seasonal variation in temperature were found significantly associated with an increased risk of DVT.

Furthermore, reduced physical activity during the winter months reduces blood flow in the lower limbs and decreased fibrinolytic activity have been suggested to be associated with the increased incidence of DVT.

Seasonal variation in pulmonary embolism (PE) has been well documented by several epidemiological studies with maximum and minimum incidences in winter and summer. A recent meta-analysis study published in 2018 confirms the existence of a seasonal and monthly variability of venous thromboembolism with a statistically significant peak observed in winter and in particular in the month of January.

The seasonal increases in pulmonary embolism episodes have been explained by the changes in coagulation factors level, peripheral vasoconstriction and reduced activity.

Several studies have reported a seasonal variation in the incidence of aortic rupture or dissection, which were found to be higher in winter time than in summer. The underlying cause is unknown, but hypertension and tobacco smoking are predisposing factors to aortic aneurysm rupture. Exposure to tobacco smoke is known to be greater indoors in cold weather and there is a winter peak of blood pressure in hypertensive patients.

A relatively high positive correlation was found between the incidence of acute aortic dissection and the mean atmospheric pressure in some of the studies. Winter is also characterized by a pro-thrombotic state. Fibrinogen levels demonstrate wide seasonal variation, increasing up to 23% during the colder months. Furthermore, a mild surface cooling can increase platelet and red cell count and consequently blood viscosity, thereby favoring spontaneous thrombosis.

Moreover, activation of the sympathetic nervous system and secretion of catecholamine are increased in response to cold temperatures. This could result in an increase in blood pressure through increased heart rate and peripheral vascular resistance. This enhances the forces that act to produce wall deformation, and increase friction and shear stress on the internal surface. The consequent vascular damage may progress, culminating in arterial dissection and rupture of the aorta

Seasonal influence on arterial blood pressure has been demonstrated by various studies based on single or repeated measurements among adults, the elderly, and children as well as healthy and hypertensive subjects.  Both systolic and diastolic mean blood pressures showing a seasonal peak during winter.

The cause of the winter increase in heart failure, among other factors, is increased peripheral vasoconstriction, which may lead to pulmonary oedema as a consequence of left ventricular failure and may also cause abnormal clotting. In patients with symptomatic congestive heart failure (CHF), cold exposure decreases exercise capacity and increases the already raised systemic adrenergic activation. As increased plasma norepinephrine concentrations are associated with increased risk of death from progressive heart failure, this may explain the increased mortality in winter.

Additionally, increased blood pressure, lack of vitamin D, physical activity and influenza, in winter have also been postulated as responsible factors for the higher number of cases during colder months.

Seasonal variation in the occurrence of atrial fibrillation has been documented, with peaks typically occurring in the winter. The mechanisms and factors underlying this phenomenon remain unclear, however the factors such as air temperature and humidity play vital roles in particular with concomitant ischemic heart disease or arterial hypertension as well as in the elderly.

Angina pectoris has been found to correlate with a combination of low temperatures and humidity. An increase in mortality from acute myocardial infarction (AMI) in the winter months was first reported in the 1930s. Since these initial observations, numerous studies have reported an increased morbidity and mortality from acute myocardial infarction (heart attack).

An association between seasonality and heart attack morbidity and mortality was found in most age and sex groups, with men consistently exhibiting a stronger seasonality pattern. Although this difference decreases with advancing age, the reason being the same Arterial blood pressure, vasoconstriction, plasma cortisol and catecholamines, platelet aggregability and numerous hematologic variables have all been shown to display a seasonal rhythm.

Potential environmental and lifestyle factors are also associated with precipitation of acute myocardial infarction like, physical exertion and outdoor temperature.

Seasonal variation in sudden cardiac death (SCD) has been well documented by several epidemiological studies with maximum and minimum incidences in winter and summer The exact cause of this variation is unknown, but it is believed that a combination of external and internal factors such as cold weather, increased platelet aggregability, decreased fibrinolytic activity, and other blood components involved in thrombogenesis may be an important risk factor in bringing on the onset of SCD in winter.

Elevated serum cholesterol level has been shown to be associated with an increased risk for death due to CVD. Serum cholesterol is strongly associated with endothelial dysfunction and reduced nitric oxide bioavailability which may lead to functional arterial stiffening. A significant seasonal variation in plasma levels of cholesterol has been reported in many studies, with maximum and minimum incidences in winter and summer.

The endothelium acts to maintain normal vasomotor tone, enhance the fluidity of blood and regulate vascular growth. Abnormalities in these functions contribute many disease processes, including myocardial infarction, coronary vasospasm and hypertension.

Over the past decade extensive evidence has been accumulated which shows that the elevated plasma fibrinogen levels and factor VII clotting activity (FVIIc) has a strong and consistent association with cardiovascular disorders such as ischemic heart disease, stroke and peripheral vascular disease.

Interestingly, seasonal variability with peak concentrations during cold months was shown for fibrinogen and FVIIc. Some authors have suggested an increased incidence in winter respiratory infections, which might cause an acute-phase reaction and consecutively lead to an increase in fibrinogen.

Fibrinogen may contribute to atherothrombogenesis by several mechanisms: Involvement in early atherosclerotic plaque formation (i.e., providing an adsorptive surface for LDL accumulation), involvement in the response to endothelial damage, increased platelet aggregability by interaction with glycoprotein IIb/IIIa receptors on the platelet surface, increased RBC aggregation, and finally, contribution to Plasma viscosity. An increase in these factors generates a “hypercoagulable state,” which may lead to a rise in cardiovascular morbidity and mortality.

A number of microbial agents have been implicated in the pathogenesis of atherosclerosis, including Chlamydia pneumoniae, Helicobacter pylori, and Influenza virus. A number of investigators have postulated that seasonal variations in cardiovascular diseases may be attributed, in part, to the fact that respiratory infections are more common in winter months.

Respiratory infections may increase the risk of developing or dying from cardiovascular diseases through an increase in plasma fibrinogen and endotoxin inhibition of fibrinolysis. Furthermore, the tachycardia and increased cardiac output that accompany many acute infections and febrile illnesses could increase the wall stress experienced by an atheromatous plaque. This could trigger coronary events by promoting disruption of vulnerable plaques.

Dietary intake in summer and winter is different. Several epidemiological studies have demonstrated the link between cardiovascular diseases and overweight, high blood pressure and increased serum total cholesterol. A significant and consistent relationship was shown between elevated plasma total and LDL cholesterol and the incidence of cardiovascular diseases. Weight gain, even to a modest degree, was found to raise blood pressure and serum cholesterol in winter.

The seasonal variability of cardiovascular diseases is quite clearly demonstrated by multiple studies showing mostly a peak in winter months. The exact cause of cardiovascular diseases seasonality is not known clearly. However, many theories have been given to explain the possible reasons underlying the development of a disease in winter more than other times in year.

Most of these theories commonly point out the fact that environmental factors such as temperature and less physical activity play an important role in the occurrence of cardiovascular diseases, particularly in advanced age patients. Although biological aspects are also known to contribute to the development of these disorders. This finding may have important implications; it seems that the risk of cardiovascular diseases appears to be the greatest during the winter months, particularly in elderly people.

The knowledge of the role of environmental and biological factors could be used to improve prevention measures and educational strategies, especially in people with a risk of diseases. People should be informed of the increased risk of cardiovascular disease during the cold seasons, and educated about the importance of regular physical activity and dressing warmly in winter.

Furthermore, people should be motivated to maintain healthy dietary habits including a low-fat intake. There is also need to manage hospital beds and other resources effectively in winter to avoid bed crisis