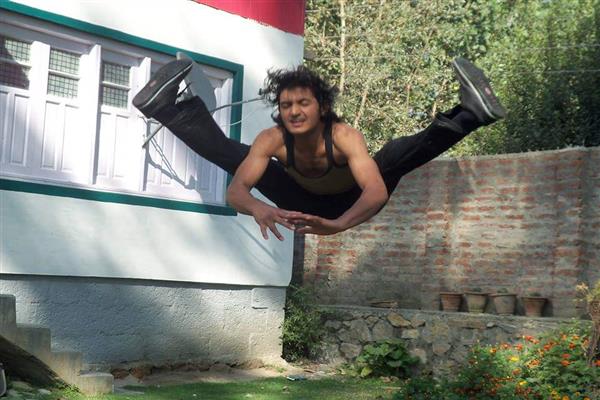 Known by the name of ‘falcon’, Afaq Abid a martial arts exponent from North Kashmir's Bandipora district has trained 27000 students for free to keep his passion alive for the art.

Hailing from Hajin village of the district, Afaq has honed martial art skills to students without any returns.

Afaq completed his post-graduation in English literature and was always passionate about learning new things but lacked support and guidance.

In a chat with Rising Kashmir, Afaq said he was in fifth class when he started practicing martial arts. "Though I was able to understand the basics of this art, I tried to find a teacher who could help me but failed to find anyone who had expertise in it", he said.

Afaq said he soliloquized himself that either he has to learn on his own or to leave his passion, following which he decided to learn martial arts on his own in 2009.

A year later, in 2010, Afaq was ready to train others and decided to enter schools and colleges to show demonstrations of art and to show them how to learn it.

Afaq continued teaching martial arts in schools and in 2013 he started performing moves in public parks. People used to throw money at him for displaying martial art moves but it dejected him with time forcing him to leave it.

Afaq realized that his future was not connected with his passion and decided to quit it as it was hurting him all the way now.

Afaq said he trained over 27000 students till 2017 and made the biggest contribution to the nearby areas of his native village in Bandipora district.

He said in 2018 he left his native place and moved to Srinagar and got a job as an English teacher. "Though I had decided to quit, I couldn't keep myself away from my passion.” He started to train students in Srinagar also.

Afaq has his own club in Kathpora village of Hajin where he provides training to students of the adjoining areas so they can know about martial arts.