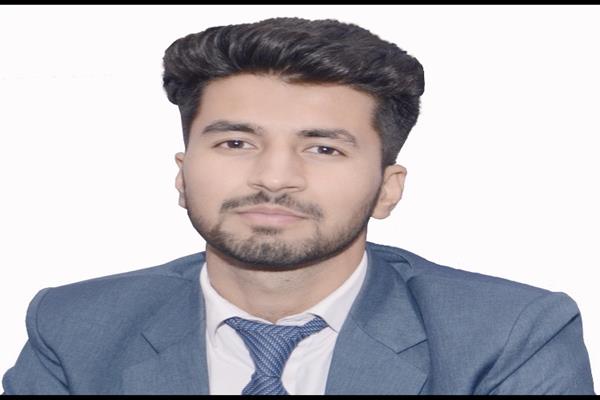 Believing that the ideas come naturally to those who search for it, Muheem Ahmad Nadaf makes innovations from scrap and whatever material he finds. He started doing innovations when he was in 7th standard.

Hailing from Nawa Kadal area of Srinagar, Muheem is inspired by his elder brother who is also an innovator.

While sitting at his home, he saw his mother trimming the nails of his baby sister. Due to the tiny nails of the baby, the mother was struggling to trim and the baby was also getting hurt.

After a few weeks, he devised a modified nail cutter with magnifying glass so that the nails of the babies can be zoomed and trimmed easily. Also a small compartment was attached with it to store the trimmed nails. In absence of light, the modified nail cutter would also work by the lighting system installed with it.

“It’s a small thing but I thought of increasing its efficiency by adding the options which were not available in conventional nail cutters. I tested the nail cutter on every member of the family and it proved useful,” he said.

Taking ideas by observing the things around, his other innovations include a needle zoomer.

He said, “Tailors, elderly people or people with weak eye sight usually find it difficult to pass the thread into the needle.  I made the device with a magnifier and equipped with lights so that one can use it in low light conditions.”

“I stayed in contact with them and participated in many programs conducted by them,” he added.

In 2020, he participated in the Open Innovation Challenge organized by National Institute of Technology, Srinagar and Zhejiang University, China, where he presented a mask made of aluminum. For the mask, he received the third prize in Jammu and Kashmir in the event.

“The masks which were used commonly had adverse effects on the environment. The mask that I made didn’t involve the use of plastic and other material which could damage the environment,” he said.

Talking about its efficiency and cost, he said, “the mask costs Rs. 4 and proved more effective than N95 masks.”

He has also researched on the use of UV rays to sanitize the objects during Covid times. The research paper titled Reusing and sanitizing the protective gear using UV rays was published in 2020 in India Science, Technology and Innovations.

The research was based on the fact that the objects which were used in hospitals during covid times can be sanitized in UV lightroom and can be reused.

He said, “The manufacturing was not going smoothly during Covid times and the essentials used in hospitals were not in abundance. Re-using was the only option but there was a fear of getting infected. To remove the virus from that, I had proposed research that we will make one room where UV lights will be installed and the things will pass through the room and get disinfected.”

The motive behind making the room was re-using the things as most of the times, the things were disposed off after a use which also led to wastage and caused a lot of environmental pollution.

“In the research paper, I explained how UV rays can clean the infected things and can be reused without any fear,” he said.

Currently he is working on an idea which can douse the fire caused by the bursting of cylinders.

He said, “Sometimes I feel some loopholes in my innovations but I work to improve them and modify them.”

He has passed his 12th class examination and has applied for an Environmental Engineering in Turkey.

Having focused on sustainability, he said his interest lies in photography and while capturing images, he roams around water bodies.

“I have seen people throwing a lot of waste in the water bodies which has taken a toll on aquatic life. I have seen dead fishes due to the water pollution. We are focusing on technology and development but simultaneously we forget our environment,” he said.

He believes that there is a need to save water bodies and prevent the environment from degradation.

“People say that in the past, the water of Dal Lake used to be pure and people would drink it. Its degradation has happened with the throwing of waste and the development happening around it. We should look for sustainable ways of development,” he said.

He feels that in Kashmir, the innovation culture has not yet formed and the idea of innovations and innovators is still alien to many people.

“Parents don’t encourage their kids to think out of the box. Students are confined to their regular books. We are told that there is a competition and we have to win but I believe that the competition is with oneself to get better every day,” he said.

He said that things should change in our society where innovators are needed and provided platforms.

“I feel that the government too needs to focus on innovations. There are many innovators who drop the idea because they simply can’t find the materials in the market or didn’t have money to conceive the idea. The innovators work to help society. They too should be uplifted,” he said.

Concluding with the message for youth who struggle to achieve their goals, he said, “There are ups and downs and one has to face rejection. Rejections make us better and stronger. Opportunity comes to everyone only if you are brave enough to get up after falling. Nobody helps you. It’s you who helps yourself.”