A seasonal outlook towards depression 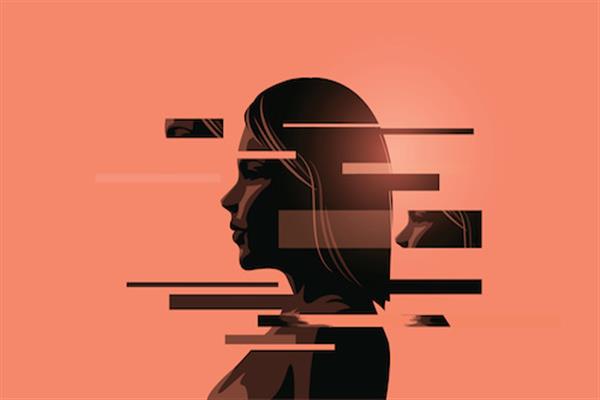 Usually when people are asked which season of the year they like the most, they might answer winters. But even the people who like it may not wish to get out of the bed, may feel a little sleepy or not wish to take a bath. Winters are characterized by a feeling of laziness but this might be temporary for some people and not affect them mentally or physically to a great extent. While this might not be true for everyone. Some people may feel tired/exhausted cyclically every winter and show signs of what is called as Seasonal Affective Disorder (SAD). SAD may also be seen during the spring/summer season but it is much less common as compared to that in the winter months.

Mood disturbances having a seasonal basis were first recognized by some of the well-known ancient scholars such as Hippocrates, Pinel, and Kraepelin. Whereas the first ever representation of a mood disorder with seasonal tendencies was done by Rosenthal et al. in 1983.

People with SAD may show symptoms similar to depression such as loss of interest in daily activities, decreased levels of energy in an individual, diminished ability to concentrate, feelings of hopelessness or worthlessness, problems in sleeping and thoughts related to death.

Majority of people experiencing seasonal depression may show at least one of the atypical vegetative symptoms also such as increased appetite with an uncontrollable urge to eat starchy and high carbohydrate content food, weight gain, tiredness although others may suggest having symptoms like reduced appetite, weight loss and insomnia.

In the fourth edition of the Diagnostic and Statistical Manual of Mental Disorders (DSM-4) SAD was included as the specifier of either recurrent major depressive disorder or bipolar disorder. In the International Classification of Diseases, 10th edition the diagnostic criteria of SAD have been provided.

A questionnaire known as SPAQ was developed by Rosenthal and his colleagues in order get information about the distinct symptoms of SAD. One of the features of SPAQ is the seasonality scale which tends to find out the seasonal changes in six symptoms.

The studies based on this questionnaire have given information that the prevalence of SAD is seen more in women as compared to men and along with that it is more common in younger people. Also, since SAD is associated with lack of light in winters it can assumed that most cases are reported from the higher northern latitudes. It is found that more cases are found in North America as compared to Europe. While some evidence confirms with this hypothesis and others give no correlation about this link between high latitudes and SAD.

In North American states such as New Hampshire the prevalence rate is 9.7 percent which is more to the north as seen in Florida where the rate is 1.4 percent. In India, almost 10 million cases of SAD appear every year.

The impairment of functioning can be seen in people experiencing SAD symptoms to a great extent even more in comparison to those suffering from any chronic medical condition. Majority of patients with SAD have disruptions in their social relationships and work life as the symptoms tend to interfere with their regular functioning.

Frequent symptoms, such as daytime tiredness and fatigue become concerns for work performance. It is possible that people have comorbid conditions along with SAD. People may have other psychiatric conditions along with having SAD. Not only the patients with mood disorders but also those with anxiety disorders and bulimia nervosa have also been found to be suffering from SAD.

Researchers have focused on finding the causal factors responsible for SAD since a long time. One of the biological factors is the circadian rhythm. It refers to the 24-hour cycle of all the physiological processes in humans. This cycle helps in coordinating the mental and the physical systems with each other. The various circadian rhythms are connected to a master clock which is called as the circadian pacemaker (found in the suprachiasmatic nucleus, which is part of the hypothalamus). Signals at different times of the day are sent by the clock genes in the SCN to regulate the various activities within the human body.

The SCN (suprachiasmatic nucleus) is very sensitive to the light and light thus acts as an external cue which tends to influence signals sent by the SCN to help coordinate the internal body clocks. The light being the cue for sending signals does that during the day and helps one being aware and awake. Whereas as soon as it is the night time there is production of the hormone melatonin starts by the master clock which thus making us fall asleep.

Winters are characterised by very less light exposure and leads to more melatonin production by the SCN and hence making us feel sleepy and fatigued during the day as well which are the symptoms of SAD.

The phase-delay hypothesis also has been studied a lot in order to understand the pathogenesis of SAD which is related to the circadian rhythm. This hypothesis suggests that there is a phase delay in the circadian rhythm during fall or winters when the day length decreases relative to the sleep-wake cycle or the usual body clock which leads to SAD development.

The second biological factors are the hormones such as serotonin. Research has shown that the serotonin levels and its precursor, tryptophan tend to fluctuate within seasons in humans. The secretion of the melatonin hormone is also increased in the SAD patients as found in some studies. Along with these two factors genetics has also been seen to play acertain role in SAD as observed by a lot of family studies. These studies indicate that genes may influence the tendency to experience SAD and show that 25%-67% people having SAD had family history of experiencing affective disorders.

Apart from the biological causes another factor of concern has been studied which is acclimatization to higher latitudes among ethnic groups. It has been argued that certain ethnic groups who have lived in the northern latitudes for several generations have adapted to the severe winters in those regions and suffer from SAD to a less extent.

One example of this is Iceland which is an island where population has been living in virtual isolation at the northern latitudes since long and the prevalence of SAD being very low over there. Many studies have been also emphasising the association of SAD with the immigrants as compared to the native people.

The most widely used method to treat seasonal affective disorder is bright light therapy also called as phototherapy or light treatment. One of the forms of this therapy is in which a light box is kept on the desk near the patient who is experiencing SAD. A distance of 0.5-2 meter is kept between the eyes of the patient and the light box. The exposure to light lasts generally from 30-120 minutes in a day and light intensity is 2000-10,000 lux depending on the closeness between the patient and the light source.

As the box is kept near the patient, they engage in other activities like reading or working on their laptops along with taking a glance at the lights occasionally. It is found that this kind of treatment works but patients can relapse once the light treatment is stopped. Therefore, it is important for the patient to receive the treatment till the time they are exposed to enough natural light. It is usually advised to take light therapy during the day time because engaging in it during evening/nights may make difficult for the receiver to fall asleep at night.

Pharmacotherapy is another treatment method in which certain medications such as the anti-depressants, selective serotonin reuptake inhibitors may be taken to get some relief from SAD symptoms.

The effects of exercise have also been witnessed in the female patients who responded well to both light therapy treatment as well as to exercise though exercise seems to have more effective function in treating people with non-seasonal type of depression. The CBT is also used for helping SAD patients through a process known as behavioural activation which involves helping the client identify and engage in activities both indoor and outdoor that they think are pleasant in order to overcome the feeling of loss of interest which is a typical symptom of SAD.

SAD like many other psychiatric problems has much effect on the individual in terms of creating a state of dysfunction during different seasons and reducing the capacity of the individual. Therefore, it becomes important to look at it as a matter of concern.